Share
For a passionate biker, when biking is a hobby, the world indeed revolves around a bike! This statement best exemplifies the persona of 26 year-old Dhiraj Baruah, an Indian Navy employee from Rupai Siding of Tinsukia district, Assam.
Dhiraj Baruah started giving shape to his hobby at the age of 22. He embarked with group biking adventures, traversing the Northeast mountainous terrain with motorbikes. He joined the Indian Navy in 2010. But his job did not deter his biking spirit. 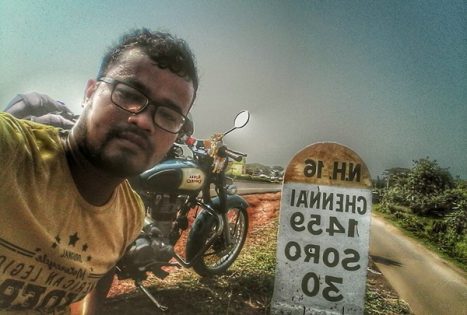 Whenever he managed to get time, he set out with his motorbike all alone, exploring India in her depth, from the South to the Northeast, spanning the eastern and northern borders.  For him this was just the beginning!
Solo Biking Trips:
1. Tinsukia (Assam) to Mayodia (Arunachal Pradesh) at the Indo-China border located 2,655 m above sea level.
2. Rupai Siding (Assam) to Pangsu Pass at 3,727 feet (1,136 m) in altitude on the crest of the Patkai Hills on the India-Burma (Myanmar) border. 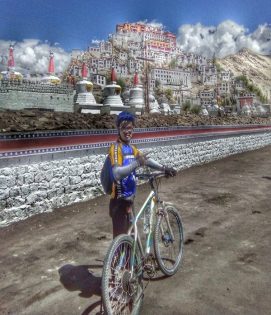 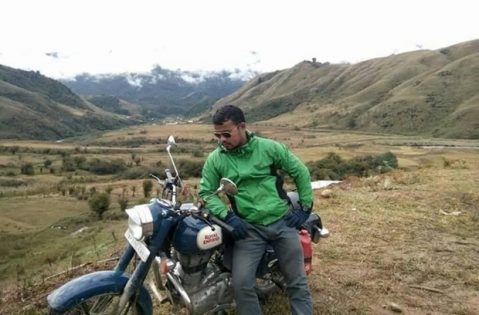 1. Tinsukia to Mechuka, a small town nestled 6,000 feet (1,829 m) above sea level in the Mechuka Valley in West Siang District of Arunachal Pradesh. The place located at a distance of 400 km from Rupai Siding is a paradise on earth, yet to be explored.

The route comprises of four consecutive hills the inclinations of which are more than 70 degrees. 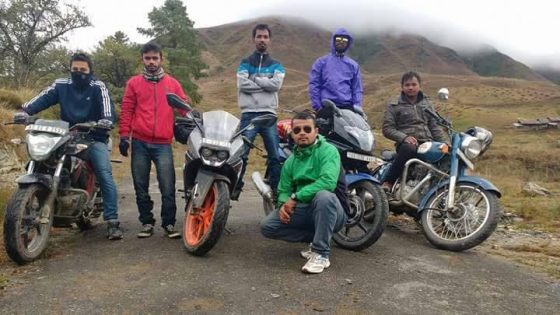 The Chinese in the 1962 Indo-China war penetrated into Mechuka. This forested valley, surrounded by pine trees and thorn bushes, is a retreat for scenic beauty lovers. The exotic tribes and snow-capped mountains will make you fall in love with the valley.
Dhiraj completed numerous more group biking trips with his friends.
Besides biking, Dhiraj Baruah is also an enthusiastic cyclist. He, along with a group of cyclists, completed a cycling trip under the aegis of ‘Walk to Himalayas’ in September 2016 from Manali to Leh. 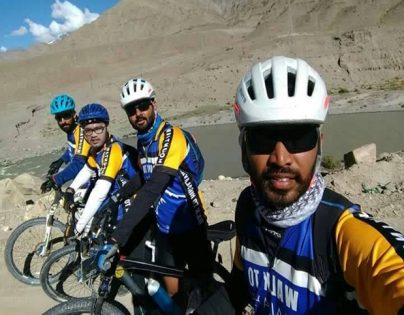 They crossed the world’s highest and second highest motorable roads Khardungla and Tanglaangla by bicycles, covering an approximate distance of 500 km in 8 days. Camping amid Nature and feasting their eyes amid the wonders of Nature.
Dhiraj Baruah owns two motorbikes – a Royal Enfield and an Apache. These two bikes have stood by him through thick and thin in his biking adventures. His wish is to explore the length and breadth of India in her entirety in solo biking.
And his biking expeditions continue….
The following two tabs change content below.