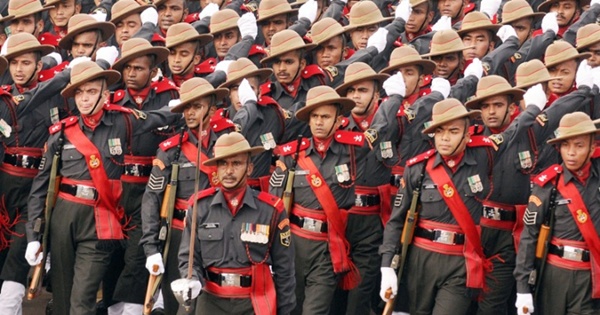 Death of Badluram gave life to hundreds of other jawans! It is related to a true story from World War II where 100 million plus people from over 30 countries were involved. Yes, for several days Indian soldiers survived on his name after his death!

It was formed on 15 June 1941 in Shillong. Countering the threat of the Japanese invasion of India was the key objective behind its formation. Today it has 22 battalions. All jawans in this regiment are recruited exclusively from the Northeastern states. Its emblem is the rhino. It is an Infantry regiment of the Indian Army. It is the Assam Regiment.

Badluram ka Badan Zameen ke Neeche Hai is the regimental song of the Assam Regiment. The passing out ceremony of recruits is celebrated at the Regimental Center at Happy Valley, Shillong. It is called the Kasam Parade. Young recruits march, sing, and foot stomp to the tune of this regimental song.

Indian soldiers participated in World War II under the British Raj. Every soldier stationed in the war zone was entitled to ration. It was the duty of the Quarter Master to report deaths to the authority. Ration of the dead were then stopped. During the war, a jawan named Badluram from the Assam Regiment was martyred. The Quarter Master did not report his death. As a result, the Assam Regiment continued receiving the ration share of Badluram even after his death. This resulted in surplus ration in a few months.

Eventually, Japanese soldiers surrounded the Assam Regiment and cut them off from all logistical assistance. The regiment stopped getting ration and other supplies. It was then that Badluram’s share of surplus ration helped them make it through the siege that lasted several days. Badluram’s ration saved them from starving!

Had the surplus been not there, the soldiers would have been starved to death! The regimental song is a tribute to Badluram. The lines start with:

Do you know tagda raho is a regimental salutation of the Indian Army? During the 1960s, Maj. Gen. S.C. Barbora (Late), commanding officer of the Assam Regiment, introduced this unique greeting. ‘Tagda ho?’ was the question he asked his soldiers to inquire about their morale. ‘Tagda hai saheb’ was the polite response from the soldiers. Over time, this greeting became popular!