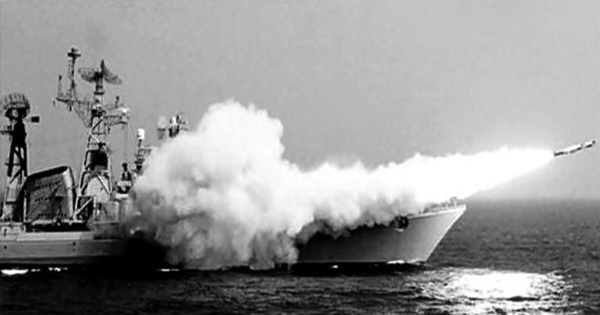 On 4th December, every year, India celebrates Indian Navy day. On this day, India salutes the bravery, role, and achievements of Indian naval forces, especially their contribution in the Indo-Pak War of 1971. Indian Navy played an instrumental role in India’s victory in the war. Aditya Bakshi in his documentary Killer Squadron: The Indian Navy’s Historic Strike on Karachi 1971, realistically revives the memory of this battle through use of advanced animation techniques.

In the annals of naval history, the Indian Navy’s strike on Karachi Harbour is unique and unprecedented. It was for the first time that missile boats were used in South Asia. The Styx Missiles on the Osa missile boats sank six Pakistani ships and set the Karachi harbour aflame – not once but twice in the space of a few days. It was deemed mission impossible but despite all Cassandras of doom, Admiral Nanda stuck to his vision doggedly and his boys pulled it off.

A mastermind behind Operation Trident and Operation Python, Admiral Nanda effectively executed a naval blockade of both West and East Pakistan, helping India attain a crushing victory. Striking hard against Karachi, Pakistan’s main port was his strategy against West Pakistan. Under his command, missile boats were towed to about 250 nautical miles south of Karachi during the day. He ensured that the missile boats were out of range of the Pakistan Air Force aircraft. At night these boats closed in on Karachi port, attacking naval targets including oil tank farm at Keamari. Operation Trident was successfully executed on 4 December 1971. PNS Khyber, Pakistani destroyer and PNS Muhafiz minesweeper sank in the attack. The Pakistan Navy reciprocated with their submarines hunting out for Indian warships, but in vain.

Commander BB Yadav, a crusty old bachelor of the Indian Navy, had been given charge for the Top secret project AK-25, the raising of the Missile Boats Squadron. This had a total of eight missile boats in two divisions of four each.

In war with the Indian naval forces, Pakistan lost half of its navy. The Karachi port was badly destroyed. Indian Navy captured three of their big merchant navy ships and 10 smaller ships. Around 1900 Pakistani naval personnel lost their lives and 1413 captured. 18 of Pakistan’s cargo and related vessels in addition to 2 destroyers, 3 patrol crafts, 7 gunboats, 1 minesweeper, and 1 submarine were destroyed.

Aditya Bakshi has used amazing 2D/3D animation and VFX to bring to life this Naval Battle of Karachi, especially on the Osa missile boat attack on Pak Navy home base of Karachi that sank 6 ships and set oil tanks on fire for a week. He has depicted these battle scenes realistically. This is unprecedented in Indian War Documentaries. This documentary film by Aditya Bakshi is part of a series on The Famous Battles of India.