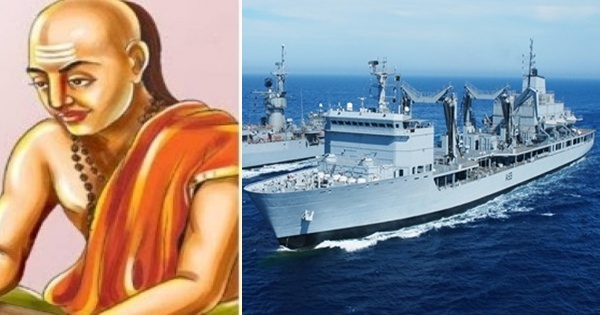 Indian Navy played an instrumental role in India’s victory in the Indo-Pak war of 1971. 4th December is celebrated as Indian Navy Day. On this day, India salutes the bravery, role, and achievements of Indian naval forces, especially their contribution in this war.

It was the night of 4th December 1971. Operation Trident was ready for action under the commandment of Vice Admiral S.N. Kohli in the western naval base. And they attacked the port of Karachi with missile boats. PNS Khyber, Pakistani destroyer and PNS Muhafiz minesweeper sank in the attack. The Pakistan Navy reciprocated with their submarines hunting out for Indian warships, but in vain. 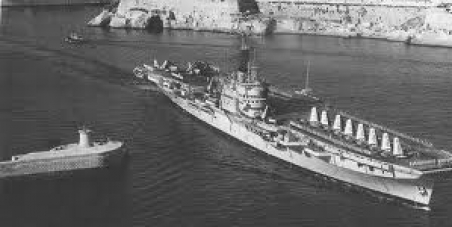 In war with the Indian naval forces, Pakistan lost half of its navy. The Karachi port was badly destroyed. Indian Navy captured three of their big merchant navy ships and 10 smaller ships. Around 1900 Pakistani naval personnel lost their lives and 1413 captured. 18 of Pakistan’s cargo and related vessels in addition to 2 destroyers, 3 patrol crafts, 7 gunboats, 1 minesweeper, and 1 submarine were destroyed. Eventually, India won the war against Pakistan.

Marthanda Varma, the Raja of Travancore was one of the first Asian kings to badly defeat a robust Dutch army in a naval battle at Colachel in 1741. As per the book Battle of Colachel by Frederic P. Miller, Agnes F. Vandome, and John McBrewster, it was the earliest example of defeat of an European power in Asia. Marthanda Varma captured all the Dutch forts and crushed their expansion in India. Had Marthanda not checked or destroyed their expansion, there would have been an extended Dutch rule in India like the British!

During the 17th century, the strong Maratha Navy under the kingship of Chhatrapati Shivaji, defended the Indian waters against numerous foreign forces. The Maharaja’s naval force was well trained and their ships were mounted with cannons, always ready for action. Shivaji erected watch posts on the Andaman Islands, which helped him keep a watch on foreign ships. His naval forces attacked English, Dutch and Portuguese ships and captured British vessels.

Few Maratha naval commanders worth mentioning are SidhoJi Gurjar, Kanhoji Angre, Mainak Bhandari, and Mendhaji Bhatkar who plundered Portugese and British ships, killing thousands of the enemy sailors. Such was the robustness of the Maratha naval forces and ships in the India waters that Shivaji, who started the robust bases, came to be known as the ‘Father of Indian Navy’.

Maratha naval admiral Kanhoji Angre was involved in naval battles with the British, Dutch and Portuguese in the Indian waters many times. For more than four decades, he guarded the western coast of India and became a terror to European powers at sea. He always led his sailors to victory. He never faced defeat. He emerged as a master of the Indian waters from Surat to south Konkan. He elevated the naval prestige of Maharashtra in particular and India in general in the Indian waters during a period when the Mughals, British, Portugese, and Dutch held power. He remained victorious until his death! 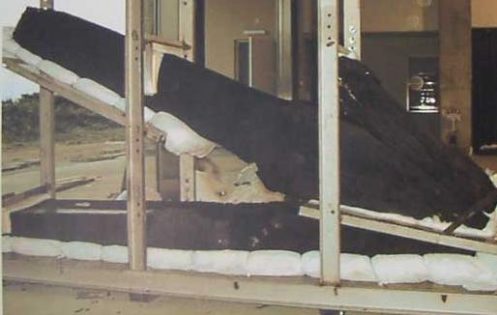 Anchor of an Unknown LOLA class Chola ship, excavated by the Indian Navy divers off the coast of Poombuhar; Image source: Wikipedia

Rudranarayan of Bhurishrestha Bengal from the 16th century stationed a strong naval force along the Damodar and the Ron river banks of his territory. It was a strong river naval base along the Brahmaputra that led Ahom commander Lachit Borphukan of Assam decimate the Mughal forces in 1671 in the Battle of Saraighat. Before this another naval battle was fought in Assam between the Ahoms and the Bengal Sultanate in 1533. It was the battle of Duimunisila. Tonkham Borpatra Gohain, the Ahom general, badly defeated the Afghan forces killing the Islamic commander Turbak Khan. The battle took place at Duimunisila along the banks of the mighty Bharali River.

Historical records corroborate the stationing of naval forces by the Mauryas, Guptas, Palas, Cholas, Satvahanas, Vijayanagara, and more in the Indian waters. Vijaya of Bengal defeated the Ceylonese and established his kingdom in Ceylon. The Pala Navy kept strong guard in the coastal areas along the Bay of Bengal. Chandraketugarh, which was part of the Gangaridai kingdom, (presently called Kolkata) was a port city. Gangaridai finds mention in accounts by Ptolemy, a Greco Roman geographer, astronomer, and mathematician from the second century CE.

The Chola Navy led naval expeditions between 900 to 1100 AD. Few successful naval expeditions include conquest of Indonesia (then known as Sri Vijaya) and Ceylon islands. It was under Rajaraja Chola I and his son Rajendra Chola I, that the Chola dynasty expanded their territories with a robust military and naval base. Raja Marthanda Varma of Travancore was one of the first Asian kings to badly defeat a robust Dutch army in a naval battle at Colachel in 1741.

Chandragupta Maurya’s Prime Minister Kautilya (Chanakya) in his book Arthashastra had written about ocean waterways. According to an article published at indiannavy.nic.in, “Chandragupta Maurya established an Admiralty Division under a Superintendent of Ships as part of his war office, with a charter including responsibility for navigation on the seas, oceans, lakes and rivers.” 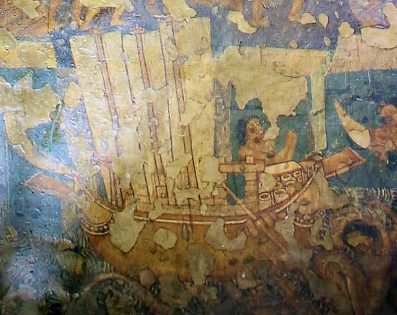 Discovery of Dwaraka under the waters in the Arabian Sea in three different locations and archaeological evidences of the existence of port corroborate the fact that Dwarka was also a naval base several thousand years ago. Marine archaeologists discovered triangular stone anchors with three holes in coastal Gujarat under the waters. During the Indus Valley Civilization times, Lothal in Gujarat had a tidal dock. Evidences are found near the Mangrol harbour in Gujarat.

Do you know that the history of Indian maritime dates back to thousands of years, as early as the pre-Rigved period? The Rigved finds mention of Varun, the God of water and the celestial ocean, as having knowledge of sea routes. 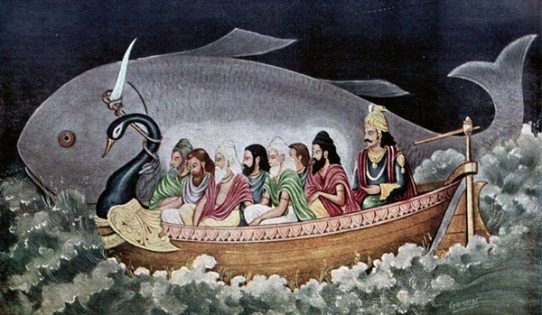 Do you know most of the Indian naval warships are of indigenous design? These warships, built in Indian shipyards, are at par with international counterparts and those constructed by advanced countries. Indian Navy inventory is equipped with sophisticated submarines, advanced missile-capable warships, latest aircraft, minesweepers, and aircraft carriers. The fifth largest naval force in the world, Indian Navy has two major naval bases in Mumbai and Visakhapatnam. 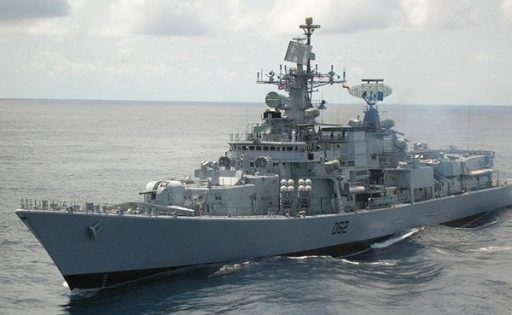