How Wikipedia is Biased against Truth and Vilifies Dharmic Concepts 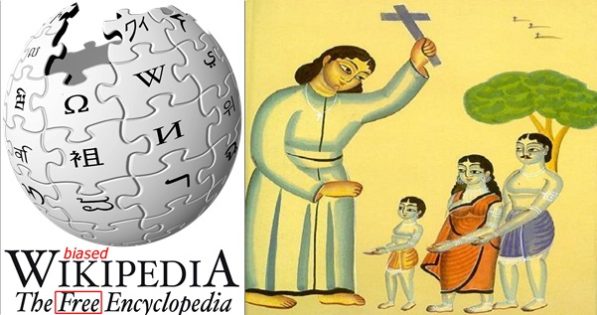 Recently there has been a rise of statements about Wikipedia, on how this platform is used to vilify Dharmic concepts and systems like Ayurveda.  Here is my experience with Wikipedia.

I became an editor of Wikipedia in 2004, which then promised as a democratic encyclopedia which can be grown by people with expert knowledge on specific topics, through their contributions and edits. 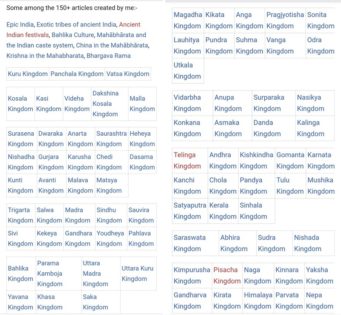 150 articles created by me (Jijith Nadumuri Ravi) on Wikipedia

Things went well till 2008, after which Wikipedia was proliferated with anti India, anti Dharmic editors who vandalized or distorted my pages and also any page with Dharmic content or content related to India or Hinduism.

In 2009 I spend a lot of my bandwidth in maintaining my Wikipedia pages from frequent vandalism and re edits that turned the pages unrecognizable from its original state.

Then I created my own website AncientVoice in November 2009, with features similar to Wikipedia and recreated all the pages of ancient janapadas and cities of Bharata there. I also republished my Bharatavarsha maps and all my paintings at AncientVoice.

Besides, I authored 100s of articles on travel narratives of the Pandavas and Rama and other articles about the characteristics of individual personalities like Bhima, Arjuna and others in the site. These articles were used by Swastik Pictures in the Mahabharata TV series in Star Plus. I was engaged in the early stages of its production. I also wrote more analysis articles on the longevity of Bhishma, Aryan-Dravidian fakery, on the concept of seperating facts from the magical narratives etc there. 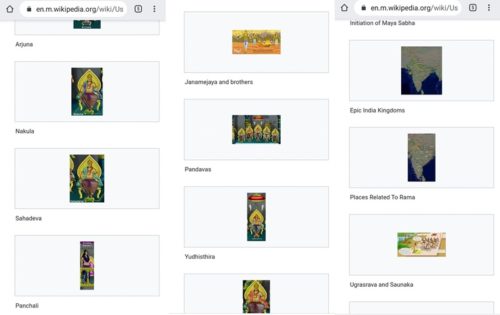 Few maps and images I created and added to Wikipedia

Then I created sister wiki sites viz. Naalanda with similar Wikis for the 18 major Upanishads, Tirukkural and Silappatikaram of Tamil tradition and another site viz. Takshasila with world’s only available wiki for the Greek epics Iliad, Odyssey and for the Avestan (Zoroastrian) texts like Vendidad, Visperad, Yazt and Yazata.

Thus I created an alternative for Wikipedia on topics dealing with Bharatiya, Greek and Avestan texts.

If Ii continued with Wikipedia i could have never achieved any of these or create these alternatives in the form of AncientVoice, Naalanda (click here), Takshasila (click here) and RecentVoice (click here).

The last site RecentVoice is used to write on topics related to current affairs and to salvage articles deleted or distorted by Wikipedia or not admitted by Wikipedia. Thus it contains articles of Maria Wirth and Ishvar Sharan.

After the request by Sri Ishwar Sharan, a Westerner who took Sanyasa diksha and living in India, who has done detailed research on St Thomas, I started editing the St Thomas article in Wikipedia which contained gross distortions.

He himself tried to correct the grossly wrong Wikipedia article about St Thomas visiting the places like central and southern Kerala establishing churches and then got martyred by the local Brahmins at Mylapore Chennai. Unable to succeed due to vandalism he sought the help of many Wikipedia editors including me. But a big gang of Church paid Wikipedia editors thwarted our attempts to rectify the article. The battle went for 2 years.

Finally realizing that fighting in Wikipedia is a waste of time I salvaged the article in my wiki site Recentvoice. 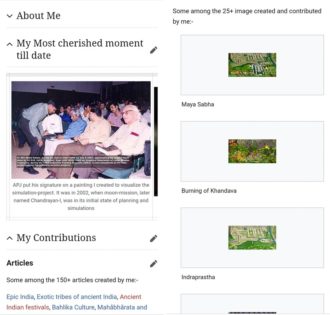 It shows the original portrayal of saint Thomas was different than what is understood today. In the oldest Abrahamic chronicles his name was Dydymus a twin brother of Yeshu, a Yeshu-lookalike. Yeshu sold him as a slave to a naval merchant who was trading with the eastern nations. He reached a Zoroastrian kingdom in Pakistan (Baluchistan or Sindh).

There he tried to convert the king’s daughter and the bridegroom on their wedding day in their bedroom! For this crime and for trying to convert many of his subjects through a false religion, the king sentenced him to death. The Zoroastrian soldiers killed him by piercing him with spears.

This original story is then modified by missionaries to the effect that he is portrayed as appearing in any random place where these missionaries want to convert the local population! They will also portray that some random local chief martyred Thomas. 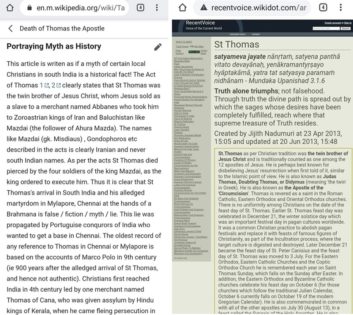 Wikipedia and RecentVoice on St Thomas

In this way, the story of Thomas arrival and his martyrdom is planted in Brazil, Africa, Iran, Pakistan, South India and Tibet, China, South Korea too!!

How many times in how many places a single person die?

All in the name of missionary conversion!!