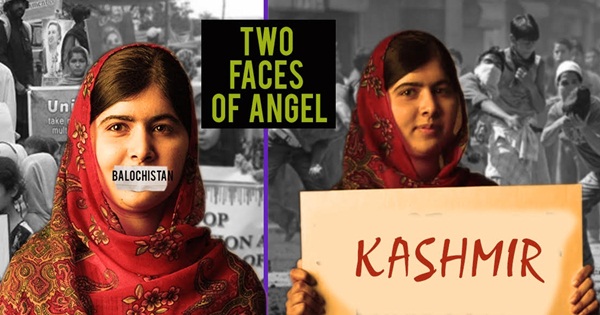 Few hundred were happy, few lakhs misled and million other persecuted but some “great people” were silent. While few hundreds faced crackdowns, and rest others happy, those “great people” have started screaming. This is called the art of “hypocrisy” that has rocked the crown of India – Kashmir. If ones check sincerely, this kind of “hypocrisy” has been virtually strangulating the throat of humanity in modern times. Yes, the right to freedom of speech is best used to encourage these double-standard folks so that their agendas are repeatedly published and quoted while the right to freedom of speech for the “innocent and the oppressed” are undermined and ceased.

Needless to say, Kashmir, a heaven on earth, was bleeding with all kind of brutalities since 1989. That finally saw over half a million Hindus being heartlessly deported out of their place of origin. The “warnings of death” were announced through loudspeakers but not made “audible” to others who mattered or who could have stood against and controlled the massacres. Most of the popular columnists were on holiday during those bloodbaths in the Valleys.

So, in just a period of a month or two endless Hindus were killed and countless women were raped, some in front of their parents and relatives. Bust such beastly brutalities hardly became the news. Many suspect it as an insidious “design” to erase that pre-meditated “genocide” from the history of India as they have done with the inhuman brutalities of Alaudin Khilji, Mohd. Gazni, Mohd. Ghori, Babar, Akbar, Aurangzeb, Tipu Sultan, to name a few. Yes, those groups of intellectuals celebrate all those invaders applauding them by saying that they enriched Indian culture by teaching us how to cook tandoori, biryani and to sing Qawwali!

If any patriots raise voice against the despotic invaders, those renowned and awarded intellectuals, mostly with Padma Bhushan and Padma Shri, lose their cool. Then they quickly pick up pens and papers. Yes, their masters have distorted the history of India and “erased all the glories of the nation”. They are the product of having been taught skewed history for the last 60 years. What more, now our own children now believe and quote the false data. They faithfully assume WRONGS as right. So, having been moulded thus they now jazz up their gesture and posture accordingly. They may even willfully belittle you; and brand you as a bhakta & sanghi if you try to correct the misinformation they learnt. 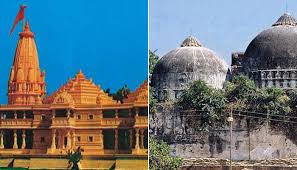 Are there not the top intellectuals who firmly believe that Babari Masjid is a sacred spot in India and so the “birth of Ram” should not desecrate it. Therefore, they continuously resist Ram Temple and call 6th December as the darkest day in Indian history. Pulwama, Uri attacks, Mumbai attack, parliament attack are no incidents to be reckoned with. They were not convinced that Babari Masjid was constructed by destroying the sacrosanct of Hindu faith though the archaeological scholars have paraded a number of artifacts and remains. Instead, Indian scholars call Lord Ram and Krishna as mythical characters while they write poems on Akbar the great and Tipu Sultan. For them, India is best known for Taj Mahal. They bask in Aryan invasion theory and called English as their mother tongue. They are perfect Macaulay children as conceived by him about two centuries ago!

What is very disillusioning is that even BBC, Washington Post, New York Times are siding with biased and corrupt intellectuals. So, they are pouring sympathies for a few thousand who were till yesterday gave hell to the millions of “innocent natives” and the Government of India. Yes, their hearts are bleeding for those all who had overtly encouraged and invited terrorists from across the POK border.

Since last month many NGOs, individuals, group of native communities have been coming forward to tell the whole world that people now feeling a true sense of optimism, peace and happiness in Kashmir because those who caused the problem with guns and bombs are now under control. But sadly, that news gets filtered out; BBC and Time never carry them. Well, the double standard of those so-called credible media has already been a talk of the town, nay talk of the world. David Vance, a renowned British journalist writes on twitter other day – “Between 1990 and 2000 at least 300000 people were ethnically cleansed from Muslim controlled Kashmir. That’s a huge number and yet the BBC never once investigated it. Now that India is restoring civility to Kashmir, the BBC are outraged and eyes on the ground!”

TIME magazine faced a barrage of criticism when it deliberately published an “erroneous” article by Aatish Taseer — “Modi – India’s Divider-in Chief “. This has literally eroded the credibility of the most prestigious magazine in the world. Yes, it is totally hard to trust all reliable sources these days. Even one awarded for the service to the humanity and epitome of virtue is doubted. The Nobel prize winner Malala has been dressed down repeatedly for her shifty hypocrisy. A champion of human right, she did not utter a word when countless Yazidi girls were taken captive for slave sex by ISIS. She sealed her lips to say anything against the killings and rapes of Hindus, Sikh, Sindh, Pashtuns and native of Balochistan in Pakistan. Why does She reside in Birmingham, UK and not in her own country? She was chased out of her country -PAKISTAN.

But now She is becoming pretty active to take side with Pakistan and scathingly criticizes India and its people with respect to Kashmir and abrogation of Article 370. Recently a renowned columnist — Katie Hopkins hit out at Malaya thus -– “Another Hindu girl butchered in Pakistan. And suddenly the world is deaf and dumb. Where are you now Malala? Cat got your tongue?” One wonders when it will occur to the Nobel laureate that she should speak the language of humanity and should feel the beats of the hearts of all human beings. That award was given to her for “peace” hoping that will make peace with all — regardless of their religions, cultures and the countries they belong to. Such devious figures and intellectuals should be exposed before it is too late. They are poised to hurt the integrity and sovereignty of this great India.

Certain Indian scholars call Lord Ram and Krishna as mythical characters while they write poems on Akbar the great and Tipu Sultan. For them, India is best known for Taj Mahal. They bask in “Aryan invasion theory” and called English as their mother tongue.

Images used in this article are provided by author.

How Wikipedia is Biased against Truth and Vilifies Dharmic Concepts