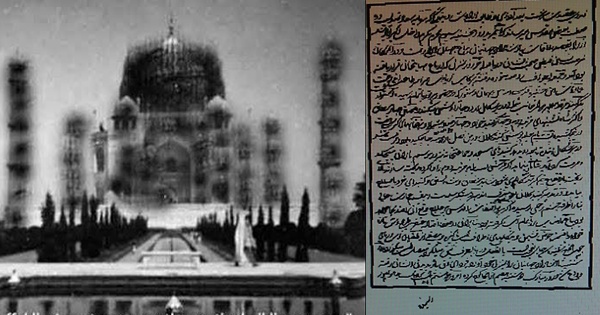 “We can learn from history, but we can also deceive ourselves when we selectively take evidence from the past to justify what we have already made up our minds to do.”  – “Margaret MacMillan”

The controversy surrounding TEJO MAHALAYA, falsely called Taj Mahal can now be put to rest considering the evidences hidden by the so called modern historians who followed their masters for petty positions and power. History has been used by Congress sponsored communist historians and secular parties to belittle the great achievements of ancient men and women of Bharatam, while evidences go against the false rendition of this anti Indian group. In every way through the documents left behind by their own glorified barbarians who praised their own conquests and murders of innocent of pacifist Hindus!!! 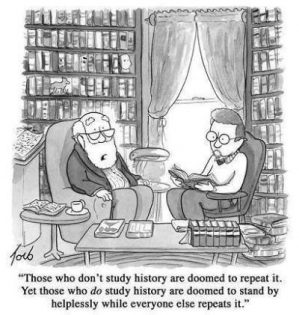 Tejo Mahalaya falsely called Taj Mahal has been now proved to be a Hindu Monument like thousands dotting the country side made by Hindu kings, falsely usurped by Mughal kings in their name. To prevent the Hindu takeover these were turned into mausoleums by burying themselves and their progenies so that Hindus would not be able to establish their places of worship again as it would be contaminated with their graves! Shri P.N. Oak an ex-soldier of Netaji Subhash Chandra Bose’s INA had presented many evidences which was rejected by so called historians as they could not allow such truth to be published. 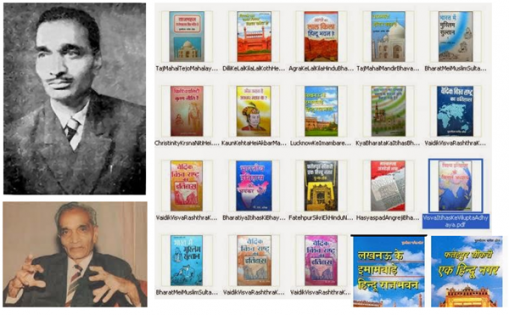 One such proof of the Tejo Mahalaya as a Hindu structure is very clear and it is documentary evidence by AURANGZEB himself! Aurangzeb’s Letter to Shah Jahan Proves Taj Mahal is a Hindu Structure!!!

The Mughals, during their rule, looted and destroyed hundreds of thousands of Hindu temples. Do you know Aurangzeb himself destroyed 30,000+ Hindu temples during his reign? Some of the larger temples were converted into mosques or other Islamic structures. Ram Janmbhoomi (at Ayodhya) and Krishna Temple (at Mathura) are just two examples. Many others exist!

The most evident of such structures is the Taj Mahal, a structure supposedly devoted to love by the ‘great’ Mughal king Shah Jahan to his favorite wife Mumtaz Mahal. Not known is that Shah Jahan himself  had a harem of 5,000 women! The further glory was that the same Shah Jahan had an incestuous relationship with his daughter namely Jehanara/Roshnara justifying it by saying, ‘a gardener has every right to taste the fruit he has planted’! European traveller Francois Bernier wrote in his book Travels in the Mogul Empire (translated by A. Constable and edited by V. A. Smith) that Shah Jahan had an incestuous relationship with his daughter Jahanara Begum – “Joannes de Laet was the first European to write about this rumour. Peter Mundy and Jean Baptiste Tavernier have also written about the same allegations.” Is such a person even capable of imagining such a wondrous structure as the Taj Mahal let alone be the conceptual architect of it?

The answer is no! It cannot be. And it isn’t as has been proven. The Taj Mahal is as much a Islamic structure as is Mathematics a Muslim discovery! The famous historian Shri  P.N. Oak has proven that the Taj Mahal is actually Tejo Mahalaya, a Shiva temple-palace. His work was published in 1965 in the book, Taj Mahal – The True Story[1].  However, we have not heard much about it, true to their pandering to specific religion; it was banned by the then Congress government namely Indira Gandhi.

One more valuable evidence of all that Tejo Mahalaya is not an Islamic building is in Abdul Hamid’s book Badshahnama [2] which contains the history of the first twenty years of Shah Jahan’s reign. Hamid has stated that Taj Mahal is a temple-palace taken from Jaipur’s Maharaja Jaisingh and the building was known as Raja Mansingh’s palace. This by itself is enough proof to state that Tejo Mahalaya is a Hindu structure captured, plundered and converted to a mausoleum by Shah Jahan and his gangsters.

A very important proof that Taj Mahal is a Hindu structure is depicted by Aurangzeb’s letter to Shah Jahan in Persian in which he has unintentionally revealed the true identity of the Taj Mahal as a Hindu temple-palace.

Prince Aurangzeb’s letter to his father, emperor Shahjahan, is recorded in at least three chronicles titled Aadaab-e-Alamgiri, Yadgarnama, and the Muruqqa-i-Akbarabadi (edited by Said Ahmed, Agra, 1931, page 43, footnote 2). In that letter Aurangzeb records in 1652 A.D itself that the several buildings in the fancied burial place of Mumtaz were seven storeyed and were so old that they were all leaking, while the dome had developed a crack on the northern side. Aurangzeb, therefore, ordered immediate repairs to the buildings at his own expense while recommending to the emperor that more elaborate repairs be carried out later. This is the proof that during Shah Jahan’s reign itself that the Taj complex was so old as to need immediate repairs. 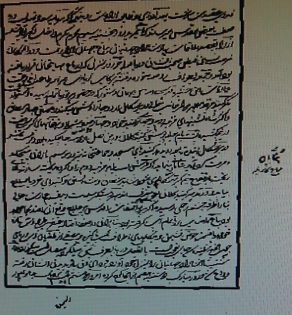 That the Taj was a seven storyed building was mentioned by Prince Aurangzeb in his letter to Shah Jahan. The marble edifice comprised four stories including the lone, tall circular hall inside the top, and the lone chamber in the basement. In between were two floors each containing 12 to 15 palatial rooms. Below the marble plinth reaching down to the river at the rear were two more stories in red stone. They may be seen from the river bank. The seventh storey must be below the ground (river) level since every ancient Hindu building had a subterranean storey.

Shri P.N. Oak’s Taj Mahal – The True Story provides several proofs and logical points to prove that the structure known as the Taj Mahal is actually Tejo Mahalaya. The term Taj Mahal is a corrupt form of the Sanskrit term TejoMahalay signifying a Shiva Temple. Agreshwar Mahadev i.e., The Lord of Agra was consecrated in it.

The famous Hindu treatise on architecture titled Vishwakarma Vastushastra [4] mentions the Tej-Linga amongst the Shivalingas i.e., the stone emblems of Lord Shiva, the Hindu deity. Such a Tej Linga was consecrated in the Taj Mahal, hence the term Taj Mahal alias Tejo Mahalaya. 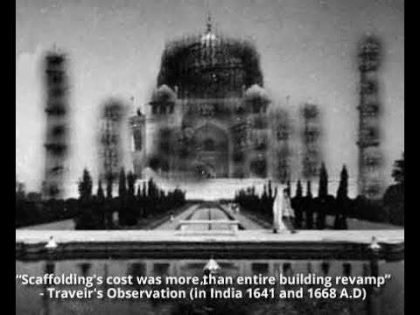 In India there are 12 Jyotirlingas i.e., the outstanding Shiva Temples. The Tejo Mahalaya alias The Taj Mahal appears to be one of them known as Nagnatheshwar since its parapet is girdled with Naga, i.e., Cobra figures. Ever since Shah Jahan’s capture of it, the sacred temple has lost its Hindudom.

Agra city, where the Taj Mahal is located, is an ancient centre of Shiva worship. Its orthodox residents have through ages continued the tradition of worshipping at five Shiva shrines before taking the last meal every night, especially during the month of Shravan. During the last few centuries, the residents of Agra had to be content with worshipping at only four prominent Shiva temples viz., Balkeshwar, Prithvinath, Manakameshwar and Rajarajeshwar. They had lost track of the fifth Shiva deity which their forefathers worshipped. Apparently, the fifth was Agreshwar Mahadev Nagnatheshwar i.e., The Lord, Great God of Agra, The Deity of the King of Cobras, consecrated in the Tejo Mahalay alias Taj Mahal.

An August 2017 Hindustan Times article carried the headlines – ‘Is Taj Mahal a mausoleum or a Shiva temple? CIC asks govt to clarify’ based on ‘The question, forwarded as an alternative narrative of history by some claiming to be historians and the subject of various court cases, reached the CIC through an RTI plea.’ According to this report, ‘In a recent order, Information Commissioner Sridhar Acharyulu said the ministry should put to rest the controversy and clarify doubts about the history of the white marbled mausoleum, considered one of the wonders of the world. Acharyulu recommended that the ministry give information on its stand on the cases related to the provenance of the Taj Mahal, and on the frequent claims based on historian PN Oak and advocate Yogesh Saxena’s writings.’ “Many people stating that Taj Mahal is not Taj Mahal and it is Tejo Mahalaya: that this was not constructed by Shahjahan, but was gifted by Raja Maan Singh; hence give the facts as per ASI reports-details with evidences,” he asked. The ASI told him no such record was available with it.

The ASI has said it is a tomb. “On the basis of available records, the ASI asserted that it is a mausoleum constructed by seventeenth-century Mughal emperor Shah Jahan in the memory of his queen.” Yes it is but it has never submitted detailed evidence as to why and how it is, not as claimed by PN Oak. And the Supreme Court is just an observer and so less said the better. Besides, there has been archaeological evidence of the presence of a temple under Babri Masjid, but the SC has not been able to come to a conclusion yet.

One day the so called ‘historians’ will be known to have hoodwinked Hindustan with their vague and foolish theories and stories of Islamic glory and asked to rescind their statements and answer for their crimes against the nation!!!

2. Badshahnama: Abdul Hamid Lahori (Urdu: عبدالحمید لاہوری ; died 1654) was a traveller and historian during the period of Shah Jahan who later became a court historian of Shah Jahan. He wrote the book Padshahnama also referred as Badshahnama: DESTRUCTION OF HINDU TEMPLES :…(p. 449.) It had been brought to the notice of His Majesty that during the late reign many idol temples had been begun, but remained unfinished, at Benares, the great stronghold of infidelity. The infidels were now desirous of completing them. His Majesty, the defender of the faith, gave orders that at Benares, and throughout all his dominions in every place, all temples ‘that had been begun should be cast down. It was now reported from the province of Allahabad that seventy-six temples had been destroyed in the district of Benares.

Note: The author has made this article copyright free. It can be copied and info disseminated.