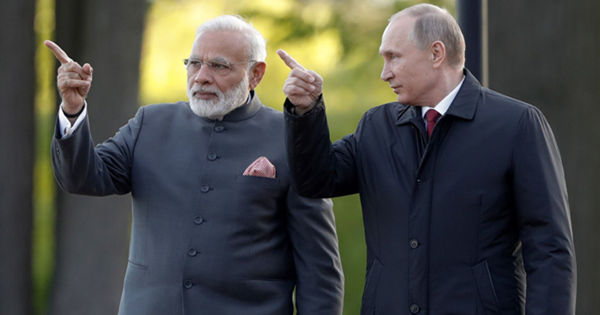 Is this the age of hypocrisy? Yes, it quite seems like.  Hypocrisy and double-dealing are what characterize the social and intellectual nuances of present India.  Nothing could be so disgusting than the fact that when you speak the truth and follow the truthful people then you are accused of being a follower of Saffron party. ‘Bhakta’, ‘Sangi’ are two terms much going around which are coined by those extra smart class of Indians.

Just a few days back I was incisively criticized by one of such smarts – Mr. Sekular. He put forth very weak reasons to undermine my article on PM Modi as if it is outrageous to praise PM Modi’s dedication and activities. My article was intended to bring to the limelight a few of the rare achievements of the present government and how it brought about the overall development in the country and the appreciations PM Modi received from the countries abroad. Is it a crime in India now to admire those who really deserve? Here follow how I rebut that write-up by Mr. Sekular.

I am not a follower of any political parties. Nor am I associated with any organizations, so I do not have an allegiance to a specific political party. Nevertheless, I do support, and do not hold back to uphold the truth and do not shy away from admiring those who are genuinely truthful and putting themselves in the service of the nation. The nation belongs to me, my family, my village; and as a result, me, my family, my society, my culture, my language and my identity are inseparable from this land.   Well, even if I am a supporter of the Saffron party of PM Modi, what is the big deal about it? Does one commit a sin by supporting and encouraging persons who truly love the country and who want to do something substantial for the nation? 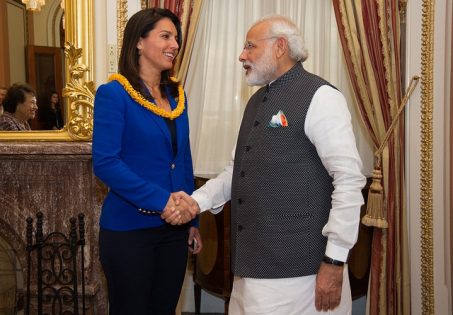 Here my pointed question to that Mr. Sekular is, on the other hand, why does he support those parties and those “forces” whose “integrity” is very doubtful. Why do Mr. Sekular and his kind hold the contrary ideas about the safety and security of this sovereign country? Why do they discreetly, even openly, invite Bangladeshi infiltrators, and thereby put the peaceful Indians to great hardship? On the other hand, don’t they vehemently oppose CAB bill? Why so opposing views, conflicting perspectives?  Well, if trusting and espousing the “truth” and human “values”, and loving the country and its language and its culture will be equated with supporting the saffron party of India then I will never mind even if the whole world calling me as a leader of that party. Why should one deviate from the “pathway of truth” lest somebody would label him as a certain thing or other?

Please watch out, if the same principle is applied, the leaders and country heads of UAE, Saudi Arabia, Afghanistan, Palestine, South Korea, Japan are fast becoming the followers of the saffron party. They all have applauded the activities of the Supreme head of the saffron party – Mr. Narendra Modi and awarded him with the states’ highest honors. What is too disquieting here is that the president of Russia – Mr. Vladimir Putin also has jumped on the bandwagon. His government has recently announced to honor Shri Narendra Modi with the country’s highest award – Order of St. Andrew the Apostle. According to Mr. Sekular, I guess, it is objectionable. Well, barring a few, all world leaders have established the personal relationship with the saffron head.  Is Mr. Sekular aware that Tulsi Gabbard, who is now running for the President of America, is a passionate follower of Narendra Modi? One wonders what Mr. Sekular and his ilk will do if the US Congress’ leaders cry at the top their lungs – “America Mata Jai” in case Ms. Tulsi wins the election in 2020? Her name itself is Indian and so off-putting, isn’t it? 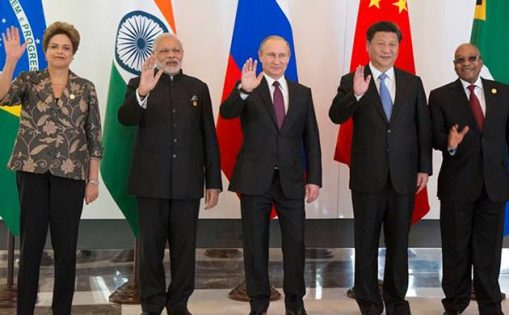 Further, I guess, Mr. Sekular must not have completely read my articles and viewpoints, and therefore he is conveniently misinterpreting it to create confusion among other readers. His intention is seemingly not very clear. Almost all my l articles, starting from 1990, frankly speaking, invariably seek to bring about the harmony, peace, and co-existence among all peoples and the welfare of the whole humanity in the world. I personally have never compromised on the misconceived ideas and principles against human values and against the country, nor have I knowingly ever set out to cause a division, hostility, acrimony, hatred, among anyone through my write-ups.  And, despite that, if anyone draws the negative meanings from my writings then I am totally helpless. Of course, people usually understand a subject which is based on their already programmed and conditioned minds. The acquired information and impressions in the past only help them form ideas and conclusion. We usually become victims of wrong propaganda and misinformation and start to believe them as being right. One has to be extra alert in this age of digital media as there are many SECULAR propagandists around.

Lastly, Mr. Sekular should note that my two eyes still clearly differentiate between right and wrong, and virtue and evil. Hence, I am deeply suspicious of those intellectuals who glorify “aluminum”, not “gold”, heap praise upon the terror-manufacturing countries, not upon where they have taken birth in, hate the native culture but eulogize and adopt the culture from the far-off lands. We must caution ourselves of these hypocrites who trifle with the country, its ethos, its sanctity and thus mislead the masses with wrong narratives.