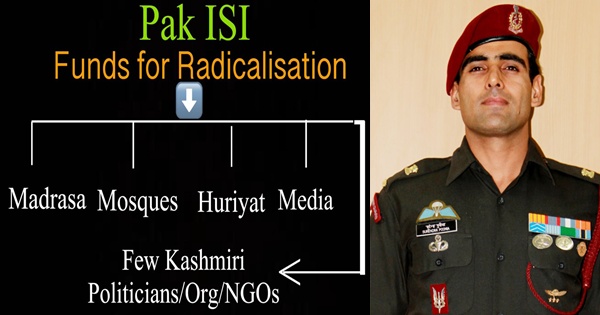 Tensions have been prevailing in the Kashmir valley for a long time. Encounters between terrorists and the armed forces of India are a never ending affair. While many a brave son of India sacrificed their lives, successful elimination of terrorists by our armed forces has seen a rise. This year itself, over 90 terrorists have been gunned down in Kashmir.

Stone pelting on security forces has been a regular affair in Jammu and Kashmir during security forces’ encounters with terrorists. Sympathizers of stone pelters have only seen a rise! It has been proven that Pakistan is provoking and funding them. It is an irony that even the Supreme Court had asked the centre to look for an alternative to using pellet guns on stone pelters. Security forces suffer the most, getting injured and even sacrificing their lives.

On this issue, Maj Gen GD Bakshi had said, “What has been happening in J&K is no freedom struggle. It has been a rabidly communal movement which has led to the radicalization and abject ghettoization of the valley and the ethnic cleansing of some 450,000 Kashmiri Pundits. This communal agenda fuels the daily stone pelting, arson and mob- violence. The valley has become a vast ghetto, even as the Ghettos in Paris or Brussels, which have become no-go areas for the police and security forces. We cannot let our will to govern our territory evaporate so easily.”

“We cannot permit some separatists to interfere with the legitimate CT operations of the Security Forces. And we cannot accept the state’s authority being flouted so brazenly- just exploiting the softness of the Indian state.” 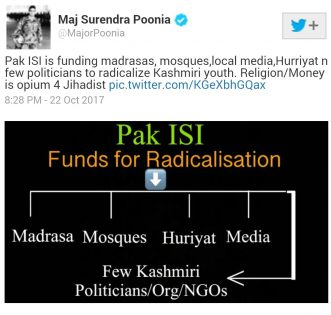 Maj Gen GD Bakshi also had said, “What is happening in J&K is no freedom struggle. It has been one extended communal riot. What is at stake in J&K is a matter of principle – the principle of secularism. How can India permit just 5 million Muslims of the Valley to walk out of the union solely on the basis of religion? What right would we then have to the continued loyalty of 175 million loyal and patriotic Muslims of India who voted with their feet at the time of partition and opted to stay in a secular India rather than a theocratic Pakistan?”