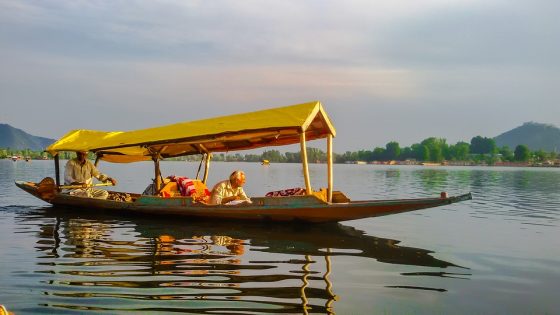 J&K tourism board is trying hard to control the damage of the death of the Tamilian tourist caught in fanatical frenzy on the streets of Kashmir. They got one of the companions of the deceased to issue a statement telling people to “Please come to the beautiful valley of Kashmir. It is nice and safe here.”

This is bizarre at so many levels but what is most disturbing is the moral numbness embodied by these nice people ever so ready to forgive the enemy. The next time a tourist is killed by another mob, they will be blissfully unaware of their contribution to the noble cause. Forget and forgive. Live and let die.

The common Kashmiri’s extreme hatred for India is verbally cleansed by the establishment (government, media, entertainment, human rights industry) by calling it separatism of the misguided few. Victims of such insidious propaganda, tourists visiting the valley simply lack the intellectual capacity to meaningfully interpret the impressions gathered from their interactions with the locals, most of whom are nice to them for purely commercial reasons.

What do you think when you think of Kashmir? Apples. Shikaras in the Dal Lake. Fair skinned faces. Nishat. Skiing. Shalimar. Bollywood romance. Snow. Amarnath. Wazwan.

I recall the hatred in my primary school teacher’s eyes, when Pakistan lost a cricket match, for a kid who couldn’t even locate Pakistan on the map. I hear the mosque loudspeaker asking me to convert, leave or die. I see fear in my father’s eyes.

I think of the apple sized stone hurled at my father by ‘innocent’ teenagers that missed his skull by a whisker. I remember AK47s and the sound of my racing heart. I hear bomb blasts. I see my dead grandmother.

Kashmir is all of the above and more and each person is entitled to his own view. Aren’t there any noble souls left in the valley? Of course there are but the goodness of a human lifetime is no match for the institutionalized evil of several centuries.

From the vantage point granted by an honest assessment of history, Kashmir is the bleeding edge of the sword of jihad cutting through the flesh of Hindu civilization and the current conflict is the most recent of the thousand cuts our motherland has endured.

Kashmir was cleansed of the infidel’s vile presence three decades ago. While you may explain it away in any which way you want, let there be no doubt about this scar in your flawlessly self-righteous flesh.

Ashish Dhar, an exiled Kashmiri Hindu, is a Mechanical Engineer by training and Co-Founder of Pragyata, an enterprise dedicated to revival of Indic knowledge systems.

Diary of a Kashmiri Pandit: Remembering the Horrors of Pre-planned Ethnic Cleansing in Kashmir