A Magical Moment That Has Come Seventy Years Later 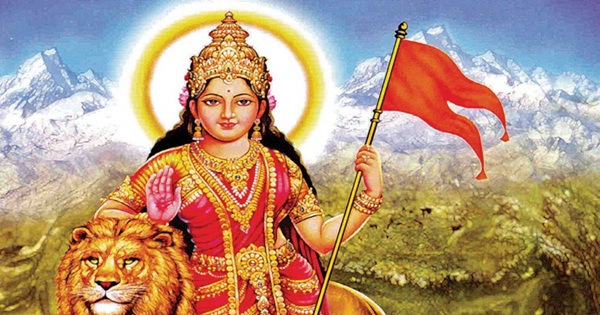 India will not be the same again after this election. It is a moment that came at the dawn of 15th August 1947 and was then lost. Today, it has risen again to undo a wrong of history.

We have lost this moment many times in the past. Each time we lost a part of ourselves that we never gained back. The last time we lost it was in 1947. It has taken us seventy years to get that back.

The pictures on the television screen expressed it in many a way. There was joy and happiness on the faces of many people. There was a relief as a woman folded her hands to the sky to thank a deity. A man with the flag of BJP, on the street was running holding the flag.

There was a mixture of emotions on the faces of the spokesperson of the grand old party. Sadly, it was arrogance and an attitude that seemed to say so what, we are still rulers.

On one channel, a man was trying to garland a statue of Chatrapati Shivaji, “Won’t he be happy today, Baba?” my daughter asked me. As I started to discuss with her, the names that came out were like a dream rolled out in front of us like from a screen full of images. They were the faces of those who gave their blood for our motherland.

First, it was Prithivi Raj Chouhan. He seemed blind but smiling. Then there was Maha Rana Pratap who ate rotis made of grass and sat looking at his fort of Chittor. He seemed to be smiling too today. Then there was Chatrapati Shivaji Maharaj on his horse looking with eyes full of compassion. There was Rani Lakshami Bai on a horse with her infant son maybe giving a cry. And there was Bhagat Singh and Netaji Subhash Chandra Bose asking for sacrifices. There was a man being led to the gallows in the Cellular Jail. The images were endless. They didn’t seem to end.

It was as if all of them seemed to treasure the present moment saying that they have waited for it and the idea of India is saved and asking us to not lose it again. It is as if they were saying this moment is what they fought for and want us to preserve it for eternity.

I believe the tryst with destiny speech by Nehru in 1947 had turned out to be a hoax long ago, a cruel joke perpetrated on the people in the name of secularism, as they discovered it in election after election. The tryst was whether we vote his family, his daughter and grandson laying claim to rule this nation just as he had claimed on being anointed by our Father of the Nation. Incensed with his failures on every front, with his physical desires to his failed experiments, he had foisted his insecurities by foisting an insecure and corrupt man. Since then we, the Indians as a people, have kept his promise alive forgetting that we, the people of India, own this nation and not any family or man’s failed experiments.

The promise that our first Prime Minister made in his speech that India will rise to a new life and freedom failed long ago. India and Indians did try to rise to any new life or freedom but followed a path that was in chains and offered only disillusionment and hopelessness.

That moment when the British left the shores of India could have been a magical moment for our country if we had a leadership that taught us to be proud of our heritage and civilization. But that was not to be. There was no break from the past and the baggage of slavery with many historical wrongs foisted on us kept us in chains. The leaders at that period could have brought in a sense of rootedness and self pride to erase this injustice. But those who never felt it never realized it. Not believing in it, he failed to take on this mandate that history had presented to him for the regeneration of his people. When he took oath wasn’t he thinking of how his family would rule India forever. Where did all the nationalism needed to build the India of the dreams go when that moment was soaked in blood?

That mandate for regeneration has fallen on the present leadership.

My father had decided to become a school teacher when India achieved independence. He became disillusioned soon enough and often used to say that the freedom of India in 1947 was a disillusionment for his entire generation. The partition, the mass murders of Hindus and Sikhs, the death of Subhash Chandra Bose and the monumental failures of Gandhi all led to a moment that killed all hope of regeneration and collective uprising of a race.

That moment which should have happened seventy years ago has come again now. The reason is the new leadership and a longing in the people and perhaps the wheels of history turning again. Should we not hold this moment forever instead of looking elsewhere or being sad at lost opportunities? This is the moment that Swami Vivekananda asked us to ‘arise, awake and stop not till the goal is reached’.

The leaders in 1947 who felt the pulse of a race and could have taken the country forward were lost tragically. Patel or Bose were not the prodigal sons of Gandhi and died, one too early and the other because of conspiracy. Rooted in the soil unlike Nehru, they had a personality that wasn’t British under the skin. As an eminent psychoanalyst once told me that Modi is the first leader who gives no sense of having any British influence under his skin. I believe that Modi is perhaps one of the first leaders of independent India in whose personality we don’t see any remnants of colonial ethos or hangover. He radiates a raw energy and symbolism that is somewhere earthly Indian and rooted in the memory of its identity.

What do the Indian people do with this moment of destiny that has come seventy years later?

There are defining moments in a country’s history when the past gives way to a new beginning, when the old order breaks down and a new one emerges leading to structural changes and civilizational values taking roots in a society. We may be standing at just such a moment.

The millions of our ancestors who fought and died for our motherland are watching us today smiling with hope and blessings. Let us uphold their dreams and not fail them this time.