Will the ‘Veer Bal Divas’ Usher a New Era for India? 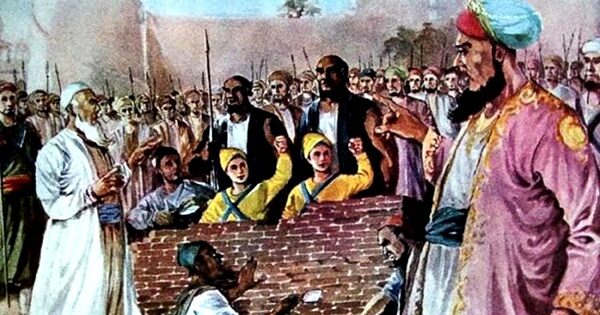 Several years ago, a colleague, a sociologist, after going through the list of local festivals and the reasons for following them had mentioned, “Yours is the broadest range of festivals depicting all emotions compared to any other country that I have known. But one aspect I find intriguing. You don’t have festivals or days to commemorate sacrifices made by your ancestors in defence of faith.” As we discussed it, we realized this maybe an aspect worth looking into. According to my friend, it presented a drawback in taking our civilizational narrative forward. “Almost all the faiths do it, why not you?” he had wondered and left the topic there.

Civilizational narratives referring to sacrifices of the innocent abound in history who gave their lives in defiance of authority. They are some of the core narratives when major religions proselytize or simply gather together. At many a Christian congregation, one hears that God gave his only begotten son to the world, who in turn sacrificed his life for us for which I the individual must eternally remain grateful. In Islam, the day of martyrdom is remembered with grieving rituals and remembrance. In the Jewish tradition, the day of martyrdom is remembered with intense sadness and a reminder to never let it happen again. It may not be an exaggeration to say that the martyrdom of the innocent is a core theme, a tenet of how some religions are perceived and remembered by everyone.

Ever since the invasions from the eighth century, many Indians have resisted and killed themselves upholding their religion despite allurements and threats, often following each other. If they didn’t resist, the religions of India would not have survived. The story of the unknown Indian is perhaps that, a story of heroically and stoically standing and saying no to conversion. This is the truth that many in India want to hide from the future generations.

The sacrificial act of giving one life for one’s faith as the two children of Shri Guru Gobind Singh ji did as yet doesn’t form a part of national imagination or consciousness. The children of India today do not identify with the two children who resisted the attempts to convert them and chose death through being fixed in the wall in defence of their faith.

I have looked for but never found a similar example of stoicism, bravery and courage in the annals of the world by two children. Any other nation would have been proud of such children and make it a central narrative of its national identity who symbolised its deepest values. Why didn’t we? Why was it allowed to remain a limited one, not spread itself? Why no national day declared in the memory of the sacrifice. What would such an identification lead to?

Identification is a psychological process where a person, sometimes an entire society partially or wholly gets transformed by incorporating another individual’s characteristics. The deep association where they imbibe it, makes it an integral part of their belief system and becomes the script where people act keeping in mind the bravery of their heroes.

How would the Indian children of future behave like once they start identifying with two children of the Guru and commemorate their act of valour? They would understand the glorious tradition they belong to, the bravery and courage that runs in their veins. How would they see someone trying to convert others like they do in every nook and corner of India? They would fight it tooth and nail, know the evil and damage that conversion is doing to the very soul of India. They would understand that in history of India, conversions happened like that, through allurement and threat of death if the person didn’t obey. It may open a hornet’s nest about the truth of conversions in India one that continues unabated.

From psychology we know that individuals, nations, races follow scripts. Scripts are a set of beliefs that defines us as an individual, as a nation as to who we are as people, as a race. It tells us how we will behave during our deepest crisis and whether we will cave in to threats or not. It contains the kernel to not only our identity but what is our relationship to the world around us. The script of India has been to absorb, to resist and to survive its faith like no other nation has done. Will it be an exaggeration to say that the script of the two Sahebzades – Sahebzade Zorawar Singh and Sahebzade Fateh Singh – can be linked to the script of India?

Memory surrounds us everywhere we go in India and defines us. Indian’s history has many places and events where violent confrontations took place between those who were bent upon to annihilate our civilization and those who resisted it. In this case it was two children who took a decision on their own without any guidance indicating the depth to which the sanskars (values) and principles were rooted in children in India.

What will the commemoration of ‘Veer Bal Divas’ do to our future? Its biggest achievement will be to turn our society from being appeasement centric to being an assertive nation where its people become autonomous, develop a self respect from our past and rediscover the dignity hidden so far in the historical reality where we held on to our faith.

The above article was first published at the author’s personal blog.

Veer Savarkar: The Misinterpreted Legacy and Roots of an Ideology