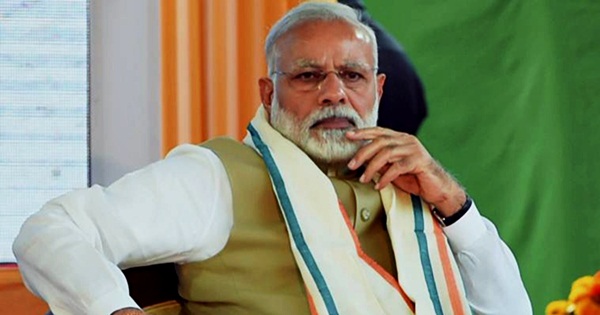 “Papa, is Modi a psychopath?” The question jolted me from my concentration. I was so engrossed in replying to readers comment on my book ‘The Infidel Next Door’ that the question didn’t register. My daughter was doing her homework in another corner who asked me this question. Putting aside my laptop I asked, “Did I hear you right? What makes you ask this?”

“Some of us students were discussing politics when one of the boys, a senior blurted out that Modi is a psychopath and even compared him to Hitler. When I asked him what he meant by that term he said that Arvind Kejriwal had said about him being a psychopath. Some of us checked on our mobiles. He did say that.”

Seeing my perplexed look she asked again, “Our talk continued and didn’t end there. But tell me first is he a psychopath?”

“Do you know who is a psychopath?”

“No,” she answered. “I understand it is something very derogatory.”

I am used to being asked difficult questions by the youth of today. But this one pained and even disturbed me. Keeping the thoughts of book away I told her to come and sit next to me so I could explain.

“I felt very depressed thinking our Prime Minister is a psychopath and when he was compared to Hitler,” she said.

“No, he is not and neither can he be compared to Hitler,” I answered. “The boy who said that to all of you is both immature and irresponsible to make a comment like that. Don’t use such words loosely and if someone does that don’t get into any discussions with him. This is called politics of hate.”

I realized in my concern, I had become too parental and protective instead of trying to educate her and had even stopped her from finishing what she had further wanted to express. Her face showed an anxiety. She wanted to say more.

“What did you do when he called him a psychopath?” I asked her. “We all felt stunned for a moment and then became quiet as we didn’t know what to say. We became silent and the discussion felt kind of ugly after that.”

“He kind of felt triumphant over us and left.”

“I discovered PM Modi is the most vilified of all of the leaders in independent India,” she said. “He has been called many names – ‘chor’, ‘psychopath’, ‘neech’, ‘chaiwalla’, ‘kameena’, ‘maut ka suadagar’ and what not. A Chief Minister even said she will tie a rope around his neck and make him go around. What kind of a language is that?” she said her lips curling up. “And why are they using it against him? Doesn’t such a language promote violence?” she asked.

Do our present political leaders realize that when they use such vile language, it is the children of our country and the youth who first hear it and copy it from them? That when their followers use such words unabashedly without knowing their true meanings, it spreads a politics of hate?

“What does psychopath mean?” she asked. “You have worked with so many of them, haven’t you? I told that boy that I will find the meaning from my father and then discuss. He wasn’t interested but said that he is the one and to prove his point blurted out all the abuses PM Modi has been addressed with by various leaders.”

“Those who spread hate aren’t bothered about the meaning of the word they use,” I explained. “They use words that vilify, abuse and repeat them making people believe it may have a core of truth. That is what the boy did copying the political leader.”

A psychopath is one without any remorse or guilt. He has no conscience and sense of right and wrong. He hurts people without a pang of remorse and is one amongst many of his characteristics.”

A few days later she informed me that she had told her friends about its meaning. Everyone listened except him. He was not interested and refused to join the talk.

Why is that in present day India those who use such words walk away when they are confronted with their meaning? Who is starting this culture of abuse now in the first place? Do we realize that we are planting the seeds of violence through such language that may last over generations? For many, the damage will be invisible at first because they didn’t care, didn’t check its meaning and started to believe it was true.

Why do some of our leaders vilify Modi ji? I call him so because he is my Prime Minister. No leader, no Prime Minister has been abused, vilified in recent times as much as him. Everyone vilifying him also does it as part of a crowd, a collective and has the same language, almost the same accusation. No one does so as an individual facing and looking at him in the eye but avoiding his gaze. Does the answer lie in Modi ji’s trying to change the very identity of an India and its people used to dishonesty, lies and deceit?

Why does he make the opposition so jittery and panicky? Is it because the others fear that the people of India may realize through him what they owe and deserve has been denied to them by the past governments? That they have been denied their human rights of basic dignity? And once they realize this the people will never want to go back to the old ways? That they will from now on expect accountability and answers which our previous governments never thought of and even shamelessly thought the people of India as their subjects whom they have a birthright to rule? Will his governance see the demise of that value that we Indians lived with for one thousand years and is today receiving a death knell?

From behavioral sciences we know that animals don’t hate. Only human beings do and do so when they feel terrified that someone is trying to destroy their identity, their way of being and way of functioning. As a species we unite to oppose for our survival and that is rarely for a higher goal.

Is a nation then which has lived in psychological slavery and whose leaders felt no accountability to its people finally ready to wake up? Is the hatred of our opposition leaders a visceral act, bringing out their worst through abuses because they cheated and exploited us, a nation as a whole and are now getting naked in public? Is it because they realize they are being exposed, their masks being torn to shreds? And where they pretended morally to be higher above others through using words like ‘secular’ and ‘communal’? Is it that they feel threatened with the values he represents and realize their own and his are mutually exclusive that can’t exist in the same frame?

I believe that this politics of hate also emerges out of a sense of entitlement when being denied out of power for those who ruled us after independence. They who snatched power had the least qualification to do so after our achieving independence and the posts they occupied were not legitimately theirs. A justice was violated for a nation that is being remembered now. Those who gave blood for the motherland were sidelined.

As I write this I am reminded of how Nehru, the first prime minister, slapped an organizer for not able to organize properly and the mike failing? That he would abuse and shout at people for not doing things according to instructions? Didn’t he and his descendants take it as their birthright that Indians were slaves born to serve them? Doesn’t the arrogance in the eyes of last two congress presidents a reminder of that?

So, is it that when the present Prime Minister doesn’t get angry that his mike failed, he represents a generational shift that hasn’t happened in the leadership in Indian history.

The question is which value will we Indians choose in the 2019 election? Is the election between Modi ji and others, the 29 holding hands and raising it like a group of lover boys in ecstasy announcing their recent love? Or is it going to be between two values that are diametrically opposite in the India of today that represents the crossroads that our civilization stands in trying to break the last vestiges of slavery and humiliation of 1947?

My daughter asked me what values do I see in Modi ji? She asked me how should she see him? “He is not a psychopath but then who is he? How do I find ways to respect him in the middle of all the abuses I hear about him?” she asked.

“Of course you can respect him,” I answered. “And it will be your own journey. I shouldn’t influence you,” I said. She too left it there.

But then I sat back and decided against it. I need to tell her about the values that I observe in his public domain. They range over a wide spectrum and not all can be mentioned here. But some need to be mentioned that are rare and not easily seen, here in India or anywhere else. I would rate them as renunciation as the foremost value, second one an ascetic like nature of being compassionate and detached like a monk, pursuing goals to raise India to the level of a world power and following them through a discipline few can adhere up to.

After this conversation I thought of the millions of children, young adults like my daughter who almost daily hear their Prime Minster being abused on national media. Vilified in the vilest language by many including our representatives, this is not the India that is tolerant in my opinion. How do our children learn to discriminate in this climate of hate and discover what is true tolerance, the one shouted at from rooftops or the one borne through stoic silence? How do they know that using such a language against anyone is cheap, derogatory and reflects an intolerance that has no place in honest political discourse and a just and mature society?

Should they, who are propagating such language, not remember that one day such language may be used against them too that can develop into a monster? Who will be left to heal the society then?

I wonder will anyone be left to uproot it if this trend continues and we do not try to stop it today. Should we not as adults take collect responsibility and prevent it before this becomes a monster?