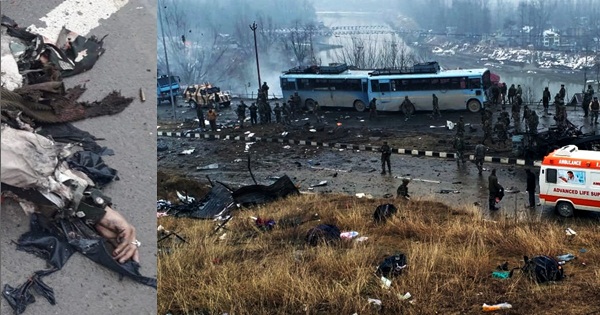 When was the last time we were so angry as a nation? The anger is raw, palpable and visceral ready to burst out.

We were hardly angry after the nineteen eighty four riots. We were not very angry either after the Gujarat riots. We as a nation were not angry after the terrorist attack on Parliament or in Mumbai but looked tense and worried. We were angry after the Nirbhaya case but it was limited to students. But today I see and read an anger that I have never witnessed before in Indians. And I see that in everyone, in every age group, from every strata of society.

A Professor of history wants to pick up a gun and go to the border to kill the bastards as he calls them instead of picking up his pen and says he can’t concentrate. A man writes saying he is willing to eat half a meal but wants to go and fight at the border and kill at least one enemy. My taxi driver told me while going home that he almost caused an accident when he heard it on the radio. He said he wants to contribute towards the martyr fund and asked me how to do it.

In the 1971 war, in the Kargil war we were detached and indifferent towards our soldiers. We discussed the war but more in technical and analytical terms and not like a personal loss. Not anymore. This time we are not. The Nation has changed.

There is an emerging awareness of who we are as a Nation and that someone is trying to destroy us. It is as if by murdering 42 soldiers, the suicide bomber tried to kill us as a Nation. This feeling to me was absent, not seen before. It is as if the Pulwama attack is not just a murder of our soldiers but an affront on our nationality and who we are. It is a moment where we have begun to identify with the martyrdom of our soldiers like never before. Is this also our break from the concept of ‘ahimsa’ and ‘non-violence’ drilled into us as the identity of our Nation?

How deep is this rage? It seems as if it is under a lid ready to burst forth any moment and cannot be contained any longer. This is the anger and of the stuff of which revolutions are created. So are we heading towards one? I believe we are and it might stare at us sooner than later in the face in the coming times.

I sat and analyzed hundreds of responses that came from all over the globe about the Pulwama attack. The most common response almost three fourth, is of renunciation, the desire to leave everything and immerse oneself in a movement by taking up arms. Many Indians today want to leave their comfort zones, the safety of their homes and do something for the Nation, for the glory of their civilization. I pray we don’t lose it this time.

There is another feeling that I notice is rising. Many people are saying that the partition was a betrayal on Hindus and there is a need for a closure for the unfinished task. That it still continues in the dreams of those who did a vivisection of India to do it once again and must be stopped. At the same time there is a dream for building a new India that was lost and is not based on Gandhian concepts but moving away from it.

There is a desire for the annihilation of Pakistan and an awareness that is it is a nation with whom we cannot live in peace, now or ever. That it was a part of us, snatched and created from us through betrayal and which is now trying to devour the very source from which it was carved out.

I was talking about some of the responses at my dinner table. My mother, a woman of almost ninety years, herself an acute observer slowly said on listening to me that the last time she saw Indians talk in that language and anything close to this emotion was during the INA trial in Delhi.

“Not even during independence?” I asked.

“No,” she said vehemently and added, “perhaps it was the realization that it was blood that was giving them independence, that it was the price of freedom and had to be somewhere not lost from memory.”

“No, very little of that. Maybe that feeling had died by then,” she added and said, “it was replaced again by a passivity.”

So, as we realize once again it is blood and renunciation that keeps the flame of freedom alive for a Nation, should we not see that this flame doesn’t get doused one more time?

A note on the video of the ‘suicide bomber’.

He is not a confused soul as evident from a well articulated and thought out speech but has a determination, clarity and indoctrination that is frightening. From his language it seems there are now many like him and who represent the face of the new terrorist on our soil telling us that the movement has now entered a new phase, marked by young men ready to blow themselves up for the sake of eternal heaven surrounded with seventy two virgins. To me this is also the most dangerous phase of this movement, perhaps the last one depending on who wins. It can only be crushed through a ruthless political will and not ambivalence, shown by countries like Israel, Russia and USA realizing it is either us or them who survive in this war, not both.

When the protagonist, Aditya, of my book The Infidel Next Door is asked to come back and rebuild his temple a second time after the carnage of 1990, he says he can’t because he realizes his biggest enemy is his passivity, a passivity characterizing many of us for not realizing that it is blood that is the price of freedom with dignity when one lives surrounded by wolves. As Aditya discovers a rage within him when his temple is destroyed, it forever changes his belief that Hinduism can coexist with Islam in Kashmir.

Like him today, there is the new Indian who is trying to emerge from his shell and whose beliefs are rudely shaken. I pray it changes him this time forever.