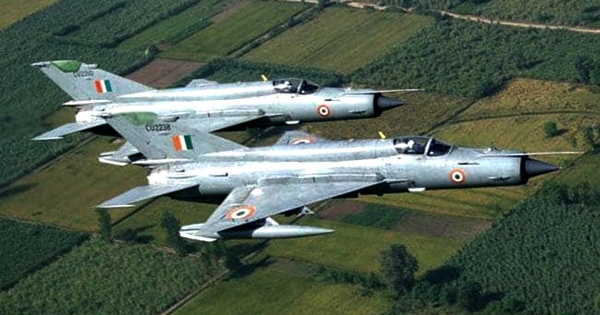 To de-escalate tensions, Pakistani Prime Minister Imran announced on 28th Feb that Pakistan was ready to release captured Indian Air Force Pilot Abhinandan Varthaman the next day, i.e. on 1st March. IAF wing commander Abhinandan was taken captive by Pakistan after an aerial combat between Indian and Pakistani fighter planes. Abhinandan was captured by villagers in Azad Jammu and Kashmir after his warplane was downed by Pakistan. The mob that assembled at the site of crash tried to lynch him before Pakistani troops reached the site.

This started a day after 12 Indian Air Force Mirage-2000 fighter jets entered into the Pakistan territory and dropped 1,000-kg laser-guided bombs on Jaish-e-Mohammed terror launch pads. Around 350 terrorists including top JeM terrorists were killed in this bomb strike by the IAF. Among the commanders killed were Maulana Yusuf Azhar alias Ustad Ghauri, brother-in-law of JeM chief Maulana Masood Azhar. To add to the list killed were also trainers of the terrorists including as many as 25 top commanders. The training camp bombarded and destroyed by the IAF was the biggest JeM training camp in Pakistan and the ‘heart of training for suicide bombers’.

Who is responsible for the crash of the Air Force MiG 21 warplane? Does the MiG-21 warplane meet modern technology requirements and the complexities of modern day warfare? No! MiG-21 warplanes are outdated. India needs modern warfare planes, such as Rafael fast.

The Soviet Union manufactured the last lot of MIG 21 in 1971. The Congress Government from the time of Indira Gandhi decided to purchase the outdated planes for some strange reason. At the time following the 1971 war she was so popular that no questions were raised! The planes were used continuously after denting and painting at intervals. Permissions were given probably as per availability of commission and cut money and the last lot of MIG 21s were delivered as late as 1989, that is 18 years from the date of their manufacture!

At the time of purchase the planes were already 18 years old. Even Indian Airlines don’t fly civil aircrafts more than 20 years old. As per the law even we the citizens cannot drive our cars more than 15 years old in the Metro cities! And Indian AIr Force pilots are being forced to fly more than 20 year old aircrafts!

The result is before you all, the aircraft could not withstand the recoil velocity of the firing of the missile, the frame broke down and Wing Commander Abhinandan is forcefully ejected and landed in POK! Then it was easy for the Pakistani forces to arrest him!

More than a hundred Indian pilots have already been killed due to crashes of MIG 21. Now people are trying to stop the purchase of Rafael to continue the same trend!

Fortunately we have already started modernization of our Air Force, but I feel an enquiry should also begin on the purchase procedure of the MIGs, better late than never!

The MiG-21 or Mikoyan-Gurevich MiG-21 is a supersonic warplane and interceptor aircraft designed by the Mikoyan-Gurevich Design Bureau in the Soviet Union. India is the largest operator of these warplanes. Here is a Wikipedia account on the disadvantages of this fighter jet – ‘However, the plane has been plagued by safety problems. Since 1970 more than 170 Indian pilots and 40 civilians have been killed in MiG-21 accidents. At least 14 MiG-21s have crashed between 2010 and 2013. Over half of the 840 aircraft built between 1966 and 1984 were lost to crashes. When in afterburner, the engine operates very close to its surge line and the ingestion of even a small bird can lead to an engine surge/seizure and flame out.’ Why continue using these warplanes when there are so many disadvantages. Why waste money and risk the lives of our soldiers? Why not use next generation and other well designed innovative warplanes?

Finally I leave it for you to decide the person responsible for the crash, you are requested to give your reply in the comments friends.

Please note that I am only telling the facts and not blaming anyone!