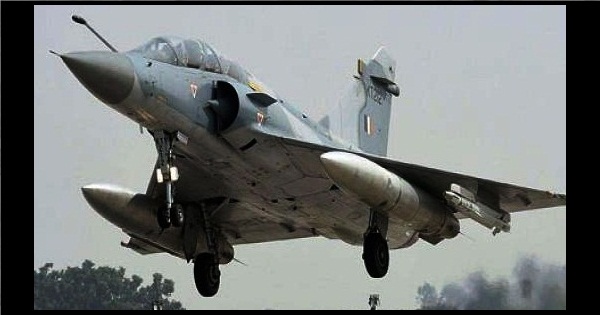 The whole of India woke up in joy. They distributed sweets. A ‘revenge taken’ smile pervaded the air across the country. Families of CRPF jawans martyred in the Pulwama attack added to this smile. Almost all political leaders responded positively. Yes, India has avenged the attack at Pulwama on the ‘Terwi’ – the 13th day. In the wee hours, 12 Indian Air Force Mirage-2000 fighter jets entered into the Pakistan territory and dropped 1,000-kg laser-guided bombs on Jaish-e-Mohammed terror launch pads. As per the latest sources quoted by ANI, a total of six bombs were dropped on Pakistan based terrorist camps. The key target was on the biggest JeM hideout in Balakot, Pakistan.

According to various media reports including Business Today and The Times of India, around 350 terrorists including top JeM terrorists were killed in this bomb strike by the IAF. Among the commanders killed were Maulana Yusuf Azhar alias Ustad Ghauri, brother-in-law of JeM chief Maulana Masood Azhar. To add to the list killed were also trainers of the terrorists. As per a India Today report, as many as 25 top commanders have been killed in the airstrike. As per reports, the training camp bombarded and destroyed by the IAF was the biggest JeM training camp in Pakistan and the ‘heart of training for suicide bombers’. Yousuf Azhar was the leader of this camp.

The entire operation took place within one and a half minute. All of the jets and the IAF pilots returned safe ‘without a scratch’. The attack did not affect any civilian or any Pak military installation given the credible intelligence received. The ammunition dump blown up by the IAF Mirages in Balakot, Pakistan had stored over 200 AK rifles, uncountable hand grenades, explosives and detonators, as tweeted by the ANI.

This was a pre-emptive strike – an attempt to repel a perceived imminent offensive by the JeM terrorists. India received credible information that the JeM were all geared up to lead more suicide strikes in the Indian soil. India retaliated in advance, destroying their very base. According to a tweet by the ANI, as announced by Foreign Secretary Vijay Gokhale, “Credible intelligence was received that Jaish-e-Mohammed was attempting another suicide terror attack in various parts of the country & fidayeen jihadis were being trained for this purpose.”. Gokhale tweeted further, “Credible information was received that JeM was attempting other attacks in the country. A pre-emptive strike became important. India struck the biggest camp of JeM in Balakot.” This is the first time IAF jets have crossed the Line of Control since 1971.

Ex-Army Chief General Bikram Singh said that this was surgical strike 2. Time and again India had notified Pakistan about the operation of training camps in Pakistan-occupied Kashmir, but Pakistan had denied their existence. According to Vijay Gokhale, “such training camps with hundreds of jihadis cannot function without the support of Pakistani establishment”. And now Pakistan, after the attack, responded saying, “India has committed uncalled for aggression to which Pakistan shall respond at the time and place of its choosing”, as per a tweet by ANI.

Besides, the Indian Army shot down a Pakistani spy drone in Abdasa village, in Kutch, Gujarat. As per an ANI report, it shot down by a ‘Derby’ missile from Israeli air defence system SPYDER. 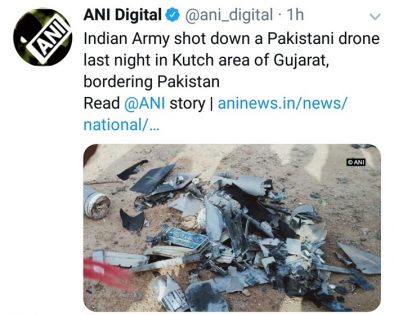 A Mirage-2000 fighter jet weighs 7500 kg (dry). It has a total takeoff weight of 17000 kg and can fly at 2336 kmph maximum at a flight height of up to 59000 ft, i.e.17km. It has a capacity to cover a distance of 1550 km with drop tanks. It has the capacity to carry and drop laser guided bombs and control and carry out other latest technology tasks on warfare and surgical strikes.

Do you know Indian Air Force Mirage-2000 fighter jets were  first used in the Kargil war against Pakistan? These fighter jets, the deadliest of the lot that India has, brought victory for India. These were made by Dassault Aviation, a French firm. And this happens to be the same firm that also manufactures the Rafale Medium Multi-Role Combat Aircrafts. Few of the other fighter jets that India has in store are Tejas LCA that are indigenously developed, MiG 29, and the Sukhoi Su-30MKI.