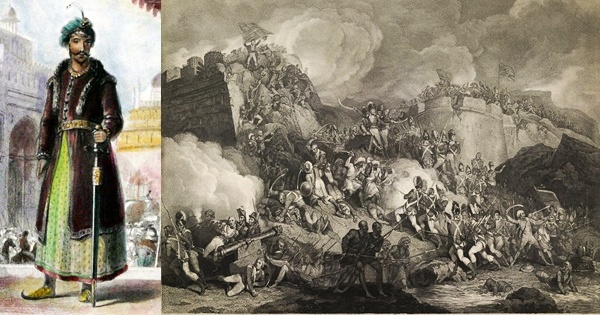 The truth about what Tipu Sultan had done in South India, especially the Malabar region had been veiled in History text books. The major part of Tipu Sultan’s rule was spent in conducting military operations for subjugating Malabar. Tipu Sultan had, ruled his kingdom only for sixteen-and-a-half years, from December 7, 1782 to May 4, 1799. The territory of Malabar was under his effective control only for a short period of eight years.

In Malabar, the main targets of Tipu Sultan’s atrocities were Hindus and Hindu temples. According to Lewis B. Boury, the atrocities committed by Tipu Sultan against Hindus in Malabar were worse and more barbarous than those committed against the Hindus in Hindustan by the notorious Mahmud of Ghazni, Alauddin Khalji, and Nadir Shah. He disputes in his book Mukherjee’s version that Tipu Sultan had converted only his opponents. Normally even a cruel person kills or tortures only his enemies. But that argument does not justify the cruelties committed by him against innocent women and children.

According to the Malabar Manual of William Logan who was the District Collector for some time, Thrichambaram and Thalipparampu temples in Chirackal Taluqa, Thiruvangatu Temple (Brass Pagoda) in Tellicherry, and Ponmeri Temple near Badakara were all destroyed by Tipu Sultan. The Malabar Manual mentions that the Maniyoor mosque was once a Hindu temple. The local belief is that it was converted to a mosque during the days of Tipu Sultan.

Tipu Sultan can be depicted only as a fanatic Muslim bigot. The historical works of Col. Wilks (Historical Sketches), K.P. Padmanabha Menon and Sardar K.M. Panicker (Kerala History), Elamkulam Kunjan Pillai (research articles) and others, also do not project him in any better light.

The cruelties which Tipu Sultan committed in Coorg, has no parallel in history. On one occasion, he forcibly converted over ten thousand Hindus to Muhammadanism. On another occasion, he captured and converted to Islam more than one thousand Hindu Coorgis before imprisoning them in the Sreerangapatanam fortress. In the period of confusion and anarchy prevailing in Sreerangapatanam during the last war of Tipu Sultan against the British, all the Coorgi prisoners escaped from the prison and became Hindus again after reaching their native kingdom. Against the solemn oath given to the Raja of Coorg, Tipu Sultan forcibly abducted a young princess from the Coorg royal family and made her his wife against her will.

The atrocities committed by Tipu Sultan in Bidnur in North Karnataka during and after its capture by him, were most barbarous and beyond description. Ayaz Khan who was Kammaran Nambiar from Chirackal Kingdom before his forcible conversion to Islam by Hyder Ali Khan, had been appointed as Governor of Bidnur. Tipu Sultan was jealous of and opposed to Ayaz Khan from the very beginning because Hyder Ali Khan had considered the latter more intelligent and smart. When Ayaz Khan learnt that Tipu Sultan was scheming to kill him secretly, he escaped to Bombay with plenty of gold. Tipu came to Bednur and forcibly converted its entire population to Islam. The people accepted Islam for the sake of their lives.

After the capture of Mangalore, thousands of Christians were also forcibly sent to Sreerangapatanam where all of them were circumcised and converted to Islam. Tipu Sultan’s justification was that during the Portuguese domination, prior to the arrival of the British, many Muslims had been converted to Christianity by their Missionaries. He proudly proclaimed his action as a sort of punishment for the conversion of many Muslims by the Portuguese.

Then he marched up to Kumbla on the northern borders of Kerala, forcibly converting to Islam every Hindu on the way. This time, his argument (repeated by the Muslim and secularist historians of today) was that if all belonged to one religion – Muhammadanism – there would be unity and consequently it would be easy to defeat the British!

In 1789, Tipu Sultan marched to Kozhikode with an army of 60,000, destroyed the fort, and razed the town to the ground. Gundart says in his Kerala Pazhama that it is just not possible to describe the cruel atrocities perpetrated by the barbarian Tipu Sultan in Kozhikode. Elankulam Kunjan Pillai has recorded the situation in Malabar as follows: “Kozhikode was then a centre of Brahmins. There were around 7000 Namboodiri houses of which more than 2000 houses were destroyed by Tipu Sultan in Kozhikode alone. Sultan did not spare even children and women. Menfolk escaped to forests and neighbouring principalities. Mappilas increased many fold (due to forcible conversion). During the military regime of Tipu Sultan, Hindus were forcibly circumcised and converted to Muhammadan faith. As a result the number of Nairs and Brahmins declined substantially.”

Vatakkankoor Raja Raja Varma in his famous literary work, History of Sanskrit Literature in Kerala, has written the following about the loss and destruction faced by the Hindu temples in Kerala during the military regime (Padayottam) of Tipu Sultan: “There was no limit as to the loss the Hindu temples suffered due to the military operations of Tipu Sultan. Burning down the temples, destruction of the idols installed therein and also cutting the heads of cattle over the temple deities were the cruel entertainments of Tipu Sultan and his equally cruel army. It was heartrending even to imagine the destruction caused by Tipu Sultan in the famous ancient temples of Thalipparampu and Thrichambaram. The devastation caused by this new Ravana’s barbarous activities have not yet been fully rectified.”

One of the leading Congressman of pre-independence days, K. Madhava Nair, observes on page 14 of his famous book, Malabar Kalapam (Mappila outrage): “The communal Mappila outrage of 1921 in Malabar could be easily traced to the forcible mass conversion and related Islamic atrocities of Tipu Sultan during his cruel military regime from 1783 to 1792. It is doubtful whether the Hindus of Kerala had ever suffered so much devastation and atrocities since the reclamation of Kerala by the mythological Lord Parasurama in a previous Era. Many thousands of Hindus were forcibly converted into Muhammadan faith.”

Direct Source (most text by respective authors placed as it is):