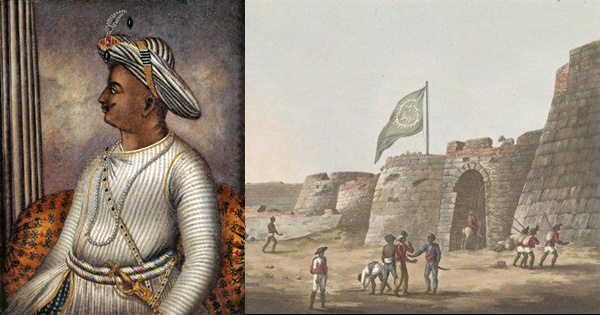 Indian History has glorified Tipu Sultan to such an extent that the very pronouncement of his name instills praise and honor. This is what we have been taught in our History books. This is what we have learnt while growing up. He is everyone’s icon. His birth anniversary is celebrated with honor across the country.

But there is another side to his story. We have been taught wrong History. No, he isn’t everyone’s icon. The wrongs he had done to the natives of India cannot be absolved. Do you know Tipu Sultan, the great ruler of Mysore killed thousands of Hindus, forcefully converted them to Islam and razed many Hindu temples to the ground?

According to the provisions of the Treaty of Mangalore of 1784, the British allowed Tipu Sultan his suzerainty over the Malabar area. K.V. Krishna Iyer, in his famous book, Zamorins of Calicut, based on historical records available from the royal house of Zamorins in Calicut, wrote, ‘In consequence, the Hindus of Malabar had to suffer the most severe enormities the world had ever known in history.’

‘When the second-in-line of Zamorins, Eralppad, refused to cooperate with Tipu Sultan in his military operations against Travancore because of Tipu’s crude methods of forcible circumcision and conversion of Hindus to Islam, the enraged Tipu Sultan took a solemn oath to circumcise and convert the Zamorin and his chieftains and Hindu soldiers to Islamic faith,’ wrote K.V. Krishna Iyer.

As per official report of Col. Fullarton of the British forces stationed in Mangalore, “During the siege of 1783 Tipu’s soldiers daily exposed the heads of many innocent Brahmins within sight from the fort for Zamorin and his Hindu followers to see. It is asserted that the Zamorin rather than witness such enormities and to avoid further killing of innocent Brahmins, chose to abandon the Palghat Fort”

L.B. Boury writes, “To show his ardent devotion and steadfast faith in Muhammaddan religion, Tipu Sultan found Kozhikode to be the most suitable place. It was because the Hindus of Malabar refused to reject the matriarchal system, polyandry and half-nakedness of women that the ‘great reformer’ Tipu Sultan tried to honour the entire population with Islam.”

To the Malabar people, the Muslim harem, Muslim polygamy and the Islamic ritual of circumcision were equally repulsive and opposed to the ancient culture and tradition in Kerala. Tipu Sultan sought a marriage alliance with the matriarchal Muslim family of Arackal Bibi in Cannanore.

Kozhikode was then a centre of Brahmins. Over 7000 Brahmin families resided in Kozhikode then. More than 2000 Brahmin families perished as a result of Tipu Sultan’s Islamic cruelties. He did not spare even women and children. Most of the men escaped to forests and foreign lands.

Elamkulam Kunjan Pillai wrote in the Mathrubhoomi Weekly of December 25, 1955, “Muhammadans greatly increased in number. Hindus were forcibly circumcised in thousands. As a result of Tipu’s atrocities, strength of Nairs and Scheduled Castes significantly diminished in number. Namboodiris also substantially decreased in number.”

The German missionary Guntest recorded, ‘Accompanied by an army of 60,000, Tipu Sultan came to Kozhikode in 1788 and razed it to the ground. It is not possible even to describe the brutalities committed by that Islamic barbarian from Mysore.”

C.A. Parkhurst wrote ‘Almost the entire Kozhikode was razed to the ground.”

Gopal Rao, a Mysorean, wrote in one of his articles, ‘Muslims were exempted from all taxes. Even those who were converted to Islamic faith were also allowed the same concessions.’

This is only an account of barbaric activities of Tipu Sultan in Kozhikode. Imagine his total atrocities in the entire region he ruled!

So, this is how India glorifies a barbaric ruler as great!

Related Post: Tejo Mahalaya Truth Was Established by None Other than Aurangzeb Himself! Know How?