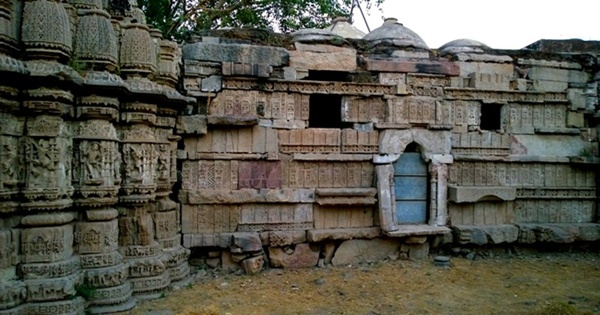 As they say truth needs a big cover for the lie to prosper. In the case of Hindu temples, the wanton destruction, conversion to mosques and cover of time as it passed was used to propagate the superiority of Islam. What was unmatched in beauty of architecture and construction was destroyed, mutilated and converted into what the invaders wanted the history to remember.

But truth cannot be long hidden, history shows of the strange manners in which truth resurfaced. Minor repair works, accidental discoveries and excavations have resulted in a large number of temples being discovered beneath new structures which were constructed to destroy a glorious civilization. It might have succeeded in other places but in a country which never gave up fighting and where entire Vedas are memorised verbally, nothing could destroy it. 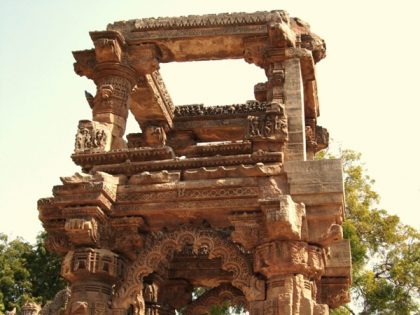 One such wonder of our time is Rudra Mahalaya of Sidhpur, Gujarat now known as Jami Masjid after its destruction and take over by the Muslim invaders. Rudra Mahalaya is a Hindu temple dedicated to Lord Siva. It was constructed by Chalukyas, started in 943 AD by Mularaja and completed in 1140 AD by Jayasimha Siddharaja.

The temple’s grandeur can be gauged from the fact that even Sultan Ahmad Shah’s historians in the book Mirat e Sikandari wrote of the idols inside the Rudra Mahalaya which they said could put the idols of China and Khotan to shame. It clearly states that by the efforts of Sultan and his General Ulugh Khan, Rudra Mahalaya was rid of the idols. The temple was destroyed first by by Alauddin Khilji, and later by Ahmed Shah I. 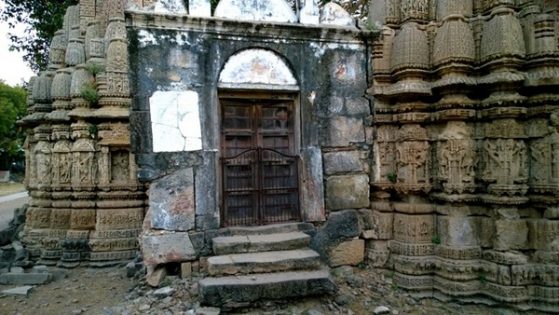 Famous Historian Sita Ram Goel in his book Hindu Temples What Happened to Them has given an incident when Maharaja Jaswant Singh was appointed Governor of Gujarat in 1658. His historian Munhata Nai Nasi made a visit and in his words Sidhpur had lost the spiritual glory and importance during the centuries which followed after its destruction.

According to him Sidhpur was founded by Siddharao, who named the place after himself and invited one thousand Brahmans well versed in Vedas to settle there and granted 700 villages around Siddhpur to them. The temple was destroyed by the Sultan Alauddin and many Brahmans were massacred; still some portion of it survived only to be attacked by the next invading horde. 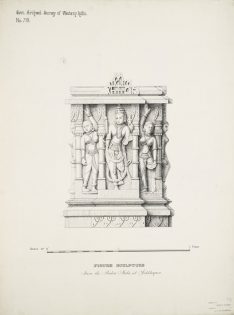 BL Nagarach an expert archaeologist further stated that during excavation he found “a standing idol of an Apsara”, “four armed Varuna” and a “two armed female deity holding a sword and a cut head”. Even a layman can tell that mosques do not have idols inside them, unless otherwise the mosque is a Hindu temple under siege. It is pertinent to note that the Archaeological Survey of India’s (ASI) report of the year 1979-80 published in 1983 stated finding Hindu and Jain pantheons stretching back to the 10th century.

In one of his chapters Nai Nasi had included a poem by poet Lalla Bhat praising the Rudra Mahalaya, Lalla Bhatt says “18000 statues studded with diamonds and 30000 flag staffs with carved stems and gold leaves and thousands of sculpted horses and elephants stand in attendance before the Rudra”. 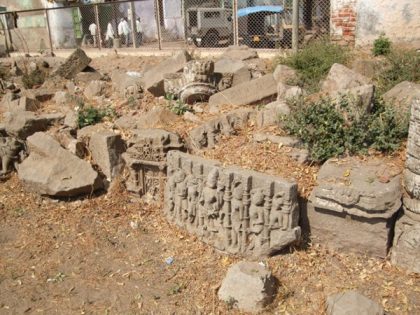 In a nation where even reclaiming the birth place of Lord Rama is still a far thought, there are thousands more temples of our ancestors looking at each of us and waiting for us to to build a collective resolve and come out of our complacency of centuries and simply reclaim what was always ours.

As the famous saying goes a closed room is only in dark as long as no one opens a window and let’s the sun in. We all collectively can open these windows and let in the “Sun” whom we worship. Let it purify centuries of neglect and shine on our great legacy. Time to revive our Heritage, our Civilisation and our Dharma.

This article by Nayandeep was first published at reclaimtemples.com. Visit this site to know more about our temple heritage.