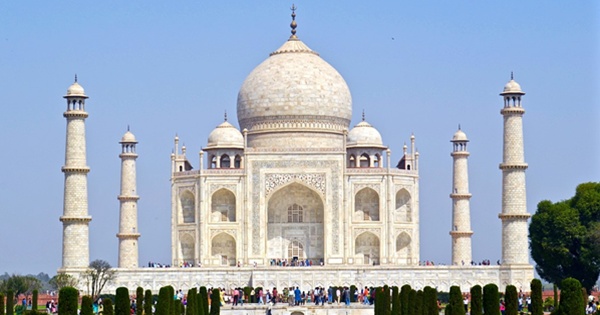 The Mughals, during their rule, looted and destroyed hundreds of thousands of Hindu temples. Do you know Aurangzeb himself destroyed 10,000 Hindu temples during his reign? Some of the larger temples were converted into mosques or other Islamic structures.

The most evident of such structures is the Taj Mahal, a structure supposedly devoted to love by the ‘great’ Mughal king Shah Jahan to his favorite wife Mumtaz Mahal. Do you know Shah Jahan had a harem of 5,000 women? Is such a person even capable of imagining such a wondrous structure as the Taj Mahal let alone be the architect of it?

European visitors’ accounts about the Taj Mahal prove that it is a Hindu structure. Here are accounts to justify this fact:

A French jeweller Jean-Baptiste Tavernier has recorded in his travel memoirs that Shah Jahan purposely buried Mumtaz near the Taz-i-Makan (i.e.,`The Taj building’) where foreigners used to come as they do even today so that the world may admire. He also adds that the cost of the scaffolding was more than that of the entire work.

The work that Shah Jahan commissioned in the Tejo Mahalaya Shiva temple was plundering at the costly fixtures inside it, uprooting the Shiva idols, planting the cenotaphs in their place on two stories, inscribing the Koran along the arches and walling up six of the seven stories of the Taj. It was this plunder, desecrating and plundering of the rooms which took 22 years.

An English visitor to Agra named Peter Mundy recorded in 1632 (within only a year of Mumtaz’s death) that `the places of note in and around Agra, included Taj-e-Mahal’s tomb, gardens and bazaars’. He, therefore, confirms that that the Taj Mahal had been a noteworthy building even before Shah Jahan started its construction in 1632.

A contemporary French visitor of Shah Jahan’s times named Bernier has noted that non Muslims were barred entry into the basement (at the time when Shah Jahan requisitioned Mansingh’s palace) which contained a dazzling light.

Obviously, he referred to the silver doors, gold railing, the gem studded lattice and strings of pearl hanging over Shiva’s idol. Shah Jahan commandeered the building to grab all the wealth, making Mumtaz’s death a convenient pretext.

A seventeenth-century German adventurer Johan Albert Mandelslo describes life in Agra in 1638 (only 7 years after Mumtaz’s death) in detail (in his Voyages and Travels to West-Indies, published by John Starkey and John Basset, London). He makes no mention of the Taj Mahal being under construction though it is commonly erringly asserted or assumed that the Taj was being built in between 1631 to 1653.

Note: The author has made this article copyright free. It can be copied and info disseminated.

Related Post: Tejo Mahalaya Truth Was Established by None Other than Aurangzeb Himself! Know How?