Stumbling onto a Page from the Ramayana at Ayodhya 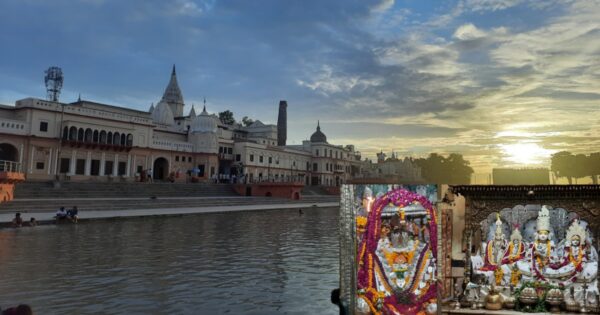 When I began writing about my visit to Ayodhya – the city where Lord Ram was born, the city where the epic Ramayana begins and ends, I wondered where to begin. Perhaps I had difficulty finding suitable words to describe what I experienced. As words could not possibly express what it is likely to be in Ayodhya. To be honest, when we (it was a family trip) were planning for our Ayodhya visit, for me, it was just another opportunity to escape my daily routine. But believe me, in Ayodhya, you almost feel as if you have stumbled onto a page from the Ramayana. There is a sense of being a part of it.

Located on the banks of the river Saryu, Ayodhya is one of Hinduism’s seven sacred cities, Sapta-puris, making it a pilgrimage site. We visited Ayodhya after our visit to Prayagraj. I guess the distance is somewhere around 166 kilometres. From Prayagraj, we boarded a taxi and to my surprise, the roads were smooth and the run took approximately four hours. During our drive, our driver Bhaisaab mentioned that this infrastructure is newly built and wasn’t there a few years ago.  Changes have begun after a comprehensive verdict has been rendered on Ram janam Bhoomi, one of the most controversial cases in Indian history, which paved the way for the construction of the grand Ram mandir. 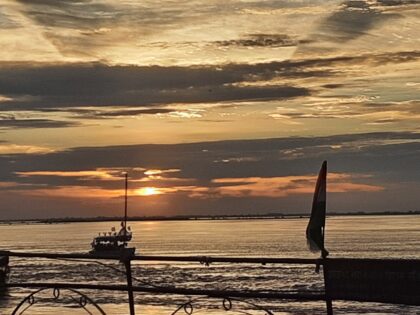 Ayodhya, the spiritual city, is a kaleidoscope of colour, culture, tradition, and of course spirituality. A buzz of activity fills the narrow lanes. As people jostle for space, vendors are busy selling paraphernalia- from books to idols, from prayer beads to Chandans, they have it all. Naturally there are temples all over. The monuments here are a fitting tribute to Rama and Sita, and you can see several places that form the backdrop of the Ramayana in Ayodhya. 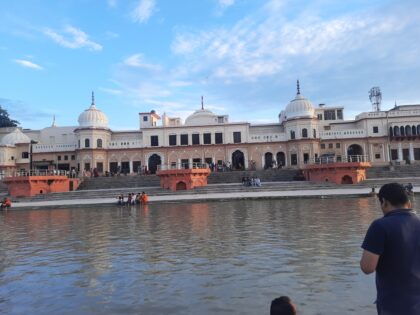 Our sojourn began at Ram ki Paidi. The Saryu River has a series of Ghats here. Just walking along the ghats lends a vibrant and cultural feel to the experience with each ghat having a different story to tell. Here, people can be seen taking holy dips. There are temples dedicated to Ram, Lakshman, Sita, and Hanuman on the other side of the ghats. Famous of them are the Naagnath temple and Kale Ram-Gore Ram temple. And yes! an evening here calls for stunning sunsets and mesmerizing Saryu Aarti performances. Seeing the river lighted by earthen lamps is a beautiful sight. Multi-tiered lamps emit a spiritual aura as they go around. Music and songs add a special touch to the atmosphere. 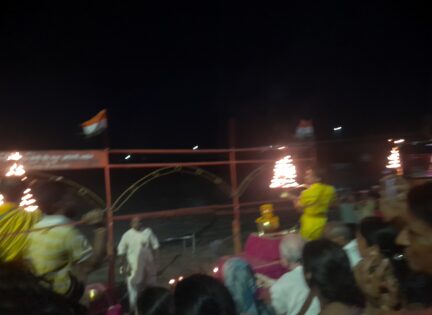 We then visited the Hanuman Garhi temple. A temple with ornate interiors, striking colors, and exquisitely carved silver doors awaits us after braving the crowd and climbing over 70 steps. Hanuman is believed to guard the city here as Ram had instructed him to do so when he decided to leave the world.

The next stop was Kanak Bhavan. Upon entering the palace, we were overwhelmed with a surreal silence. The palace is said to be gifted to Sita by queen Kaikayee after she had married Ram. An eye-catching idol of Ram-Sita adorns this beautiful Bhavan. 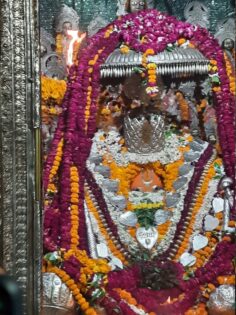 As we walked through the colourful Dashrath Mahal, Janaki Mahal, and Sita ki Rasoi, the Chants of Jai Shri Ram echoed in our ears.

It was then time to visit Ram Janam Bhoomi, the most awaited of all. It is believed that Lord Ram was born here. In an atmosphere of excitement and anxiety, we entered Ram Lala Janmasthan (as referred to by the locals). To enter the premises, one must deposit everything they have (including mobile phones) and undergo multiple security checks. The premises were completely enclosed by a grilled walkway. It was thrilling to see the Ram Mandir model adorning the premises, giving hopes to pilgrims. There was intense construction activity going on at the Ram Mandir site. However, our heart-shattered eyes filled with tears when we saw Ram Lala, the king of Ayodhya and the lord of millions of hearts, sitting over a wooden scaffold. 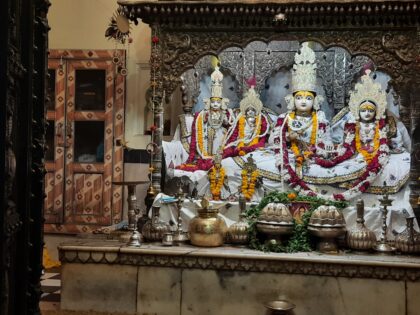 My mind was flooded with a thousand emotions as we walked around the town later that day. Buying souvenirs gives us a chance to talk with locals. It left us speechless to know that for them, the verdict over Ram Janam Bhoomi was more than just a victory of faith. Many hopes, many dreams, triumphed too. Many generations have witnessed so much hostility because of the dispute. Bhavya Ram Mandir, a desire of millions of Hindus around the globe, awaits completion to receive the blessings of its long-awaited guests. Also, building the Ram Mandir in Ayodhya is expected to boost the local economy by bringing more tourists to the town, resulting in better business opportunities. Better economy leads to better resources, which leads to better development better future. 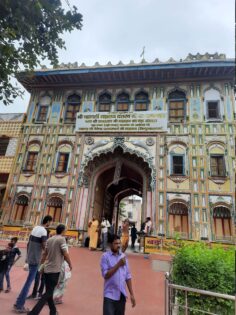 Truly, it is one of the most colourful cities I have seen. Every house, and every Ashram has a colourful facade, making the city look lively and vibrant. Faith and devotion oozed out of every lane. Even the ruins had a charm. Even a small shrine in a lost lane had a divine aura around them. Just walking through the lanes of the city is enough to imbibe its mystical essence. There is a strong Hindu belief that you visit a deity only when you are called. Alternately when He or She calls you, no matter what, you will be there. I feel blessed to be called upon.

Images clicked by the author.

Richa Agrawal is a writer, blogger and a mother. Traveling and interacting with people from different cultures and languages fascinates her.