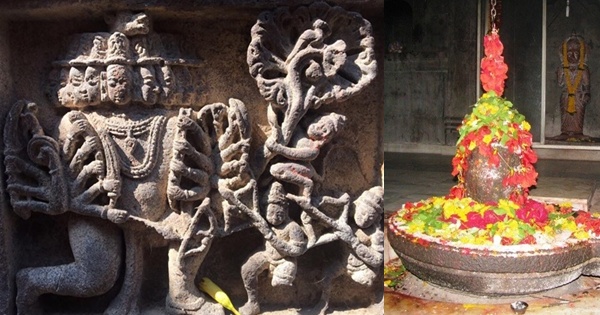 “You may certainly miss it! I almost missed it since I never heard of this place before.” At the confluence (Sangam) of river Pravara and Godavari at village Toka near Newasa, about 70 km from Ahmednagar in Maharashtra, there is a Shiva temple called Siddheshwara temple.

Although there are many Siddheshwara temples in India yet this one is very unique for at least two reasons: 1. Absolutely stunning architecture (Hemadpanti style), 2. The Ramayana connection with this place. 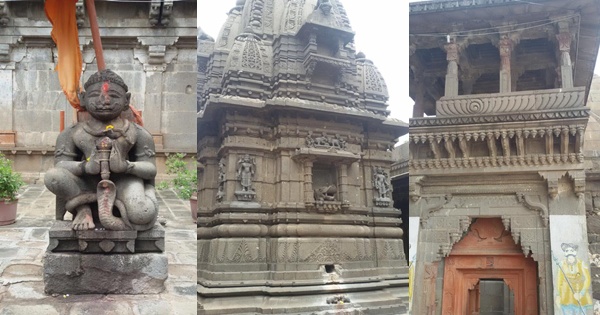 The Siddheshwara temple of Toka was built in 1767 during the Peshwa period by Vishnu Mahadev Gadre. The beautifully carved temple portrays various historical themes from the Ramayana and Mahabharata and elegant carvings of Gods and Goddesses. In the temple compound, separate temples of Vishnu and Maa Durga are present on the both sides of the main temple dedicated to Lord Shiva i.e. Vishnu on left and Durga on right.

According to local villagers, these three temples represent the name of their constructor – Vishnu (Vishnu Temple), Mahadev (Shiva Temple), and Gadre (Maa Durga Temple – which is also called as ‘Gajara Mata’ by locals). However, the interesting part is the mythological, or to be precise, historical analogy of this temple. The Shivlingam was first installed by Lord Rama. 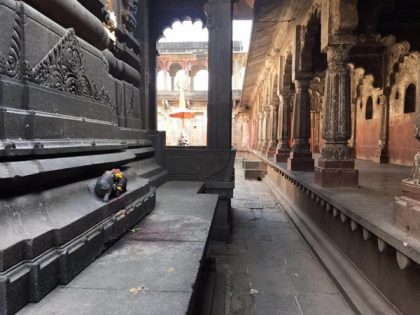 Rama, Sita and Lakshmana during their exile moved into the forest of Dandakaranya. They lived in a hermitage near the banks of Godavari river at Panchavati (Nashik), from where Dandakaranya starts. We all know how Sita urged Rama to get her that beautiful golden deer and Rama had to go after it. The golden deer was actually a wise demon (cursed) Mareecha who was forced (threatened) by Ravana to take the form of golden deer.

Mareecha ran away from Panchvati (so that Ravana could take Sita away) and was killed by Rama with an arrow at this place called Toka (171 km from Nashik). This village is named Toka as “arrow head” is called toka in Devnagari. After killing Mareecha (while Mareecha got moksha) Rama worshipped Lord Shiva here. And the Siddheshwara temple was established, more than 5000 years ago! 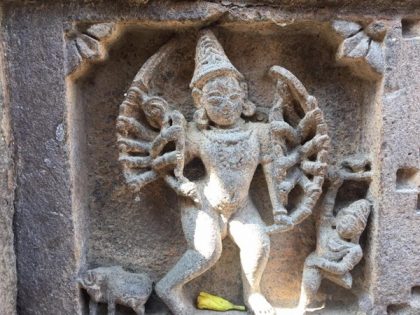 No doubt the temple was given its current look during the 18th century but the most remarkable feature is its architecture and quintessential carvings. Each cut in the granite temple is exemplary as if carved in soft clay, exhibiting spectacular display of indigenous art. The most conspicuous feature in this temple complex is the blend of Shaivism, Shaktism and Vaishnavism.

The entire temple complex depicts various epic events. The central Shiva temple walls are adorned with various episodes of the Ramayana and Mahabharata. The Sabha Mandapa ceiling is embellished with numerous episodes of Raslila from Bhagvat Purana. 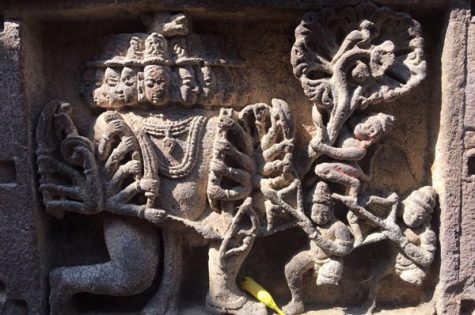 A solitary Garuda figure stood outside the Vishnu temple, which is reminiscent of Datya Sudan temple (Lonar) complex. Truly a magnificent temple, it is a must visit after the rains to experience the confluence and the true divinity of the Godavari river ghats.