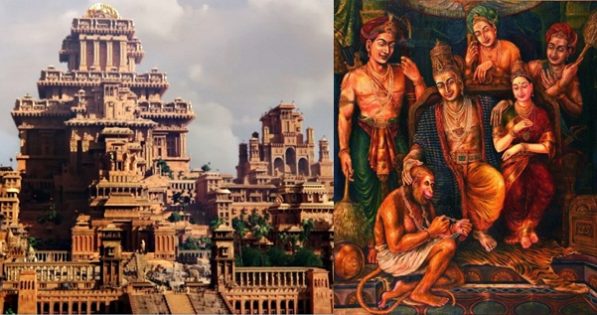 Here is a chronology of events right from the time of Manu. Rulers of Ayodhya from 13800 BCE are mentioned the the chart.

Vaivasvata Manu and his son Ikshvaku and his twelve descendants reigned in Saurashtra and Madhyadesha around 11250-11000 BCE.

King Sagara, son of Ikshvaku King Asita shifted his capital from Saurashtra to Ayodhya around 11000 BCE when Vedic Sarasvati River lost in sands at Vinashana and the flow of Sarasvati River had shifted westwards from Kurukshetra.

During the reign of Agnivarna (4750 BCE), the decline of Ikshvaku dynasty led to the rise of Kuru dynasty (a branch of Bharatas). Hastinapur became the capital of India.

Many kings of Ayodhya from Brihatkshaya to Sumitra reigned over Ayodhya from 3162 BCE to 1662 BCE. During this period, Ayodhya came to be known as Saketa.

Buddha was born in 1944 BCE and attained Nirvana in 1864 BCE. His father King Shuddhodana was a descendant of Ikshvaku dynasty.

Mahapadma Nanda (1662-1608 BCE) conquered Ayodhya during the reign of Ikshvaku King Sumitra and made it part of the Magadha empire.

During the reign of Maurya King Shalishuka (1494-1481 BCE), the Yavanas of Takshashila and Sakala invaded and destroyed the city of Saketa i.e. Ayodhya.

King Vikramaditya (984-925 BCE) of Chandra dynasty had re-established the city of Ayodhya and constructed the temple of Vishnu Avatar Shri Ram at the Janmabhoomi Kshetra.

The Vishnu-Hari inscription found in the excavations at Ayodhya refers to a temple of Vishnu-Hari (incarnation of Vishnu) during the period of Gahadwala Kings of Kanauj.

Guru Nanak Dev Ji visited the temple of Ayodhya and went for darshan.

Momental Antiquities and Inscriptions in NWP & Oudh by A. Fuhrer 1891 states, “…It is locally affirmed that at the Musalman conquest there were three important Hindu temples at Ayodhya: these were the Janmasthanam, the Svargadvaram, and the Treta-Ke-Thakur. On the first of these Mir Khan built a masjid, in A.H. 930 during the reign of Babar”.

Edward Thornton’s Gazetteer of 1854 published in 1858 mentions that “according to native tradition, they were demolished by Aurangzeb, who built a mosque on part of the site. The falsehood of the tradition is, however, proved by an inscription on the wall of the mosque, attributing the work to the conqueror Baber, from whom Aurangzeb was fifth in descent.”

On the night of 22nd December 1949, the idol of Bhagwan Shri Rama was installed with a due ceremony under the central dome of the building.

In 1990, more than 17 Kar Sevaks were killed in police firing including Kothari brothers – Ram and Sharad.

On 6 Dec 1992, the disputed structure was demolished, and a temporary temple of Sri Rama was set up.

Supreme Court delivered final judgement on 9 Nov 2019 and ordered the land (2.77 acres) to be handed over to a trust for building of Ram Janmabhoomi temple.

On 5 Aug 2020, Prime Minister Narendra Modi to perform Bhumi Pujan in Ayodhya for construction of a grand temple of Shri Ram. 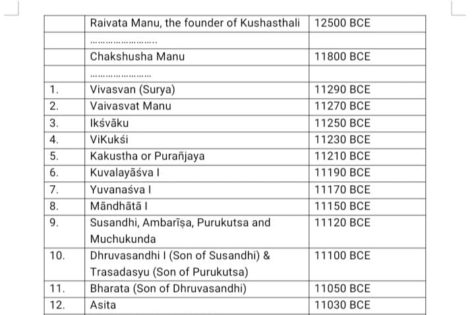 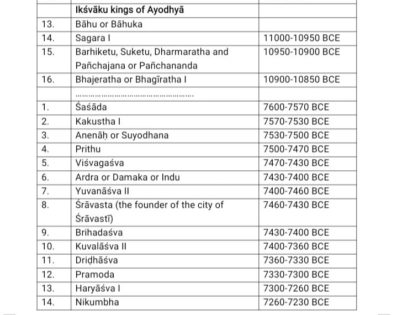 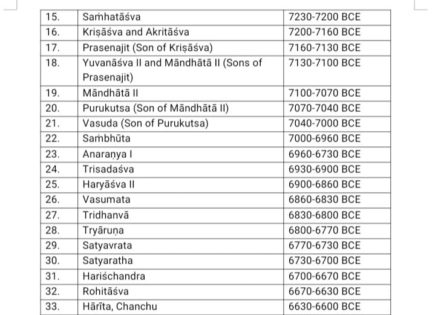 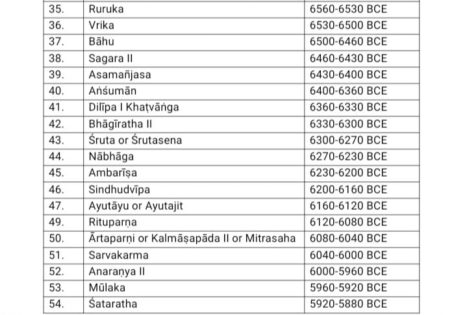 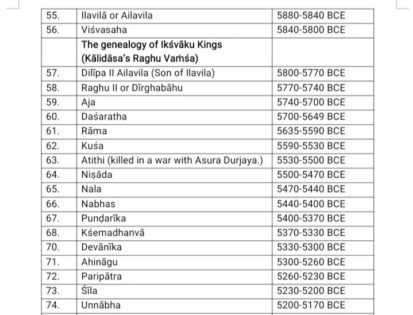 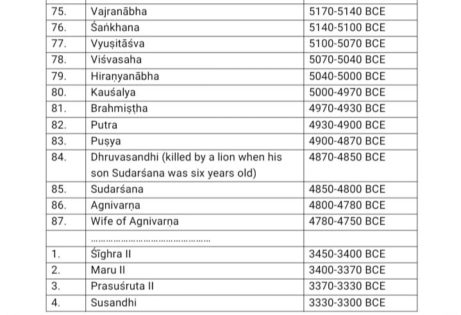 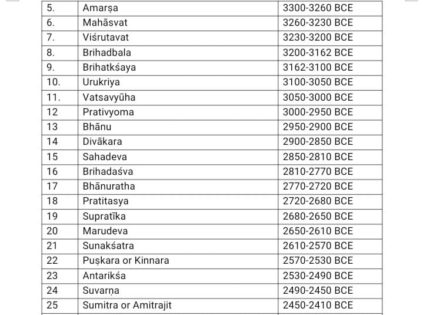 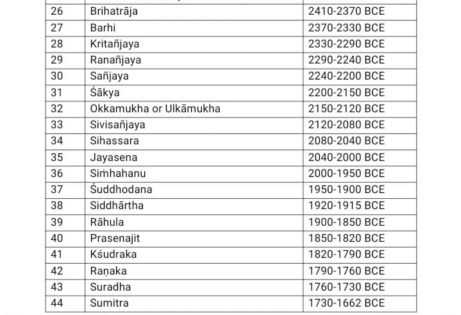 Chronology of India: From Manu to Mahabharata by Vedveer Arya.