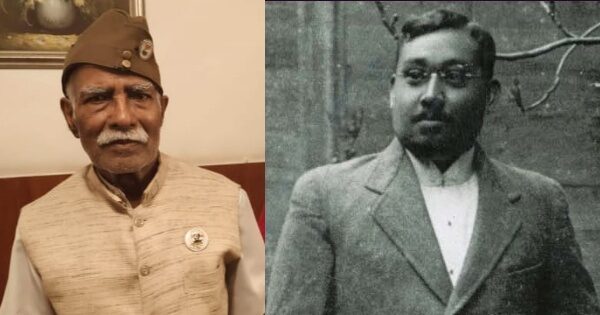 Recently I had an interaction with IIL and INA Veteran Lt Rangaswamy Madhvan Pillai. He was a recruiter under Indian Independence League of Rash Behari Bose and later held the same post for the INA under Netaji Subhash Chandra Bose. He narrated in detail about the contributions of Rash Behari Bose and Netaji Bose in foreign lands for the freedom of the country. He is contented that Netaji Bose has been given the rightful place after several decades of independence. His statue at the canopy at India Gate at Kartavya Path stands testimony to the fact. He is all praises for PM Modi for doing what previous governments ignored pertaining to Netaji Bose and INA veterans.

Counting on the many contributions of freedom fighter Rash Behari Bose, Lt Madhvan utters in anguish that the country has not yet given him the recognition he deserves. History textbooks and mainstream media are silent about him. It was Rash Behari Bose who gave Netaji Bose the platform, to carry forward the leadership of the INA, i.e. the Azad Hind Fauz. And Netaji Bose did what no sons of the soil could do in then contemporary times for the freedom we enjoy today. LT Madhvan proposes and appeals that there should be statues of Rash Behari Bose in Delhi and various parts of the country. Lt Madhvan recollects how, even the only son of Rash Behari Bose – Masahide Bose (Bharatchandra), who worked under the Japanese Army as a fighter pilot, sacrificed his life leading a suicide attack on a British ship armed with ammunition and soldiers during World War II at Okinawa. Indirectly, he only contributed to India’s cause, by killing many British soldiers and destroying their ammunition. 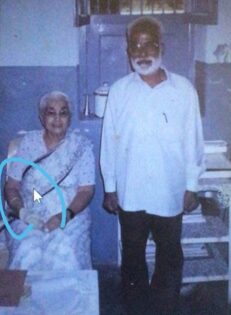 Lt Madhvan was only 17 years old when he joined the Indian Independence League. He belonged to a very rich family. He was born and brought up in Syrian near Rangoon in Burma. Lt. Madhvan donated his lands in Syrian to the Azad Hind Fauz for the upkeep of the army for the cause of the freedom of the country. His grandfather was from Sivagangai in Tamil Nadu. They owned nearly 200 acres of land in Sivagangai. After independence of India, Lt Madhvan’s ancestral lands were taken over forcibly by people, especially members of the Communist Party of India. Today, in India, he doesn’t have a home of his own. Now 97 years old, he stays at his daughter’s place in a one-room flat.

In an interview with Rajya Sabha TV, five years ago, Lt Madhvan had said that Rash Behari Bose should be declared the ‘Father of the Nation’, not Mohandas Karamchand Gandhi.

Here are reasons why Lt Rangaswamy Madhvan Pillai appeals for installation of statue of Rash Behari Bose in Delhi and other cities of India. Below paragraphs are extracts from Chapter 50 from Book 2 of Saffron Swords, published by Garuda Prakashan.

During the last decades of the 19th century, after the Revolt of 1857, several organizations were formed in Bengal and the members resorted to armed conflict against the British for the independence of India. By the beginning of the 20th century, Bengal saw the mushrooming of three secret organizations, committed to overthrowing the British. These were the Anushilan Samiti, Yugantar, and Bengal Volunteers. Anushilan Samiti connected local youth groups and akharas (gyms). Rash Behari Bose became a member of Anushilan Samiti. 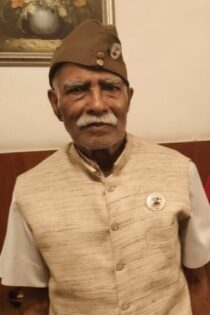 Amongst the leaders of Anushilan Samiti were Aurobindo Ghosh and his brother Barin Ghosh. Since 1906, Barin and his group members had been experimenting with the production of explosives, and their cause was further supported by Ullaskar Dutt, a self-taught chemist and an expert in bomb-making. Their secret base was the Muraripukur garden house owned by Barin Ghosh in the Manicktolla suburbs of Calcutta.

In March 1908, Anushilan Samiti members targeted to assassinate Douglas Kingsford, the Chief Magistrate of the Presidency Court of Alipore; he was notorious for torturing freedom fighters and inflicting them with rigorous punishment. The next attempt was made by Prafulla Chaki and Khudiram Bose, both members of Anushilan Samiti, but instead of Douglas, his wife and daughter succumbed to the bomb injuries. The British looked for all the suspects including Rash Behari Bose. To avoid arrest, Rash Behari Bose shifted base in 1908 from Bengal to Dehradun, where he worked as a head clerk at the Forest Research Institute.

From Dehradun, Rash Behari Bose stayed secretly connected with his fellow freedom fighters in Bengal. He also connected with more freedom fighters in present Uttar Pradesh and Punjab. In 1912, he masterminded the assassination of Charles Hardinge, the Viceroy and Governor-General of British India, in Delhi. While Hardinge was in a ceremonial procession transferring the capital from Calcutta to New Delhi, freedom fighter Basanta Kumar Biswas, disguised as a woman, attacked him with a bomb near Red Fort. Rash Behari Bose was in Delhi during the attack. He immediately took a train and returned to Dehradun and joined office the next day and feigned condemning the attack. Thus he avoided arrest. Basanta Kumar Biswas was arrested and tortured by the British; he did not provide any information about Bose and other fellow freedom fighters. He was hanged on 11th May 1915 at Ambala Central Jail in Punjab. He was then aged 20 years. 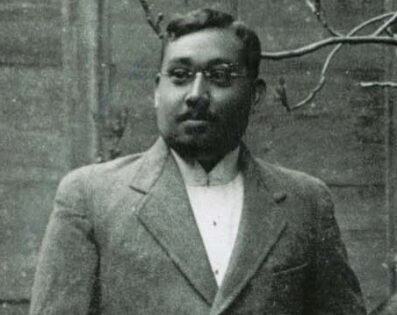 In 1913, Rash Behari Bose played an instrumental role in organizing the Ghadar forces in India for war against the British. It was on 12th April 1913 that the Indian workers in the Pacific Coast, including Canada and the USA, that majorly comprised of Sikhs formed a group called the Ghadar Party. Sohan Singh Bhakna was the key founder. Another founding member was Har Dayal. The objective behind its establishment was to secure India’s independence from British rule. Its headquarters was in San Francisco. Ghadar Party soon gained support from Indian expatriates from foreign lands worldwide.

After World War I, Ghadar Party came to India to start the rebellion against the British on Indian soil where Rash Behari Bose took a leadership role. They started organizing uprisings in Punjab in 1915, challenging the supremacy of the British. More freedom fighters from across the country joined the Ghadar Party to give shape to the movement in a big way. Meanwhile, World War I had started and Rash Behari Bose including other Ghadar leaders entrusted hundreds of Ghadar members to infiltrate into the army to further enhance their plans. On 25th January 1915, at a meeting in Amritsar by Ghadar, members which also included Rash Behari Bose and Kartar Singh Sarabha, 21st February 1915 was chosen for attacking the British with arms. It was because of a traitor within the Ghadar Party that the British came to know beforehand about the war plans. Accordingly, the British arrested many freedom fighters and foiled their attempt. To avoid arrest, Rash Behari Bose, then aged 29, fled to Japan in the name of Priyanath Tagore where, for three years, he stayed in oblivion, changing identities and residences, as there were British spies everywhere. Various Pan-Asian groups, that promoted the political and economic unity and cooperation of Asian peoples, gave him shelter. 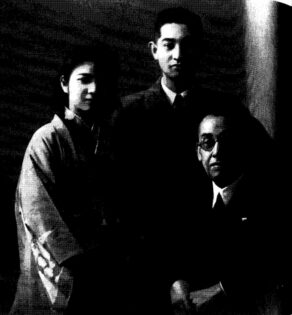 Besides, the British, who were suspicious of Bose’s presence in Japan, kept pressing the Japanese Government for his extradition. Rash Behari Bose also found refuge at Shinjuku City in Tokyo at the house of noted Pan-Asian supporter Aizo Soma, the son of a Samurai and Kokko Soma, who were owners of Nakamuraya bakery in the same city. He met Toshiko Soma, their daughter. People around looked at him with suspicion for staying with the Soma family.

Moreover, British spies were only looking for Bose to assassinate him. It was then that Toyama Mitsuru, a Japanese ultranationalist and a strong advocate of Pan-Asianism, proposed the marriage of Rash Behari Bose with Toshiko Soma. Toyama Mitsuru was the founder of Black Ocean Society, a secret ultranationalist group, and Black Dragon Society, a prominent paramilitary ultranationalist group, both based in Japan. To quote from The Two Great Indians in Japan by J.G. Ohsawa about how Toyama helped Bose: “The British Embassy mobilized a private detective group and offered a prize for Bose’s capture. But Mr. Toyama always managed to outwit the people of the British Embassy and the detective group… Bose might have been assassinated any moment. Soma thought one must be always with him as the pursuit of the British Embassy became pressing day by day. Mr. Toyama could not solve this problem. He called Mr. Soma one day and asked him to give his daughter Tosiko, then 20 yearI old, in marriage to the poor young Indian–who was always under threat of brutal attack.” Rash Behari Bose married Toshiko Soma in July 1918. 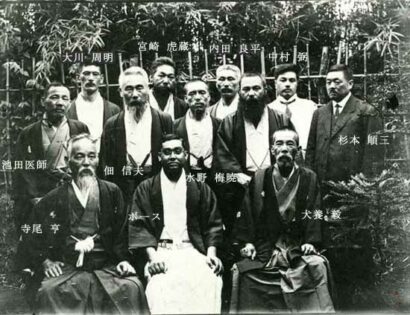 Bose and his Japanese supporters in 1916. Image source: Wikimedia.

Meanwhile, Rash Behari Bose teamed up with Aiyappan Pillai Madhavan Nair, an Indian engineer who quit his job to join India’s freedom struggle. Together they persuaded Japanese authorities to stand for the cause of India and officially provide support for India’s independence. Bose established the Indian Independence League that traces its early formation in the 1920s by Indian nationalists including Bose. The key purpose of the organization was to work towards the removal of British colonial rule from India. For gaining support, he convened two conferences, the first from 28th to 30th March 1942 in Tokyo and the second on 22nd June 1942 in Bangkok.

In the second conference, Rash Behari Bose proposed the name of Subhash Chandra Bose as the leader of the organization and persuaded Japanese authorities to recognize him and support him. On 1st September in 1942, Rash Behari Bose formed the Indian National Army (INA) as the military wing of the Indian Independence League. He ideated it in March end of 1942 in Tokyo with the support of the Indian prisoners of war in Japan. Anand Mohan Sahay and military officer Mohan Singh were the key people who helped him form it. Netaji Bose kept up Rash Behari Bose’s words. He joined as the president and further expanded the INA as Azad Hind Fauz. Netaji Bose established the Azad Hind Govt on 21st October 1943 in Singapore, which was recognized by 11 countries. 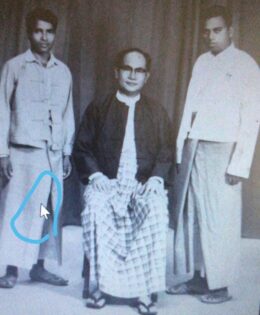 During his stay in Japan, Rash Behari Bose’s efforts ‘consisted… of acquainting the people of Japan with the Indian problems’. Rash Behari Bose contacted the Japanese high military authorities to secure their help for organizing a movement in East Asia for India’s freedom.

Right picture in featured image is sourced from Wikimedia.