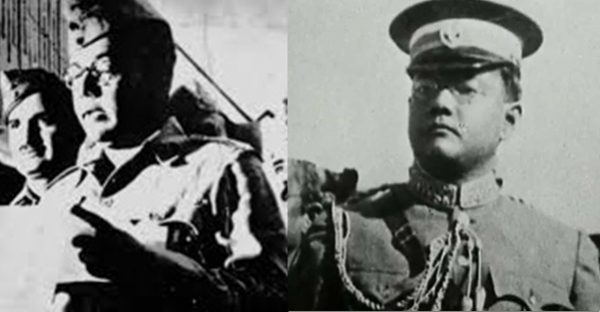 (Maj General GD Bakshi recently started a campaign under the banner of the hashtags #SelfiewithNetajiStatue and #PicturewithNetajiStatue to rekindle the spirit of Netaji, who played an instrumental role in freeing India from British rule. Sadly, he is hardly recognized in History books. Netaji’s INA had 60,000 soldiers out of which 26,000 sacrificed their lives in battle for the freedom of the country. Only Netaji Bose could raise such a huge army in foreign lands confidently, fighting all odds. #SelfiewithNetajiStatue and #PicturewithNetajiStatue campaign is an initiative to engage the citizens of India with the great patriot Netaji. This will also give us an idea about the statues of Netaji Bose erected across the country.

A series of articles on Netaji Bose will be published and each article will incorporate the collected selfies and pictures clicked with the statue of Netaji. Readers can directly inbox their selfies or pictures with Netaji statue to Maj Gen GD Bakshi on Facebook or tweet him or mail the same with name and place to info@myindiamyglory.com) 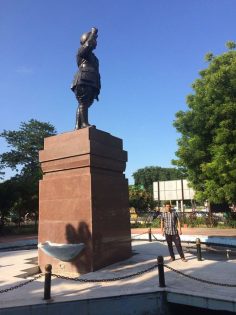 On 08 December 1941, after the failure of the US-Japan talks to end the economic strangulation of that country, Japan lashed out militarily on the US forward base in the Pacific Ocean. The attack seemingly achieved complete surprise.

The entire battleships of the US Navy Fleet were forward deployed at Pearl Harbour and these were sunk in the sudden, catastrophic attack by Japanese Naval aviation. Providentially, the US aircraft carriers escaped as they were not based in Pearl Harbour. Carrier borne naval aviation had made a stunning debut in the Pacific and the Japanese Navy had pioneered this concept with devastating efficacy. 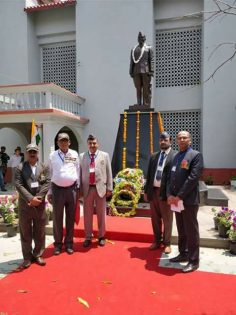 The Japanese Southern Drive that followed in Malaya, Singapore and Burma was equally successful. The British warships HMS Repulse and Prince of Wales were sunk by aircrafts from the Japanese carriers. Malaya had fallen in Dec41 – Jan42 and Singapore fell in February 1942. 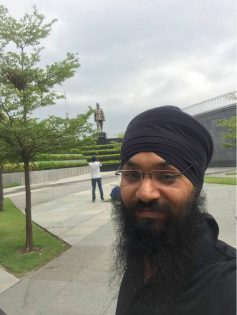 The only discordant note that came later was the Naval battles of Coral Sea and Midway that took place in May-June 1942. Japan lost these carrier battle groups based engagements – entirely as a result of the breaking of the cipher codes being used by the Japanese since 1930 by the  Enigma machine.

This intelligence windfall had changed the fortunes of war in that critical period as the naval military balance in the Pacific turned against Japan. Japan however was still riding high on the wave of a series of spectacular military successes on the ground in Asia. 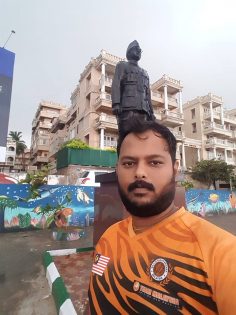 The Japanese Southern Army, under Count, Field Marshal Hisaichi Terauchi had achieved its objectives well ahead of schedule. By Mar 1942, the British had been driven out of Burma, well before the rains had started. A clear opportunity now presented itself for the Japanese to follow up this spectacular success by a quick foray into India. Such a swift follow up attack would have achieved two objectives:-

1. It would pre-empt a British attack on Burma and thus protect the new Co-prosperity Sphere of Japan.

2. It would also block British-American supplies to Generalissimo Chiang Kai Shek’s armies in China and block his Army from India by cutting off the Burma Road and also some of the air bases that supplied the hump route. 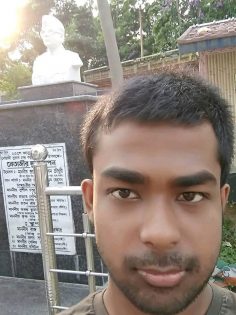 There was total collapse and demoralization then in the British Camp. Col Hayashi Akira of the staff in the Southern Army now proposed a swift dash to capture Dimapur and Tinsukhia in Assam. He correctly estimated that there was absolutely nothing to stop the Japanese Army if it had followed up its success in Burma and entered the plains of Assam in the summer of 1942.

Some 100,000 Indians had died in the racially organized escape from Burma. The British administration had withdrawn from Chittagong to Feni (in what is now Bangladesh). There was complete and total panic. In the East Bengal districts – the terrified British administration destroyed all the small country crafts and boats, which were the mainstay of the local transport system of the hinterland. 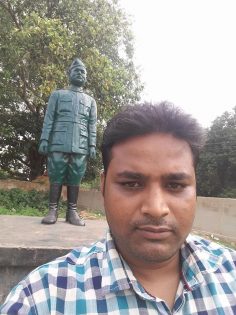 These were destroyed to deny the Japanese the existing facility of local riverine transport. So terrified were the British of an Imperial Japanese invasion that they undertook this virtual scorched earth policy. This panic destruction of the riverine transport system in East Bengal had a very tragic fallout. It led to the massive Bengal famine of 1942, which caused the death of some three million Indians.

In the hot summer of 1942, therefore, there was a massive influx of Allied troops of a variety of nationalities into India. This influx was stretching India’s economic and social fabric to the breaking point. This also contributed to the famine and there was general panic and collapse of morale. There were unmistakable signs of panic in Vishakhapatanam and parts of Madras. 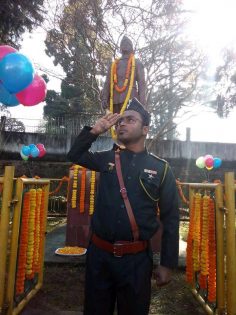 The Japanese were clearly sensing an opportunity.

1. Thus on 04 April 1942, Prime Minister Tojo spoke of military activities in India at a meeting of the Imperial Conference.

2. On 05 and 09 April 1942:- The Japanese carrier based naval aircrafts attacked Colombo Harbour and the British fleet’s Trincomalee base.  Unfortunately, the British fleet under Admiral Sir James Somerville had a narrow escape and he managed to slip away with his fleet just before this attack. The Japanese now bombed Madras, Visakhapatnam and Kakinada. There was complete panic. The resultant exodus indicated the air of collapse and pessimism.

The Governor of Madras reported to the Viceroy that this exodus exhibited a complete absence of will amongst the people in general to resist the Japanese. The Director Intelligence Bureau in India had also reported of defeatism and the possible need to deploy military for internal security duties. 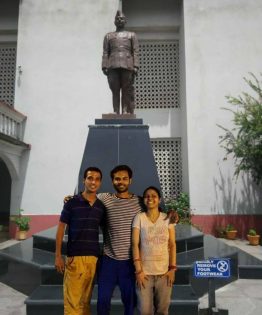 3. 22 April 1942:- The Japanese Foreign Affairs Ministry signaled to its Embassy in Berlin to get Netaji Bose out and send him to Japan. This message from the Gaimusha( Foreign Office) to Ambassador Oshima in Berlin was intercepted & decoded by Enigma, and alerted the British to Bose’s plans to escape again. An Italian aircraft was to do the non-stop flight from Europe to the Far East in July 1942. It was thought that Bose would attempt to get out of Berlin by the air or land route. This was the time when the British Foreign Ministry appealed to Moscow to prevent the escape of Netaji Bose by air/land routes to the Far East.

Churchill in fact had already issued instructions for his assassination after his first escape. They knew of Bose’s plan to escape again and tried their best now to block him. Amazingly it took the Germans 13 months before they finally agreed to send Bose by a perilious three months long submarine voyage to Japan – losing precious time in the bargain. 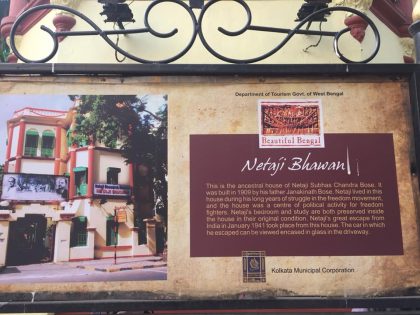 The Japanese were now getting quite disturbed with Hitler’s obsession with the Russian campaign and the German Navy’s inability to destroy the British Mediterranean Fleet and break out of the Suez Canal into the Indian Ocean Region (IOR). That would have helped the Japanese Navy, which was coming under pressure in the Pacific-Indian Ocean Region ( IOR).

The situation in South Asia however can be summed up in the words of Mahatma Gandhi. In April 1942, Gandhi wrote to Horace Alexander, “My firm opinion is that the British should leave India now in an orderly manner and not run the risk of what they did in Singapore, Malaya and Burma. Britain cannot defend India, much less defend herself on Indian soil with any strength. The best thing she can do is to leave India to her fate. 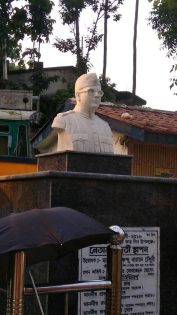 At this juncture, Netaji Bose felt that the circumstances were especially propitious for a determined bid for creating a liberated zone across the Indian borders – either in North East India, the Arakans or the Chittagong Division of Bengal. The British administration had already pulled back from Chittagong into Feni and begun destroying the local civil crafts in utter and unseemly panic. Thus at this critical juncture in the war Gandhijis views had taken a complete about face and  were now aligned very closely with those of Bose.

This article (except in brackets that describe the #PicturewithNetaji Statue and #SelfiewithNetaji Statue campaign) is an excerpt from Maj Gen GD Bakshi’s book Bose: An Indian Samurai : Netaji and the INA, A Military Assessment. 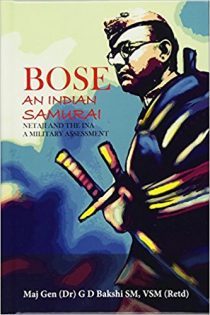