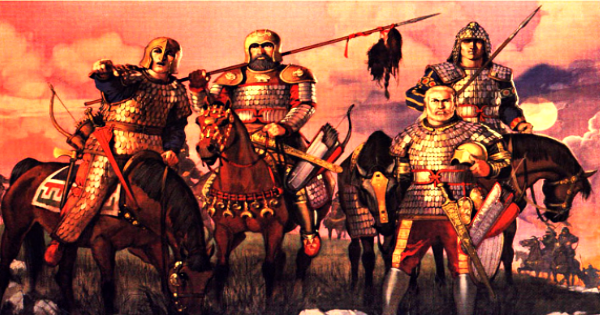 The main socio political achievement of Aryan Invasion Theory (AIT) in Bharata is that it quite easily turns the indigenous Vedic civilization and the culture of Bharata that produced Veda, Itihasa Puranas, the mesmerizing temple architecture, the diverse and beautiful dances like Bharatanatyam and other dance forms, into a culture that invaded into India!!

This gives legitimacy to the invasion of the exclusive monothesitic cultures born in Arabia and Israel that attacked and colonized India since 8th century till 20th century. This narrative helps in converting the native Bharatiyas into these exclusive monotheist foreign cultures. The AIT false narrative is compulsorily taught as an undisputed, proven fact, through the school text books. Thus the native Bharatiyas have internalized that their own native culture too is alien and foreign and that it came from the outside, and no different than the exclusive monotheist religions interested in converting them (with daily, monthly and yearly conversion targets and openly declared conversion strategies running into decades and centuries)!

Aryan Invasion Theory additionally achieves to divide the native Bharatiyas into two, viz the Aryan in the north (descendants of the invaders) and the Dravidian in the south (those who are portrayed as truly native and fled to south due to invasion). This creates a much deeper inferiority complex in the south. That is why conversions are happening more in the south, since those captivated by the conversion rackets in the south are feeling revengeful about their culture (which as per their perception is Aryan given)  enhancing their conversion decision.

People in the north too are not spared, because they are told they are not pure Aryans but got degraded due to mixing with the native population. Thus inferiority complex is planted in the north too though this doesn’t translate into large scale conversion numbers, though it is picking up in Punjab, the Northeast, and other regions.

Such division of indigenous population into two hostile camps is not something the colonizers invented in India alone. This method of pitting one region and people against another region and people, in the same native land which is colonized, is enacted with perfection in many African countries, for looting their gold mines and natural reserves. It is also done in many South American nations. So each of these colonized countries have their own equivalents of Aryan-Dravidian divide!

Thus AIT, despite its academic merits or demerits, is used as a socio political engineering tool in India, to the advantage of the conversion mafia and the conversion rackets.

That is why it is not going away from Indian school text books, despite it being proven false and much weakened status in the academia. This is also the reason why large number of native born pro Dharmic researchers are opposing it, because it is much more than an academic subject and used as a vicious tool for religious conversion.

There is no denial of this fact.

Aryan-Dravidian divide is not the only distortion that Aryan Invasion Theory has made Bharatiyas to internalize. Through movies, tele serials and literature writings, it is indirectly portrayed that the southern Indians are not only the imaginary Dravidians but also the Asuras, Rakshasas, Daitya Danavas!! In order to instigate the Dalits and oppressed people of Bharata, they are told to identify the Asuras,  Daityas,  Danavas and Rakshasas mentioned in the Veda Itihasa Puranas as their heroes!!

None of these are random creations.

It is strategically done to support conversion of the last surviving tradition of the ancient world order, viz.  Sanatana Dharma with 100 crore adherents. Like I mentioned in my article (click here) on the world wide polytheism, creating inferiority complex, a sense of shame about one’s own culture is the first step that the worldwide exclusive monotheism rackets use, to destroy a polytheistic tradition. This strategy has worked perfectly well with the ancient Arabian, Caananiti, Greek, Roman, Celtic, Germanic and Nordic traditions many centuries ago.

Aryan Invasion Theory achieved the objective of making the native to wrongly think that their vibrant culture that they are so proud of, into which they are born, is not their own, but came from outside. Thus the seeds of alienating the people from their own culture are sown, so that they can easily discard their own culture and switch to the foreign monotheist cult. They are now brainwashed to think that their own culture is as foreign as the monotheism into which they are joining. Aryan-Dravidian division achieved the creation of internal conflicts between north and south and to depress the southerners into depths of shame (and into shaming the northerners with the sense of guilt as invaders and as impure Aryan descendants of the original pure Aryans)!

As if that is not enough, the apparently oppressed people are taught to identify the anti-heroes and villains of Veda Itihasa Puranas as their heroes! That is why there is so much literature identifying Ravana, Mahishasura, Mahabali,  Holika and Hiranyakashipu etc as Dravidian or Dalit heroes. The only objective is to turn a section of Bharatiyas against other Bharatiyas to further help religious conversion.

My contribution in dispelling this gross distortion is the true identification of the Asuras,  Daitya,  Danavas and Rakshasas mentioned in our Veda Itihasa Puranas and corroborating them with the Greek and Avestan texts.

I have studied the Greek epics Iliad and Odyssy, analyzed 100s of nouns in them and found that the Greek heroes like Agamemnon and others identified themselves as children of goddess Danu and call themselves as Danaans,  directly corroborated with the Danavas in our Puranas. The Puranas describes the Danavas as the children of goddess Danu, the sister of Aditi (the mother of the Aditya Devatas). I have kept my research analysis in the site Takshasila creating Wiki for both Iliad and Odyssey.

Similarly, I have analyzed the Avestan text Vendidad,  Yasna,  Visperad and Yazt and studied 100s of nouns in these texts and created Wikis for them in my site Takshasila Wikidot (click here). Avestan language is a close cousin of Vedic Samskrtam with many words in common and recognizable (Sarasvati is spelled in Avestan as Harahvaiti,  Asura as Ahura,  Aryaman as Airyama,  Vasu as Vahu,  Ashva as Aspa and so on). Their central god is Ahura Mazda (Asura Medha) the head of the Asuras, identified as Daitya Hiranyakashipu. They consider themselves migrated from the Daitya river (Vitasta) whom they consider as their mother,  corroborating well with our Puranas which says, Daityas are children of Diti like Danavas are children of Danu, both sisters of Deva-mata Aditi.

Thus it is clear that Daityas and Danavas or their descendants are not southern Indians or Dalits but the Indo European speaking ancient people who migrated from the north west Bharata (from the Sarasvati,  Sindhu and its five tributaries – Satadru,  Vipasa,  Airavati, Chandrabhaga and Vitasta) due to internal conflicts (which in our Puranas described as the Devasura wars,  most of which occurred in the plains of Kurukshetra and on the banks of the 7 rivers) or in search of new territory due to higher population growth in the 7 river valleys.

Avestan text Vendidad literally means prati Veda, or given against the Devas (vi-daiva-datta = Vendidad) and it is full of Ahura (asura) hatred against the Daeivas (devas).

Asura (meaning life giver, vitality etc) is an ancient surname, epithet or title used by both the Aditya,  Daitya Danavas. Thus even Indra used the title Asura in Rgveda.

The Daityas turned into monotheism as Hiranyakashipu declared himself as the One and Only one God. His son Prahlada was but rescued from this monotheism and he became a patron of Dharma. His son Virochana was influenced both by his father and grandfather! Under him the Daitya Danavas rejected the notion of Amaratva (immortality) of Atman based on the Vedantic principles developed in the Upanishads and Brahmavidya. This is recorded in the Chandogya Upanishad. They continued searching for a materialistic Amrta (substances that can increase longevity and hence Amaratva) and turned materialistic. The only exception is Mahabali, the son of Virochana who returned to Sanatana Dharma.

Due to this ideological difference they frequently attacked the Devabhumi described in the Itihasa Puranas as Brahmavarta which is another name of Kurukshetra. Such attacks and wars are also mentioned in Vendidad, corroborating with the Devasura battles mentioned in the Puranas! All of them retained the title Asura and hence in the Puranic narratives the term Asura is applied only to the Daitya Danavas.

Rakshasas are not Asuras. They are not Adityas,  Daityas or Danavas. Most ancient references of Rakshasas make them protectors (rakshakas) of territory when the society was predominantly hunter gatherer communities. Hence we see many Rakshasa hunters in the Mahabharata and Ramayana. They are equal in nature to Kshatriyas who emerged as part of the farming communities that evolved the Varnaasrama Dharma system. So it was obvious that there were conflicts between the Kshatriyas (protectors of farmlands and farming communities) and the Rakshasas (the protectors of hunter gatherer communities) who were doing the same function of Raksha or protection. The Rakshasa like Ghatotkacha in Mahabharata and Ravana in Ramayana were not mere hunter gatherers but evolved, due to generations of inter mixture with the farming communities.

They married each other like Visravas and Kaikasi giving birth to Ravana and Bhima and Hidimba giving rise to Ghatotkacha. Any kshatriya who behaves rudely are termed as a Rakshasa like the Ikswaku king Sudasa who misbehaved with Vasistha’s son Shakti. Thus the meaning of Rakshasa too changed but it never meant Dalit.

The Aditya branch continued their stay in the Ganga, Yamuna Sarasvati region. The Daityas migrating to the west into Sindhu and tributaries with their sacred river mentioned in their Avestan text Vendidad as the Daitya river later evolving the Zoroastrian and Parsi beliefs. The Danavas migrated beyond Sindhu into the far west, into Greek lands, appearing as the Danaans in the Greek epics and in the European mythologies like in the Irish mythology as the children of Danu, with the riverine cultures centered around Danube and Don.

Another wave of westward migration of the Drahyus and Anus ensued from the Ganga-Yamuna-Sarasvati following the Daitya Danavas and merging with them, while their siblings viz the Purus and Yadus staying back like the Adityas.

The Rakshasas, Kinnaras, Gandharvas and Vanaras constituted the distinct hunter gatherer communities of Bharatavarsha from which the farming communities following Varnaasram Dharma arose. This information completely reverses the Aryan Invasion Theory scenario and is in line with the Out of India Theory (OIT).