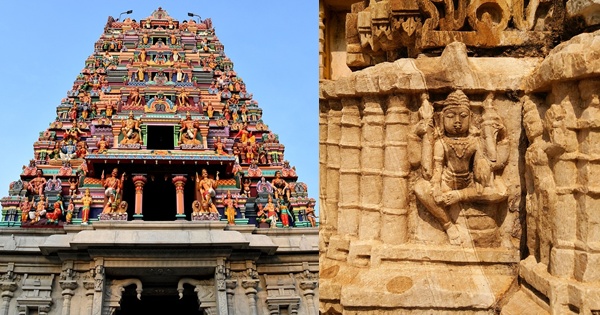 Time and again the Aryan Dravidian and Aryan Migration theory have been proved false with archaeological and genetic proofs and references.

Researchers from Harvard Medical School, Harvard School of Public Health, Broad Institute of Harvard and MIT in collaboration with indigenous scientists from Centre for Cellular and Molecular Biology (CCMB) submitted a research paper on ancestral Indian populations. This report was published in the Times of India. One of the co-authors of the paper was Lalji Singh, former director of CCMB. This paper refutes the north-south divide. It proves the Aryan Dravidian divide to be a myth.

As per the Aryan Dravidian theory report, “the study analysed 500,000 genetic markers across the genomes of 132 individuals from 25 diverse groups from 13 states. All the individuals were from six-language families….it was impossible to distinguish between castes and tribes since their genetics proved they were not systematically different.”

To break the rich Indic civilization dating back to thousands of years, the British created several theories. One worth mentioning is the Aryan invasion theory. Another is the Aryan Dravidian divide. In the words of Arun Upadhyay, IPS, researcher, linguist, and author of 8 books and 80 research papers, “To justify British rule in India, it was necessary to create a theory that all Indians also migrated from outside in past and ruled India. British rule was the latest version. They could not find any evidence in ancient Indian texts. Even the Greek Historians in time of Alexander wrote that India is only country where all persons are indigenous. As India was self sufficient in food and minerals, it never attacked any nation in past 15,000 years. From figure of 15,000 years, one zero was dropped and 1500 BC was declared as start of Vedic civilization of Aryans who migrated from north west.”

“In absence of any evidence, digging was done in 1920 in two well known historic sites in northwest India as ruins due to attack of Janamejaya on Naga Kingdom and Indika of Megasthenese was suitably changed by McCrindle in 1927. When one clerk R D Bannerji wrote that evidence of Vedic civilization was found in Indus valley, he was dismissed from service. All theories were created almost opposite to description in texts. Unread script of Indus valley was called most authentic than Vedas and Purāṇas being read since more than 10,000 years. Indra was called ruler of east, he was made god of Aryans from west.”

“Knowledge and devotion had started from south as per Bhāgavata discourses. But it was told that Vedas was imposed on southern Dravidas by Aryans of north. Meanings of all words were twisted and destroyed so much that even genuine scholars are confused in ocean of falsehood. Its basic aim declared in Boden Chair at Oxford in 1831 was to destroy Vedic culture for spreading of Christianity. This aim has been repeated by all major authors in their books -Maxmuller, Weber, Monier Williams, etc.”

“Indians were to be shown as similar foreign invaders from the west. There was no reference to any migration from northwest. Even Greek authors in time of Alexander wrote firmly that India was only country where all people were indigenous.”

“Megasthenes in his book Indika said that India, being of enormous size when taken as a whole, is peopled by races both numerous and diverse, of which not even one was originally of foreign descent, but all were evidently indigenous; and moreover that India neither received a colony from abroad, nor sent out a colony to any other nation.”

“It is stated that Brahmā named the objects. Unless some authority decides language and words, nobody will follow it. Unless, same meaning is given to words, people cannot talk. What one says will have different meaning for others. Then, why there are different languages within India itself. Veda continues since Brahmā because its language Sanskrit is same till today.”

“But different scripts were created for different purposes. World cannot be understood by a single theory. For creation, there is duality called Puruṣa and Prakṛti (feminine). Their interaction is through 3 Guṇas-Sattva, Raja, Tama. So, there are 3×2 = 6 ways of viewing world, called 6 Darśanas (views, philosophy). Parallel to 6 Darśanas, there are 6 Darśa-vāk (visible sound) or script. Another view is world of 10 dimensions, giving rise to 10 directions, 10 Mahāvidyā etc. 5 dimensions are needed to describe mechanical world, i.e. 5 basic units are needed in physics. For Consciousness (Chetanā which can do Chiti = design), there are 5 more levels. Simple arrangement is Puruṣa. Link between 2 objects is Ṛṣi (rassi, string). Curved boundary is Vṛtra (snake). Density difference is Randhra (hole) which is cause of new creation. Uniform abstract source is Rasa or Ānanda. The elements in these are equal to number of letters in script-

Sāknhya-5×5 elements, Roman script, Script for nakṣatra names (Avakahaḍā) with 20 consonants linked with 5 vowels a, i, u, e, o.

Brāhmī -8×8 letters-Kannada, Telugu. Tamil was created as shorthand of Brāhmī.

“Meanings of words changes with different contexts, region, subjects etc. These have been divided into 7 Samsthā (set up). Common literary language is basic. Its meaning is extended to Cosmic and inner worlds (astronomy, Yoga-Tantra). Then meanings change with regions (geography, climate), sciences, trades, history. Every region of India has specific vedic words which prove that since time immemorial Vedic culture was spread throughout India, more particularly in eastern part from Myanmar to Vietnam and Indonesia.”

“One of the 7 Samsthā  is the South Indian junction-Harihara of Karnataka is junction of Malayalam (Harihara-putra Ayyappa), Kannada (Śāradā), Telugu (Varāha incarnation of Viṣṇu), Marathi (Gaṇśa) and Tamil (Subrahmanya). There are many Vedic words used only in south. First Sūkta of Ṛgveda uses words Doṣā-vastā (night-day). Night time meal is called Dosa. Vasta is used for day or sun in rural Telugu. Viṣṇu (man) had designed towns. Being largest (Uru) design, Viṣṇ is called Urukrama in śānti-pāṭha. Towns are called Uru only in south, e.g-Bengaluru, Mangaluru, Nellore, Chittur, Tanjaur etc. Hegde means village head in Vedas. This is used only in Kannada. In Hindi, its derivative Hekaḍī (bossism) is used. Farmers on coast have been called Reddy in Ṛgveda. Andhra has largest farmland in south, so farmers here have title Reddy.”

Time and again, there have been debates and researches on the Aryan migration and Aryan Dravidian theories. All researches prove these theories to be myth.

1. Aryan Dravidian theory a myth, a ‘Times of India’ article.