Life Lessons: How One Man Lost Everything and Reclaimed 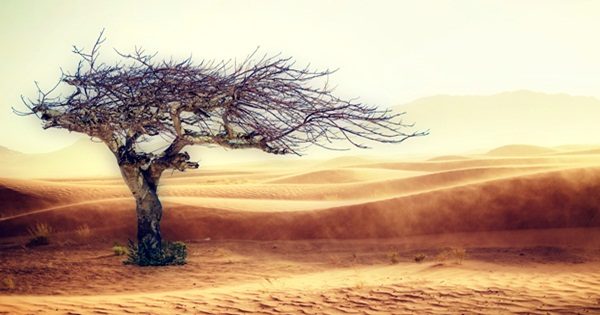 He was only 36, when he lost almost everything he had built with his blood, sweat and tears over 20 long years!

He had started working at the tender age of 16, vowing never to stop working till his dream was realised.

He worked hard, building a trusted, competent team. He enabled every single member of his team to aspire for the stars. He fired them with the same dream, leading from the front.

Slowly, he built his swadeshi startup enterprise, one little achievement at a time. As his strength grew, he began to take on local competitors, defeating them one by one.

It took him 20 years to come up, to build a brand that though small in market share, was trusted by hundreds of thousands of people. By now he was big enough for the biggest player in the market to take notice.

The biggest player in the market flooded the market with cheap offers, even poached a key team member from our hero’s company. He forced our hero to divest 90% of his enterprise, and to add insult to his injury, gave our hero an offer to work for him in exchange for letting him keep a measly 10 % of what he had created.

Our hero was 36. In one fell swoop he had lost almost everything he had worked for, for over two decades. He was forced to move to the HQ of his biggest competitor, where the competitor planned to neutralise him completely.

Can you imagine the depths of desperation our hero must have felt, to give up his dream only to be forced to work for the very man he loathed for his unfair practices?

So what did our hero do? Did he give in to depression? Did he let go of his dreams? Did he quit? Did he make peace with the fact that he had lost? Did he think of ending his life?

No. He did not do any of this.

He survived. He waited. And he planned. He never lost sight of his dream. When the time was right, he resigned and went back to fan the smouldering embers of his dreams. His enterprise was kept going by the trusted team he had left in charge. They had faith in him. His dream was their dream too.

Over the next few years, he worked hard. Even harder than before. He identified new areas for growth. He expanded his team. He had used his time with the competitor to identify his mistakes and work on them.

Within a year, he not only reclaimed the lost market share, he expanded the scope of his empire to make it more than double the size of what it originally was!

There came a time when our hero was officially made CEO of his enterprise, an enterprise that would live on for more than 200 years even after he passed on!

His biggest competitor died a bitter, broken old man, his biggest regret in life was that he couldn’t take on our hero!

Wondering who was this man?

P.S – This post is inspired by a Marathi write-up on the same subject.