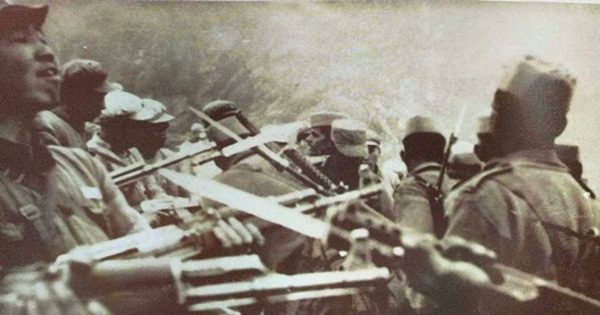 Ladakh. Night of June 15, 2020; a Monday. Twenty soldiers of the Indian Army including Colonel B Santosh Babu were martyred in a clash with Chinese forces. Colonel Babu with few soldiers had gone to speak on friendly terms at a disputed post the Chinese had set up after crossing the line.

The result? Chinese troops attacked the Indian soldiers with iron rods, clubs wrapped in barbed wire, and pelted stones. The Indian soldiers retaliated and withstood with a hand-to-hand combat and held their ground. 20 Indian soldiers attained martyrdom in this clash in the darkness of the night. According to reports by US intelligence, 35 Chinese soldiers were killed, but Major Gaurav Arya and more reports put the number of Chinese casualty at 43. This is the biggest military confrontation in over 50 years between India and China at the borders. Indian Jawans who attained martyrdom in Ladakh: 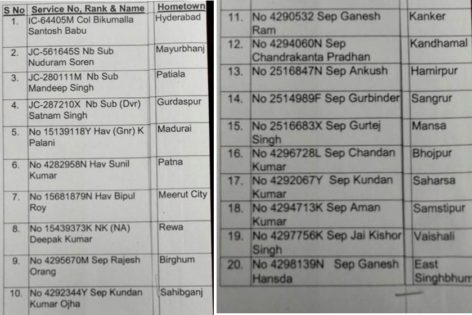 The reason for the recent clashes? India has built a new road along the LAC in the Indian part in Ladakh. Ramping up the infrastructure has infuriated the Chinese command. Lack of a good infrastructure had led to India’s loss in the Indo-China war of 1962. After India gained independence, the borders along the Himalayan range were not defended well by the then Nehru govt for several years.

To quote Brigadier John Dalvi (served in the Indian Army) from Himalayan Blunder, “Prior to the Chinese invasion, the prevalent political and military thinking was that there would be no war with China. The Chinese were our friends, and the only combustible issue was the undemarcatcd IndoTibetan border. We accepted the possibility of some misunderstanding about the actual alignment of these remote areas, and were prepared for incursions and border clashes; but rejected the probability of a major military conflict. India was therefore taken by complete surprise politically, diplomatically and strategically.”: 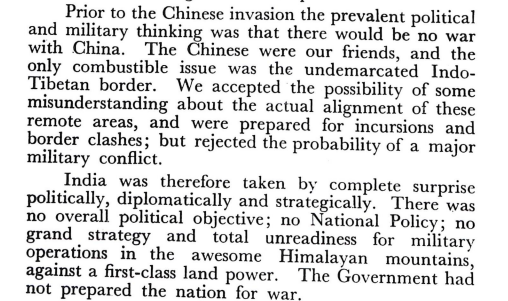 In 1950, China attacked Tibet and captured it and the then Indian govt of Nehru did not protest. In April 1954, Nehru signed Panchsheel agreement with China, giving up post of Tibet that British during their colonial rule had maintained in Tibet to check Chinese advance. Chinese then began constructing roads from Tibet towards Aksai Chin, which is near Ladakh. Aksai Chin had served as an ancient trade route and in today’s times, it is a strategic point for military campaigns. It has been part of India with the boundary lines well set, but China claims it is theirs. Due to its elevation Aksai Chin was not easily accessible to Indians, but accessible to Chinese.

Because the border area with China in the northeastern weren’t defended even till 1962, the Chinese army easily penetrated into the northeastern territories including Asaam where I hail from. Chinese Army were ‘amazed at the grave military blunder’ of the Indians. Here is an extract from the book Himalayan Blunder by Brigadier John Dalvi. He gives a first-person detailed account of the Indo-China War of 1962 and on how ill-equipped our military personnel were in the the Himalayan region during the war. Shouldn’t Nehru as PM of independent India been alert on border issues and should have created a strong line of defence then? This part of the extract is on the northeast part of India. 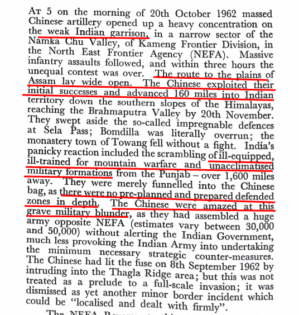 Indian Army is alert in all the border areas at present. And ramping up of infrastructure in the treacherous mountainous terrain in the Ladakh area bordering China would facilitate Indian troops to move men and materiel rapidly in case of a possible future conflict. Because risk of not defending our borders with a good infrastructure will only mean repeat of the blunders that led to India’s loss in 1962 war against China. Why is China perturbed when the infrastructure work is happening on the Indian side and not on the Chinese side?

Shouldn’t Indian Army be given the liberty and freedom to retaliate beyond pushing and punching when dealing with border issues? A similar incident in September-October of 1967 led to martyrdom of 50 Indian soldiers in the border in Nathu La and Cho La in Sikkim, also deemed as Second Sino-Indian War. To quote Maj Gen GD Bakshi, “In 1967 also we were initially confining our self to pushing and punching when he opened fire suddenly in Nathula and killed almost 50 Soldiers in the first blow. Thereafter we retaliated and killed 800 with our artillery.” 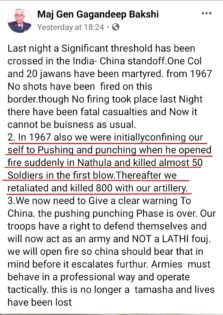 Lt General Sagat Singh was the General Officer Commanding (GOC) 17 Mountain Division when the Nathu La and Cho La clashes happened. Under his command, Indian soldiers defeated the Chinese in the clashes and achieved a ‘decisive tactical advantage’ as described in the book Greater Game: India’s Race with Destiny and China by David Van Praagh. 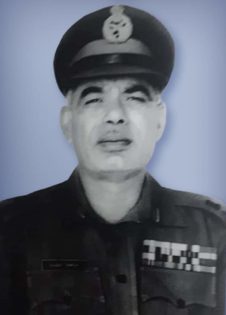 Two border enemies that can never be relied upon, going by lessons from the past, are Pakistan and China. Why did Colonel B Santosh Babu visit the Chinese post with a few soldiers and not properly equipped? Drawing lessons from the past, especially of 1967, Chinese forces opened fire at the Indian soldiers when both parties resorted only to pushing and punching. The Indian Army soldiers were taken unawares. They couldn’t retaliate then. The retaliation happened later. Even Chhatrapati Shivaji Maharaj was alert when he went to meet his enemy – the Bijapuri general Afzal Khan for talks. He secretly armed himself, wearing his armor beneath his attire and carried a concealed bagh nakh (tiger claw weapon) and dagger. Had Shivaji been not alert about his enemy, he would not have been able to retaliate Afzal Khan’s attack.

This incident reminds me of the story of Maratha commander Pratap Rao Gurjar. His story is described in Saffron Swords. In the 1672 open Battle of Salher in Nashik between the Marathas and Mughals, the latter faced defeat. Two brave Maratha commanders made this victory possible – Prataprao Gurjar, who was then the Maratha Senapati and Morapant Pingle, the first Peshwa. The Maratha army numbered 20,000 and the Mughals 40,000. The Marathas were less superior to the Mughals in terms of weaponry and war animals. Yet in this fierce battle, the Marathas emerged victorious! Prataprao Gurjar led more Maratha battles to victory. In one battle against Bahalol Khan, the general of the Bijapur Sultanate, Prataprao emerged victorious and held the enemy general captive. Shivaji had warned all of his Senapatis and the Sardars to never trust enemies and never let them go free. But when Bahalol Khan repeatedly begged for pardon promising never to enter Maratha territory, Prataprao Gurjar set him free much against the wishes of Shivaji. Bahalol Khan only returned with added reinforcements, many times larger than that of Prataprao’s army. Instead of strategizing or adding additional soldiers, Prataprao Gurjar instead went alone to Bahalol Khan’s camp. Few of his soldiers followed him to the enemy camp. All the Maratha soldiers attained martyrdom. Prataprao Gurjar’s martyrdom was a huge loss for the Maratha army. It was a big blunder on the part of the Maratha Senapati.

Chinese map titled ‘The Postal Atlas of China’ published in 1917 and 1933 exhibited Aksai Chin as part of India. Similarly, ‘Peking University Atlas’, published in 1925, Aksai Chin is shown as an Indian location. The two reports find description in the book Himalayan Battleground: Sino-Indian Rivalry in Ladakh by Margaret W Fisher and Leo E Rose. During the early 1950s, China made claims of certain Indian territories. Map of China published in Beijing in 1954 showed Aksai Chin as Chinese territory. Nehru was aware of this. Though there were heated debates amongst his ministers for resolving the border issue, Nehru remained calm giving reason that ‘not a single blade of grass grows there’. Is this reason justified?

Jawaharlal Nehru and his defence minister V.K. Krishna Menon were under the false notion that China would not take any action. Instead of giving firm orders on time or sending arms and ammunition and other requirements, Nehru made a hasty decision of creating the IV Corps, headquartered at Tezpur, on 4 October 1962. This was done without adequate appreciation of facts on the ground and without adequate logistical support. That was a military disaster.

Indian soldiers have always been brave in all fronts, in war and at the borders not to mention their valor in dealing with naxals and terrorists. But every jawan’s life does matter! In the Sino-India War of 1962 at Rezang La, Maj Shaitan Singh and 120 jawans killed 1836 Chinese soldiers. Despite lack of proper arms/ammunition and food! 114 of our jawans attained martyrdom here. 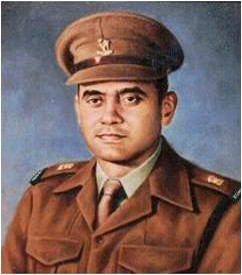 Though a ceasefire was agreed upon between the two countries, the India-China border issues still persist. Had the issue been nipped at the bud by Nehru, this border issue problem would have been solved.