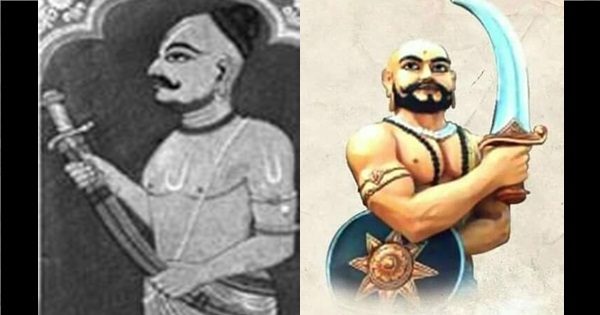 We Odias believe that we are the most fortunate to have Lord Jagannath residing in our state. We serve him the way a true devotee should do. But once in lifetime, there emerges a servant of Jagannath on which the Lord himself would take pride.

On the auspicious day of Shamba Dashami in 1827, a lean underweight child was born in the Hajuri family, one of the hereditary priest family of Lord Jagannath. His father was Raghunath Khuntia and mother was Kamalabati. Since the boy was born when his father was dressing Lord Jagannath with sandle-paste, they named him Chandan Hajuria but he was fondly called Chakhi Khuntia.

At the same time, Chakhi Khuntia received all the Vedic gyan from his father to be a servant of Lord Jagannath. Gradually, he became a scholar in Odia, Sanskrit and Hindi. People used to look at him with awe – a teenage priest with physique like a statue out of granite. Soon, he himself started giving martial arts training to youths of Puri.

At the age of 12, he married a sweet girl Sundaramani. Later, while accompanying his father to northern regions of India and guiding Jagannath devotees from other regions to Puri, he became famous among many royal families and the elite class of the northern provinces.

In early 1800s, Christian Missionaries, backed by British Regime, started their propaganda against Hinduism. In his work papers, Rev. Claudius Buchanan had described Lord Jagannath as “Juggernaut” who crushes the gullible devotees and causes blood-bath. He went on to describe Jagannath as Hindu version of Moloch who takes child sacrifice. Meantime, Christian Missionaries also started their crackdown of temple dancers or nartakis demeaning the culture of Odissi, Bharat Natyam, and other classical dances. The temple dancers were persecuted as “prostitutes”. Since his youth, Chakhi Khuntia actively campaigned against the Christian Missionaries and their malicious propaganda.

With due course of time, Chakhi became the family priest and religious councillor of Meropantha, father of Manikarnika, also known as Manubai. Even after Manubai’s marriage with Jhansi king Gangadhar Rao, he still maintained his duty as guru and guided Manubai through the tough times.

Manubai, who later became famous as Rani Laxmibai, used to counsel Chakhi Khuntia in every serious matters. He even played great role during the 1857 mutiny, often spying for the rebels and conveying messages among the rebel troops that were spread across the India. He even helped in mobilizing the sepoys and organizing mutiny as a Panda of Lord Jagannath.

At the time of the mutiny, he was stationed at a Northern Military Station. He was known to have maintained a direct contact with the rebel leadership during the Mutiny. Later, he was arrested in Gaya and his properties were confiscated by the East Indian Company Government. In 1858, Hajuri was released from prison due to lack of direct evidences that could charge him with mutiny. He spent the rest of his life like a person in house-arrest and British govt. used to keep a constant eye on him till his death.

During his last years, Chakhi Khuntia composed numerous poems. He had composed a manuscript on Rani Laxmibai, giving the most honest and clear picture about the persona of the warrior queen. The manuscript was named “Manubai”. He composed the famous Jagannath Janana “Chakanayanaku Patita Kehi”. In his other poems he mentioned how the British regime had unleashed the inhuman treatments on the Bhumiputras of Bharata.

How British and Missionaries Created Conflicts in name of Tribal Protection