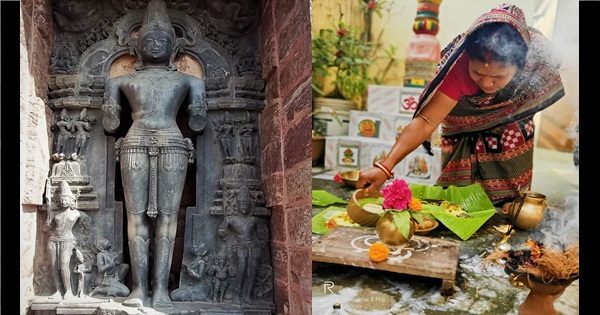 People believe that sons carry the traits of their father. But in certain cases, a notorious son is born out of a great father too. Same was the case with Samba, the son of Krishna.

Due to his notoriety, Samba often used to run into troubles.

According to Samba Purana, Samba had mocked the most bad-tempered sage, Rishi Durbasha on one such occasion. Inevitably, the sage cursed him with leprosy. When Samba fell on his feet and begged for forgiveness, Durbasha mentioned about the only cure- only Surya Deva can cure this leprosy. 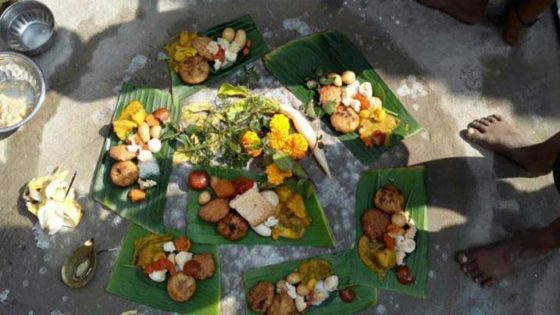 According to Bhavisya Purana, Skanda Purana, and Varaha Purana, Samba was cursed by Sri Krishna himself. As per one theory, one day Samba mocked sage Narada for his looks. The celestial sage decided to teach Samba a lesson. He lured Samba to the bathing pool where his stepmothers, ie. junior wives of Krishna were taking bath. Embarrassed and enraged due to intrusion on their privacy, they complained to Krishna. As we all know, Narada is known for his nature of “adding fuel to matters” and he did the same in case of Samba too. Krishna was enraged due to his son’s behavior of watching his mothers when they were “taking a bath” and cursed him to suffer from leprosy. Samba pleaded his innocence and expressed that he was misled by Narada. Krishna found it to be true and repented for his action in haste. As the curse cannot be revoked, he advised Samba to pray Surya Deva who alone can cure him of the deadly disease. In another lore, one of junior wives of Krishna named Nandini disguised herself as the wife of Samba and embraced him. When Krishna came to know about this, he cursed Samba to be inflicted with leprosy and cursed his wives to be abducted by Abhira robbers after the death of his human-form. All the stories have one thing in common- Samba was struck with leprosy.

Samba travelled to the punyabhoomi of Chandrabhaga beach, where a river named Chandrabhaga meets the sea (hence the beach is also called Chandrabhaga). He performed penance for 12 long years. Surya Deva was pleased with him and relieved him of his disease with the help of the holy water of the river Chadrabhaga, after which the river dried up leaving a narrow dry-bed behind. On Narada Muni’s advice, Samba wanted to build a Surya temple at Chandrabhaga and worshipped the Sun God as a mark of gratitude. Surya Deva granted his wish after discovering a statue of Surya standing on a Lotus pedestal holding two lotuses in both of his hands. Since the beach has a sharp curve forming a corner, the name Konark has been derived (Kona: corner, Arka: Sun). 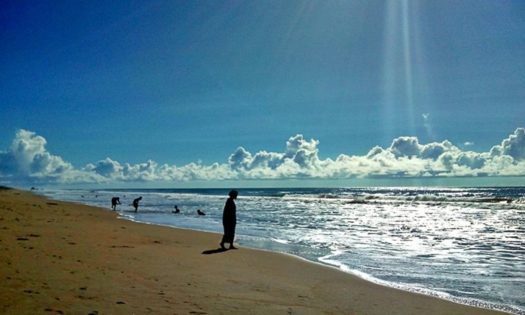 Note: Recently the Chandrabhaga beach became the first beach in Asia to be awarded with Blue Beach certification, the tag given to environment-friendly and clean beaches, equipped with amenities of international standards for tourists.

It was the 10th day of Shukla Paksha (light phase of moon) of Pousha month when Samba worshipped Surya after getting cured. In Odisha, this day is celebrated by the Odias as the Samba Dashami aka Sataghadi. Women worship Surya Deva for good health of their children and other family members. For each child in the family, a particular item is offered to Surya on the first Samba dashami after the birth (colloquially known as badhā-kudhā).

On Samba Dashami, the women wake up before sunrise. On this day, the Sun God is invoked thrice. Once in the morning, then at mid-day and lastly in the evening, before the sunset. 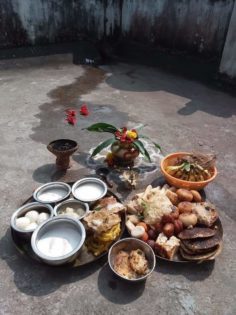 After the bath, the women prepare dishes such as Khichdi, Odia Puri, Ghadghadia Tarkari (a curry made out of fish, all varieties of dal and vegetables), etc. They offer these items to the Sun God as Naivedya at the time of sunrise. The unique feature of this ritual is that different varieties of individual food items are offered to the Sun God in the name of each member of the family, especially children. Depending on the number of family members, a large number of bhogas are made and offered to the Sun God. Once the food items have been offered to Surya Deva, the women prepare a set of pancake-like sweet dishes called Pitha like Manda Pitha, Kakara Pitha, Poda Pitha, Arisha Pitha. Apart from this, they prepare Biri Laddoo, Bara, Makar Chaula, Chhenaguda, Dhanu Muaan, Khiri, Rasagola, Jhilli, Chhenagaja, and Sweet Curd.

At noon, a bowl of turmeric water with betel in it is taken to ‘chaunra mula’ (Tulasi mancha). All the cooked food items are served on plates of brinjal leaves. The women in the family view the Sun God through the bowl of turmeric water and offer all the dishes to the Sun God. They read the legend of ‘Samba Dasami Brata Katha’ and pray for the well being, health and prosperity of all family members.

In the evening, another Puja is observed as a part of the Samba Dasami ritual. This is “Mahakala Puja”, in which special Budha Chakuli and the Ghadghadia Tarkari are offered to Yama.

Numerous Surya temples and Surya peeths are scattered throughout the state of Odisha. The oldest archaeological evidence of Surya worship is found in the form of Surya motif sculpted at the tympanum of the 1st Century BCE Anantha cave of Khandagiri. 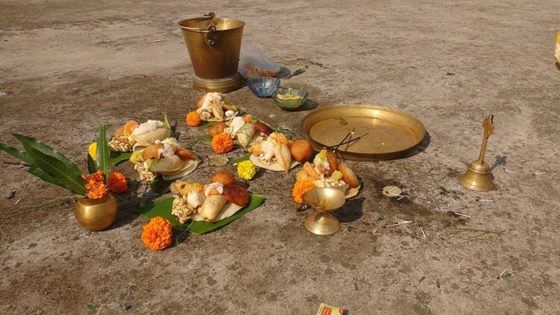 Apart from the Konark Sun Temple, there are various other places in Odisha that relate to sun worship:

1. In Khichinga village of Mayurbhanja, excavation of ancient temples have led to discovery of Surya sculptures that dares back 6th century CE. The sculpture is in Khichinga museum.

3. The Biranchinarayan Sun temple at Paliya village, Bhadrak dates back to the 13th century CE.

4. The Biranchinarayan Sun temple at Buguda in Ganjam district is called “Wooden Konark” due to its rich sculpture carved in wood.