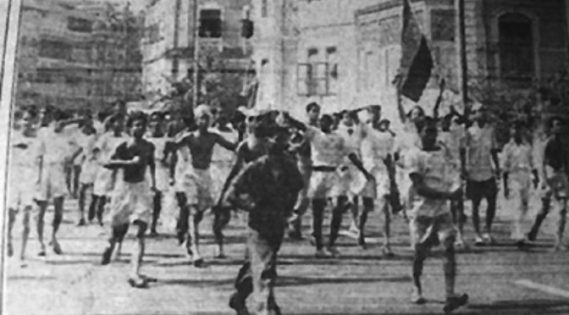 There have been attempts all these years to undermine the glorious pivotal role played by the Indian National Army, under the leadership of Netaji Subhas Chandra Bose, and that of the rebellion of the Royal Indian Navy, under the influence of the INA and its Netaji, for the hurried British retreat and consequent transfer of power in 1947. Yes, the British, in general, never wanted to acknowledge the role of the Azad Hind Fauj for obvious reasons and the ‘Nehruvian court-historians’ tried their level best to validate the role of Gandhi-ji’s so-called non-violent movement, mainly to please the alter ego of their mentor and role model, the all powerful Jawaharlal Nehru, the first Prime Minister of the Dominion of India.