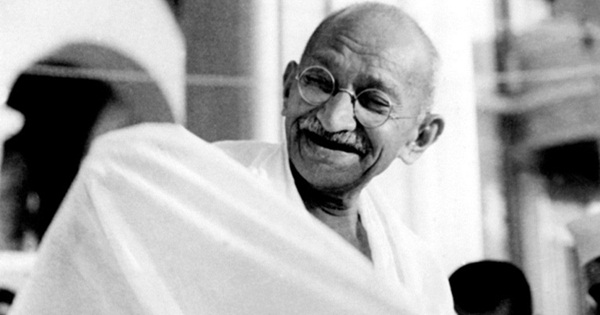 My learned friend Ananthakrishnan is brilliant when he discusses myriad topics from science to music. However, he is blind to facts and abandons reason when the topic is Gandhi, Nehru, or Jesus. On these topics, he has built a worldview entirely based on fantasies and official propaganda. However, I admire the passion with which he repeats those fictitious stories. He has once again chosen not to disappoint!

I had recently mentioned that Gandhi had proposed to Mountbatten that he replace Nehru with Jinnah as United India’s first prime minister but Mountbatten declined. Ananthakrishnan argues that it was never to be a permanent choice since in the long-term a PM must be democratically elected. But that is hardly the point of contention! He then argues that it was viceroy’s staff who turned down the proposal to save the viceroy’s skin! However, he argues, Mountbatten overruled his staff and included Gandhi’s proposal but Jinnah turned it down. Oh, Nehru had nothing to do with it!

Lured back to Delhi by appeals from the new viceroy seeking Gandhi’s wise advice on how to stop the killings, Bapu offered it. But Mountbatten was staggered by what this naked “old fool” told him. He consulted Nehru, who explained that the “old boy” was “out of touch” and could hardly be taken seriously when he urged the viceroy immediately to replace his own Congress ally and heir with their most hated Muslim League enemy, Jinnah. Mountbatten agreed, understanding little more about India than what Nehru, Nehru’s closest comrade, V. K. Krishna Menon, and his own clever wife, Lady Edwina, explained to him. They all agreed that Gandhi was a saint, but saints should never indulge in practical politics or govern nations, should they?

Aha! Viceroy’s staff on this matter seems to be none other than Nehru, Krishna Menon, and Edwina! But Nehru had no role to play in killing Gandhi’s proposal! Man, I hate the way Nehru back-stabbed Gandhi – that too by joining hands with Edwina. It breaks my heart to learn that this trinity of Mountbatten-Edwina-Nehru was mocking Gandhi as “the naked old fool” and “old boy” while we were hailing him as Mahatma.

Let us continue to read Wolpert:

Gandhi realized soon enough that it was all a charade, a polite royal brush-off, once the tea party ended, the carriages were called, and the servants escorted him down the garden path…If only Mountbatten and Nehru had agreed last April to tempt Jinnah by offering him the premier crown of thorns!

Do I need to even comment? The entire episode left Gandhi so dejected that like Amir Khan and Kamal Hassan, Gandhi decided to leave India forever and go to Pakistan on a pilgrimage. In Wolpert’s words,

Now it was too late, and the sole penance Gandhi could perform was to spend the remaining days of his life in Pakistan, trying to protect minorities there from extortion and violence by the Muslim majority. He resolved to leave India, moving either to Karachi or Lahore on that final pilgrimage. Mountbatten, however, refused even to consider Suhrawardy’s brilliant plan, just as he had ignored Gandhi’s proposal to replace Nehru with Jinnah.

The last line is a reference to Mountbatten rejecting Suhrawardy’s plan of being made the PM of United Bengal. However, as I explain below in brackets, Gandhi volunteered to become the secretary of Suhrawardy, the butcher of Hindus, and strive to make him the ruler of United Bengal! It would’ve become a little challenging had Gandhi still entertained his idea of settling down in Lahore or Karachi because Jinnah hated Suhrawardy and may not have taken kindly to his secretary using Lahore or Karachi as his operations base!

(In 1947, Suhrawardy aspired to be the ruler of United Bengal. However, there was a problem. Hindus hated him for a good reason. Suhrawardy was the architect of the Noakhali riots and the rape, pillage, and massacre of millions of Hindus. Over the preceding months, Hindus had suffered terribly at his hands. Even though the previous governor was pally with Suhrawardy, Mountbatten didn’t want him in power. Jinnah didn’t want him. That is a tough predicament for a politician when neither his handler nor a large section of population wants him.

So, Suhrawardy turned to Gandhi. He hoped for the formation of a United Bengal instead of East Bengal becoming part of Pakistan. Gandhi came up with a solution, which, in his deluded thinking, would avert the travails of partition of Bengal. Suhrawardy could head it. How neat! The man who commissioned the Noakhali riots and advocated the rape of Hindu women could now be given a botox-like makeover and turned into a savior by none other than Gandhi. There must be some caveat though? Sure. Gandhi told him, “If the Muslims believe that they can take things by force they will have nothing at all…but, by peaceful means, they may have the entire country.” Gandhi may have been generous toward a mass murderer and rapist but Suhrawardy was modest. He didn’t want all of India. He just wanted all of Bengal – including those “more handsome Hindu women” who were fair game for Muslims to rape.

That’s a neat full circle, isn’t it? Earlier, Gandhi had moved into Suhrawardy’s house. Now, it is time for a new party to begin in Suhrawardy’s house with Gandhi as secretary and guest! Even Suhrawardy later remarked Gandhi’s proposal was mad. However, Gandhi was keen to act out the part of mahatma. So, he renewed the offer in writing, “If you would retain Bengal for the Bengalis-Hindus or Mussalmans—intact by non-violent means I am quite willing to act as your honorary private secretary and live under your roof till Hindus and Muslims begin to live as [the] brothers that they are (Wolpert, pp. 235-236).”

This piece was first published at the author’s personal blog.

Jogendra Nath Mandal: The Tragedy of Being Hindu in Pakistan, An Account