Karunanidhi Is Dead! Should We Eulogize the Dead Man? 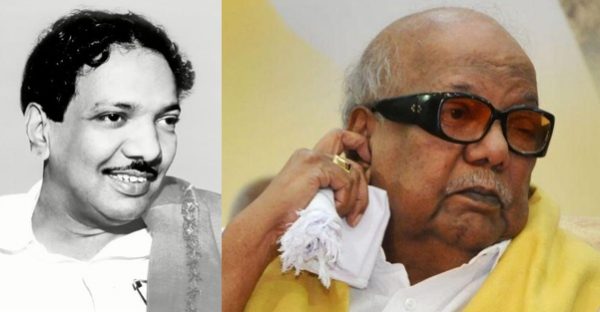 It is customary to eulogize a dead person as a mark of respect. Is it necessary though?

In the West, evil persons who’re vanquished are never eulogized. Their deaths are celebrated. Nobody would’ve (at least publicly) eulogized Adolf Hitler post mortem. He was evil and was vanquished.

However, if an evil person is successful and leaves a sizable following behind then everybody in the West eulogizes him. Winston Churchill was as evil as Hitler and committed a genocide of millions of Indians. However, since England emerged victorious (at least as an American side kick) in WW2, Churchill was eulogized as a hero. Mountbatten was equally evil and was the architect of the Partition genocides. He too was eulogized upon death because he represented the victorious West.

Hinduism has a very enlightened view on this. An evil person is never eulogized whether he is dead or alive. Instead, his death is celebrated as the defeat of evil and his life deeds are turned into lessons future generations could learn from. The deaths of Ravana, Narakasura, Kamsa, etc., are examples of this enlightened Hindu worldview. In this worldview, morality is objectively determinable. It doesn’t flex based on whether dead man was powerful or not.

Let us now turn to the death of Karunanidhi. He espoused a politics of hate. He viciously targeted the defenseless minority of Tamil Brahmins which was vilified in the movies, media, and administration. What he dished out to them through propaganda was worse than what the Nazi propagandists dished out to the Jews.

Karunanidhi was also quite anti-national. He was hand-in-glove with the LTTE and was suspected to have had a hand in the assassination of Rajiv Gandhi. Karunanidhi was corrupt. He and his family looted the wealth of the Tamils (and Indians) and built a fiefdom for themselves.

He was a pathetic administrator and had no vision whatsoever. He contributed to the decline of meritocracy and standards of education in Tamilnadu thereby ruining the futures of many a generation to come. He was responsible for the destruction of fragile environment. He was insular to the core and contributed to the hatred toward Malayalees, Kannadigas, North Indians, and Hindi. He brazenly destroyed the Hindu temples. He was a pathetic writer without any scholarship or intellect.