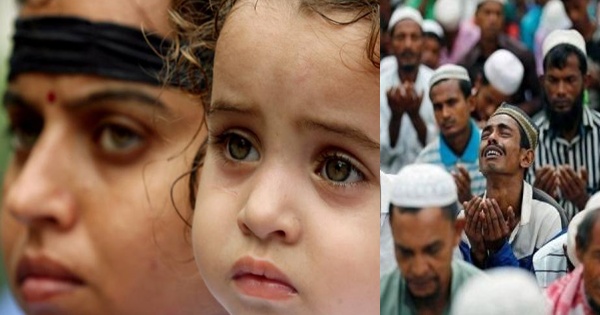 Last year on the 26th Anniversary of mass exodus of Kashmir Pandits, a video was released by Anupam Kher, wherein he narrated what had happened 26 years back, and how “Hizbul Mujahidin” and Non-Hindus in Kashmir did atrocities on Kashmiri Pandits. Men were killed; even 2 months old were not spared. Women were gang-raped. Mosques were blaring the declarations from loudspeakers – Either you say, “Allah Hu Akbar”, leave or get killed. Also male who leave, should leave their women behind. Kashmiri Pandits were being identified to be converted; those who refused were killed.

Any person’s heart would wrench just imagining the plight of Kashmiri Pandits, with no option but to flee, from their own land and live as “Refugees in their own motherland”.

Two decades have passed; the governments did initiate programs with financial packages and incentives to encourage Kashmiri Pandits to return. But the threat still looms over them from Non-Hindu community living in Kashmir.

These packages cannot compensate for the lives of children, males who were killed. Still justice has not been given to Kashmiri Pandits. Not one single person has been prosecuted for killing them.

Kashmir still is unstable, with insurgents trying to entice gullible people. The recent stone pelting incidents that came into light, are enough to understand the sentiments of Non-Hindu community there. Then you have Rohingya Muslims seeking a refuge in Kashmir, who are not even Indians, and the Non-Hindu community is up in arms for them. Why? Why have they not raised voices for Kashmiri Pandits, who are Indians.

We should stand with the current government’s decision for not allowing a refuge to “Rohingya Muslims”, in the interest of National Security. And you never know, we may see that once they are given refuge in Kashmir, they will side with the insurgents. And we shall be witness to another mass killings of Hindus. As they say “Prevention is better than cure”.

Kashmir was always a Hindu state, and Kashmiri Pandits belong to Kashmir, to India. And we stand with them, because if we don’t, we do not have the right to be called as ‘True Indian’. Jai Hind!

Tenjit Dev Sharma is a marketer by chance, traveler and guitar player by choice. He loves to write his heart out and expresses his views only after thorough research and analysis. Being an Army Brat, he cannot hear anything against India and her Armed Forces.