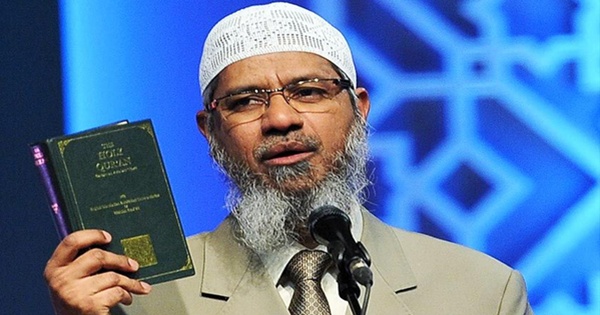 I assume this question is asked by a Hindu who does not quite know what Islam (and also Christianity) claim:

So where do Hindus stand? Naturally those who believe in either of the two religions, and Zakir Naik is assumed to believe in Islam, consider Hindus believing the wrong thing and need to be converted or if they refuse, can even be killed without incurring sin.

This makes basically every pious Muslim or Christian anti-Hindu. Naturally they cannot respect Hindu belief, if they believe that it is plain wrong.

Since there is no basis, Islam and Christianity also cannot come to a conclusion which one of the two is true, and though they co-existed for some 1400 years, they both still make the same claim of ‘the only truth’.

It is difficult to understand why Hindus do not put forth their view of the one truth, which is revealed in the Vedas. It is the most ancient, original revelation of what is true and is not based on mere assumption, but on deep insight and on experience of the Rishis.

Is it possible that the most ancient revelation is closer to the truth than those which came only recently?

Unfortunately, this call for a genuine enquiry into truth will not find takers among the Muslim and Christian clergy. They prefer to claim: This and only this is the truth. It is the responsibility of Hindus to clear the air regarding what is true. They know most about it.

This article was first published at mariawirthblog.wordpress.com.