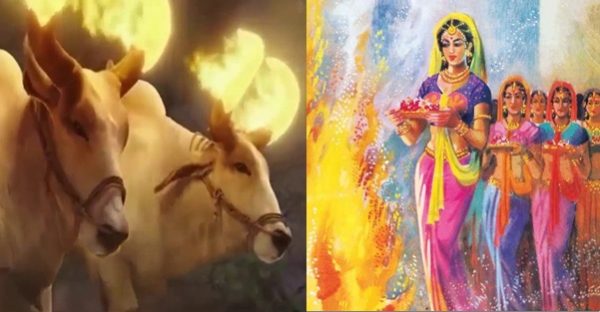 Islamic invasion of Bharat is not only a horrible story of bloodshed and mayhem, but also a saga of many chivalrous men and women who chose death over dishonour. After consolidating their position in Northern India the slave Sultans of Delhi concentrated over territorial expansion and gathered an army of marauders and freebooters from across Middle East and central Asia, under the leadership of Muhammad Bahkhtyiar Khilji. Thus inflicting a brutal onslaught upon the eastern part of the country.

The North Western frontier of Bengal was then ruled by a local Hindu chieftain named Bir Singh. He was a minor when Bakhtiyar Khilji’s army attacked. He along with his two siblings and mother accompanied by a faithful servant of their royal house escaped the pillage committed by the victorious Islamic army after capturing their kingdom. They settled in a remote part of Bengal. On attaining adolescence, Bir Singh established a vast kingdom.

A fortified city was constructed in Birsinghpur near the town of Suri (which is now the administrative headquarters of Birbhum district in West Bengal). The newly built capital city was adorned with palaces and temples (the temple of Goddess Kali still exists). 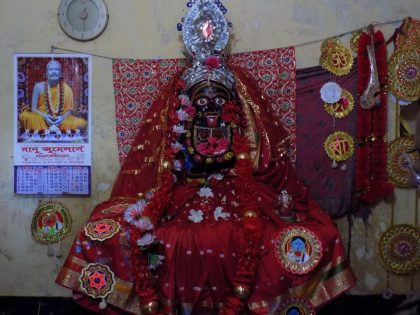 Shrine of Goddess Kali visited by Bir Singh; the temple premise has been renovated and constructed over the years, but the shrine existed since Bir Singh’s kingship

Bir Singh gained popularity among his subjects and his fame spread far and wide. Within few years of his reign, Birsinghpur turned into a prosperous city.

Bir Singh successfully repulsed a Turkish invasion, led by Muhammad Sehran Khilji in 1205 and preserved his sovereignty. He badly defeated the Turkish army. In 1226, once again the cloud of misfortune loomed over the skies of Birsinghapur as the Turkish Sultan of Gaur, Giasuddin Iwaz Khilji launched an expedition against Raja Bir Singh. 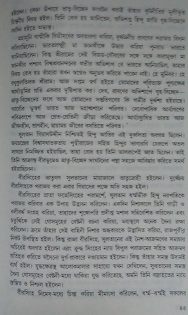 The first wave of attack was repulsed by the army of Bir Singh and the Turks realized that through conventional warfare tactics, it was impossible to vanquish the chivalrous King of Birbhum and his men. Hence they hatched a nefarious plan to capture the fortified city of Birsinghpur the second time.

On a fateful night of 1226, cattle were gathered in field around the citadel of Birsinghpur by the Turks. The invading Turkish army under Giasuddin Iwaz Khilji placed themselves in the middle of the bovine congregation. Each horn of those ill-fated animals were wrapped with a piece of cloth soaked in flamable liquid. The horns were lit up as the battle was about to begin. The cattle started charging towards the defending army of the Hindus. 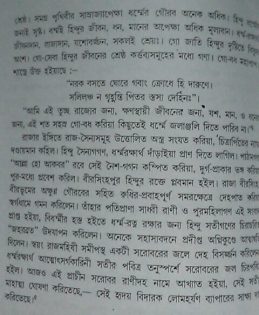 Cow is sacred to the Hindus, so Bir Singh and his men stood idle, anticipating that any kind of defensive measure could harm the “Gaumata”. The Turks slaughtered each and everyone. The king sacrificed his life and kingdom to preserve his religious notions.

The victorious Turkish marauders vandalized the city. The queen and the other women observed the ritual of self immolation following the rich, chivalrous traditions of Rajput women.

The brave women of Birsinghpur including the queen of Bir Singh chose death by self immolation rather than being disgraced in the hands of the Muslim enemies who were renowned for their barbarism. It was the year 1226, one of the earliest records of Jauhar in India. The large tank where the Bengali women self immolated, still exists, bearing the testimony of the death defying valour of our ancestors.

An Hons and Law graduate and LLM, Samarpan Sarkar is a History enthusiast and researcher.