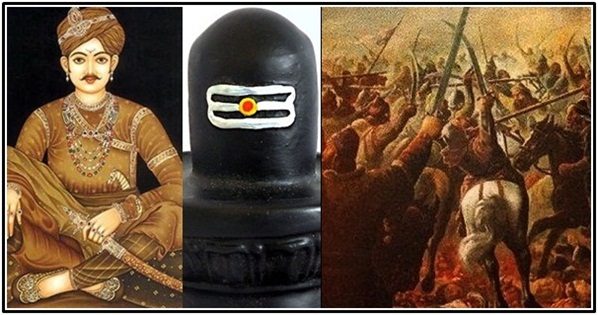 Everyone is familiar with Alauddin Khilji after Bollywood glorified him in the film Padmavat.  His real name was Ali Gurshasp. He was both a nephew and son-in-law of Jalaluddin, who laid the foundation of the Khilji dynasty in India in 1290 after deposing the Mamluks. The Mamluk dynasty was founded by Qutub-ud-din Aibak. Jalaluddin, after assuming power of the Delhi Sultanate, made Alauddin Khilji the Amir-i-Tuzuk (equivalent to master of ceremonies).

By dint of his capabilities of raiding and plundering kingdoms, razing temples to the ground, converting many to Islam, and looting wealth, Khilji became the governor of few dominions under the Delhi Sultanate. He proclaimed himself the Sultan of Delhi after killing his father-in-law and uncle Jalaluddin in 1296 AD. Do you know Khilji wished to become the second Alexander? His title of Sikander-e -Sani was mentioned on coins and public prayers!

During this time, Kanhadadev was the ruler of Jalore. His sons Biram Dev and Maldev helped him in the administrative affairs. Jalore, also known as Suvarngiri, was ruled by different dynasties over time. Worth mentioning are Gurjar Pratihars in 8th-9th centuries, Parmars in the 10th century, followed by Rajput Chauhans. Songara Rajput prince Kirtipal (the youngest son of Alhana, the Chahamana ruler of Nadol) captured Jalore from the Parmars in 1181. His grandson Uday Singh recaptured Nadol and Mandor from the Muslims besides giving a stiff resistance to Iltutmish’s invasion of Jalore in 1228. After two more successive generations, Kanhadadev became king of Jalore.

Here is a saying about Jalore: “Let the sky be torn, the earth turned upside down, let the iron armor be cut to pieces, body fighting alone, but Jalore would not surrender.”

Khilji annexed few small and big kingdoms into his empire. But he could not annex Jalore though it was a small kingdom. Furthermore, Alauddin Khilji planned a military expedition to Gujarat – to attack Karnade, the king, loot and plunder the state, and destroy temples. He sent envoys to various kingdoms to facilitate safe passage for his army enroute from Delhi to Gujarat.

All the kings agreed for the safe passage, except Kanhadadev, the king of Jalore. According to Padmanabha’s Kanhadade Prabandha, Kanhadadev did not trust Khilji. He felt Khilji’s army, while moving through his kingdom, might  involve in destroying the villages, enslaving women, looting, killing people, and torturing cows.

Khilji authorized Punju to injure Biram Dev to death during the game. The arm wrestling match started. The handsome, striking, and valorous Rajput prince easily defeated Punju, who was the strongest court wrestler of the Sultan.

Not many are familiar with the one-sided love story of Firoza and Biram Dev. Firoza was the illegitimate daughter of Alauddin Khilji. The Sultanate princess’ mother Aasmani Khavas was a female attendant at the Sultan’s harem. Firoza, who was witness to the wrestling game, fell in love with the Rajput prince. After the game was over, she approached Biram Dev and proposed him for marriage. Biram Dev refused the proposal. Firoza then approached her father and made it clear that she would either marry Biram Dev or remain unmarried. Alauddin Khilji considered it an opportunity to win Biram Dev to his side through marriage. Biram Dev had already left by then.

Alauddin Khilji sent messengers with a marriage proposal to Kanhadadev asking for Biram Dev’s hand in marriage with his daughter Firoza. At the same time, Khilji also pointed out that to marry Firoza, Biram Dev should convert to Islam.

At Kanhadadev’s court Biram Dev denounced Khilji’s marriage proposal. According to historical folklore, he swore in front of the ministers of the court and Khilji’s messengers that he would never bring shame to his ‘kula’, of ‘Bhaatis’ and ‘Chauhans’ by marrying a Turkish Muslim. He even swore that even if the sun rose from the west, he would never marry Firoza. The Rajputs at the court clapped for Biram Dev with pride. Alauddin Khilji’s messengers left disappointed and insulted.

During the same time, part of Khilji’s army was returning to Delhi carrying the temple booty including the Shivalinga and imprisoned Hindus. Though Kanhadadev had refused passage of the army, the latter ignored the refusal. They entered Jalore and camped for the night at a place called Sakarana (present Sankarna).

Kanhadadev expressed displeasure over the Muslim army of Khilji camping in his territory. He also learnt how they sacked temples in Gujarat and had imprisoned Hindus. He learnt how they plundered and looted Somnath temple. Kanhadadev sent a huge army to attack the Muslim army. Jalore army succeeded in defeating the enemy. They snatched the booty along with the Shivalinga and set free the Hindu prisoners.

According to one account, Khilji’s soldiers broke the Somnath Shivalinga in Gujarat and were carrying the broken pieces towards Delhi. During the battle between Khilji’s army and Jalore Rajput army, the latter could recover the broken pieces of the Shivalinga. Kanhadadev had the pieces of the Shivalinga washed in Gangajal, the sacred water and placed them within various Mahadev temples in Jalore.

An irate Alauddin Khilji, who couldn’t digest the fact that Biram Dev rejected Firoza and of his army being attacked by Jalore Rajputs, sent an army under the commandment of General Nahar Malik and Bhoja to attack Jalore. According to historical folklore when Firoza, who was genuinely in love with Biram Dev, heard about this, she entrusted a lady to meet Biram Dev to profess her true love for him, and bring him to her. The lady promised to return only after she was able to bring the Rajput prince along with her.

They Khilji army first laid an attack on Sivana fort. The Rajputs laid a stiff resistance, defeating the invading army and killing its generals Nahar Malik and Bhoja. Khilji laid another attack on Sivana fort. This time Khilji won. The brave Rajputs died fighting in the battlefield while the Rajput women inside the fort performed jauhar to save themselves from being caught and disgraced.

Khilji then sent a huge army under Kamaluddin Gurg to besiege the fort of Jalore. The Rajputs valiantly resisted the attack. The battle continued for 2 long years without fail.

Kanhadadev and Biram Dev breathed their last in the battle, defending Jalore. Many Rajput women performed Jauhar, following the king’s death. Instead of getting dishonored in the enemy’s hands, the brave and virtuous Rajput women preferred to be burnt to ashes. It was the year 1311.

The story doesn’t end here. According to historical folklore, the lady entrusted by Firoza was shattered to find Biram Dev attaining martyrdom. But she had promised that she would return with the Rajput prince. Keeping her promise, she took Biram Dev’s head in a decorated plate to Firoza. A grief-stricken Firoza was still determined to marry the deceased prince. With a garland in her hand, she moved towards the plate where Biram Dev’s head rested. To her surprise, the head moved its face to the other side. Even after death the Rajput prince would not let his ‘kula’ be put to shame! And he kept his promise!! Firoza then requested the prince not to betray her as she loved him truly. She said she became a Hindu when she first saw him, that she had been his wife for ages, that even death could not separate them. Saying this, she took the head of Biram Dev, and jumped into the river, sacrificing her life.

Khilji’s army ransacked the entire fort of Jalore, killed all Hindus and razed temples to the ground. They searched for the Somnath Temple booty and the Shivalinga, but could not locate them. Later, Khilji converted the ruined fort into a Muslim monument.