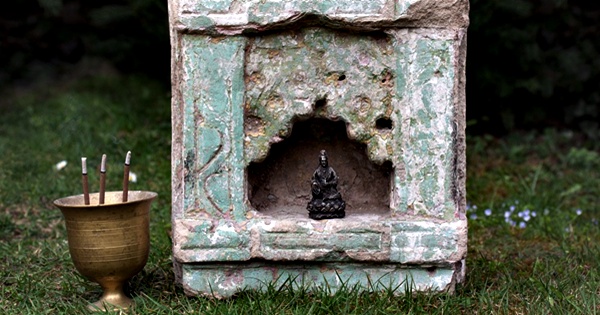 Both points in the question are right: Hinduism is the most reasonable system of living and it is being denigrated.

In case some people, who don’t know much about Hinduism and believed those who denigrate it, have doubts if it is indeed the most reasonable system, this may clear the doubts:

Even just the main point in Vedic philosophy, that Brahman (in the form of Ishwara) has become this universe and beyond, is – apart from being the truth – clearly the best possible foundation for a society. If you believe (and it can be reasonably and scientifically concluded) that the essence in everything is the same and divine, there will be respect for others, including animals and nature.

There are many more very worthwhile aspects in Hinduism, for example the 4 goals of life (purusharthas), 4 stages of life (ashramas), the different dharmas connected with each stage, plus the huge knowledge in the ancient texts which is even scattered over the world and others benefitted from those texts without acknowledging it.

But this is not the topic here.

The question is: Why is it that Hinduism is being denigrated?

Incredibly, the reason is BECAUSE it is the most reasonable system of living. Because it is so profound. Because it comes closest to truth (which cannot be put into words, but it can be pointed to). Because Christianity and Islam are no match for it. And because those two religions need to protect themselves if they don’t want to lose their power and influence to the most reasonable system of living.…

This means it is after all not so incredible. Here is an explanation:

When the Vedic knowledge first reached western universities, the intellectual elite there were deeply impressed. Prominent personalities like Voltaire, Mark Twain, Schopenhauer, the Schlegel brothers, Paul Deussen and many others spoke in glowing terms about India’s tradition. And even later, in the early 20th century scientists like Heisenberg, Schroedinger, Oppenheimer, Pauli, Einstein or Tesla were in their research inspired by Vedanta and acknowledged it. Voltaire had praised the Vedas as the greatest gift for humanity. He even said “we are eternally indebted to India”.

There was real danger that the Church would lose her sheep as the Christian view of the ‘true’ God, who sits in heaven, is jealous of other gods and sends all those who are not baptized into eternal hellfire, was no match for the Indian concept of Brahman which is the one conscious essence in all forms, like the one ocean is the essence in all the waves.

Of course the Church was not keen on losing even more power. It had lost already due to people like Voltaire who fought against the Church’s unreasonable dogmas.

It surely wanted to put an end to this praise of India’s great civilization. And the strategy was simple and time-tested:

Teach children all over the world negative aspects about Hinduism and later generations will be convinced that it is worthless because that’s what they learnt.

But which negative aspects were there to project?

‘Idol-worship’ was projected as a top negative aspect, without even trying to understand it. They did not understand that the different ‘gods’ (‘deva’ was mischievously translated as god) are in essence the same as Brahman. “Idol-worship” is a great sin, both in Christianity and Islam. So to point out that Hindus worship sun-god, tree-god, or a god with an elephant head did its job of making Hinduism look as primitive as the western pagan traditions were made to look primitive.

I remember how in school our ancestors were ridiculed that they worshipped trees or thought that god is angry when there was thunder. Children easily believe what they are told and we indeed felt lucky that we now knew the one true God, who loves us so much that he even sent his own son….

Next, they projected an “oppressive caste system”. Incidentally the term caste is not there in any ancient Indian text. The Vedas speak of 4 varnas, which were compared with the different parts of a human body, and varnas were fluid, not determined by birth.

Why did the British choose ‘caste’, a Portuguese term for class or race? Did they want to give the impression that the Hindu social system is ‘cast in stone’? The worst term they projected was ‘untouchables’, which convinced every school kid that those Hindus, and especially the Brahmins, must be plain evil, forgetting that ‘not touching’ somebody is far less evil than butchering people because they did not accept Christianity or Islam.

I won’t go into how the British cemented the ‘caste system’ and created untouchables by declaring whole tribes as ‘criminal from birth’. Those who are interested can search the net, for example the interviews with Satish K. Sharma. Just so much: Hindus need NOT go on the defensive when ‘caste system’ is thrown at them. There is no need to get rid of the varna or the jati system, which has certain advantages, only because ‘caste’ is so heavily criticised. Yes, by all means give up any discrimination (and as a consequence, reservation). Yet discrimination is not inherent in Hinduism. It is inherent in human nature all over the world.

Neither need Hindus go on the defensive when ‘idol-worship’ is thrown at them. Acknowledging and worshipping the different powers in this universe, without which life would not be possible, surely makes sense. To greet the sun makes more sense than turn your back to him claiming, he is only a ball of helium. To touch the earth in reverence makes more sense than exploiting her. Not only are these powers absolutely essential for our life on earth, but are also permeated by that great Brahman. It means they are alive. Everything is alive.

I wonder when scientists come to the conclusion that the oneness of all, which they have already discovered, is conscious, too. Individual scientists consider it as possible though mainstream science did not follow yet.

But one thing strikes me as strange: While the clergy of both dogmatic religions maliciously denigrate Hinduism, the Hindu clergy does nothing of this sort to the dogmatic religions. Hindus don’t even mention unacceptable claims by those religions which are in the public domain, like ‘Hindus will burn in hellfire if they don’t convert’. Why don’t Hindus do it? Wouldn’t it be in the interest of truth to point out their flaws?

Maybe the major reason why Hinduism is constantly being denigrated is to keep Hindus busy with defending themselves and in this way prevent them from realising that the others have serious flaws.

This article was first published in mariawirthblog.wordpress.com.