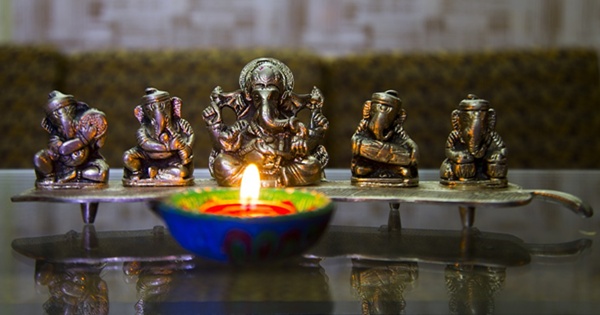 I will restrict my answer to the three religions with the most followers.

Hinduism (the term is used today to cover many different strands) is based on the Vedas. One could call the Vedas the most ancient, original ‘revelation’, because the Rishis are not the authors of the Vedas. Due to their Tapas (austerities), they ‘saw’ (Sanskrit: drishtih = see) the mantras in cosmic awareness through the veil that prevents ordinary eyes from seeing them.

The Vedas were the first to claim that there is one great Brahman (Supreme Being) as the base of this varied manifestation, in whom all is contained. Nothing exists apart from Brahman. Brahman is not personal. It is infinite, eternal, blissful awareness. Our Atman (Self or I) is one with it.

Ages later, only some 2000 years ago, Christianity was ‘founded’ and claimed, that God has ‘revealed’ the full truth only to Jesus Christ and it is contained in the Bible.

A few centuries later, Islam was ‘founded’ and claimed, that Allah has ‘revealed the full truth only to Prophet Mohamed and it is contained in the Quran.

Both religions have copied the concept of one Supreme Being, but distorted the original, Vedic view in an unacceptable way, which has led to terrible misery over the centuries.

The distortion is this: The Supreme wants all humans to accept the revelation through Jesus, respectively through Mohamed. Those who do not accept the only true religion (of which two exist…) will be damned for all eternity to hellfire by God/ Allah personally on Judgment Day.

For long, the Church was intertwined with the state and punished those who disagreed with the doctrine most cruelly through state laws. Even in Goa, the Inquisition was most brutal under the Portuguese. However, in the age of enlightenment (which coincides with the time when the Vedic knowledge reached Europe and influenced the elite there) the Church had to give up interfering with the now ‘secular’ state.

Ever since, it does not have the power to punish heretics any longer, and it has lost and is still losing many members, because they are now allowed to get out of the Church and many realised that a lot of the doctrine does not make sense.

Islam does not need intertwining with the state, because it is one with the state wherever Muslims are in the majority. So the brutal punishment of heretics still happens in our times. Under Sharia Law leaving Islam means death sentence, and Kafirs are called the worst of creatures in the Quran itself. The believers are exhorted to fight the unbelievers till the whole world is for Allah. No guessing that this is the cause for a lot of misery.

Amazingly, these two religions are allowed to preach those distortions under the right to religious freedom even today. Especially children are vulnerable and believe what adults tell them.

Clearly, Hinduism is on a higher level.

If only more Christians and Muslims would reflect whether, what they learnt in childhood can possibly be true.

I think it was Voltaire who said: God gave me intelligence. I think He wants me to use it…

For those who have time for 5000 words, this explains, why Hindu Dharma is higher than religion and even higher science.