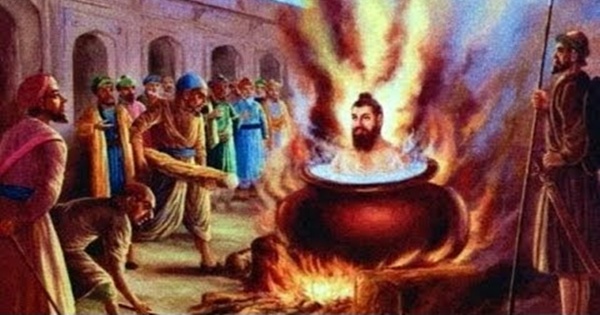 Throughout his biographical account Jahangir tried to be just, benevolent, God fearing and follower of good deeds like his father, Akbar. He gave gifts and jagirs, jewels and robes to all his commanders and other court members and proudly boasted of his affection to these people. He accepted to go to Darvesh, Khawajas, Moulvis and paid respects with money and precious gifts.

But when it came to the people who did not follow Islam, he found funny pretexts to plunder and destroy temples and kill innocent preachers. He could not tolerate the innocent gathering of followers of other faith.

Here is an account of killing of Guru Arjan Dev, the 5th Sikh Guru, by none other than Jahangir himself. Guru Arjan Dev was the first of the two Sikh Gurus to be martyred by a Mughal Emperor. It is very precise and in few words, but those words speak a lot about the mind set of Jahangir, who hated the beliefs of this land to the core.

Let’s us examine how he felt about Guru Arjan Dev Ji. In page no. 72 of Jahangirnama, translated by Mr. H. Beveridge in 1909: 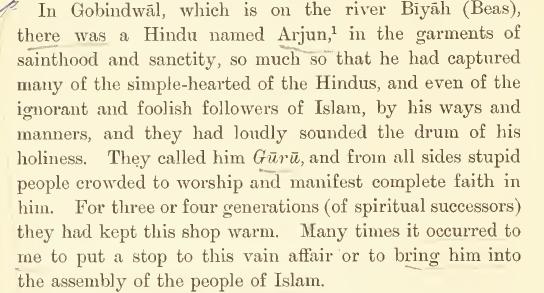 Now let us see what stupid pretexts Jahangir found to order the killing of Guruji: 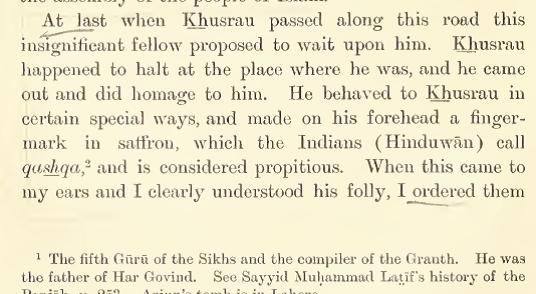 Like all his ancestors, Jahangir was a Islamic fundamentalist who was very taken with the idea of turning the entirety of Hindustan into an Islamic State.

Jahangir, with his own jealousies, charged baseless allegations against both Sikhism and the Guru. Guru Arjan Singh had compiled the Adi Granth, the first official edition of the Sikh scripture, which later expanded to the Guru Granth Sahib. The Mughal Emperor accused the Sikh Granth of defaming the Hindu and Muslim religions and produced the claim that Jahangir’s son and rival, the rebellious Khusrau, was aided by Guru Arjan. Khusrau was seen as a very fitting emperor of India by Akbar and many other nobles of the court, more so than the wine- and opium-loving Jahangir.

Let us examine Jahangir’s own admittance as a wine addict. On page no. 308 of the same book: 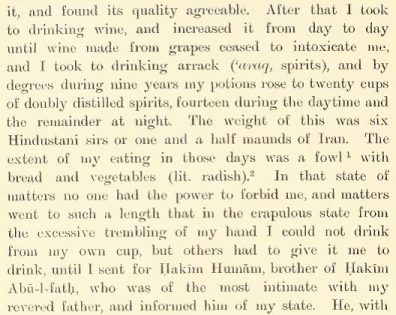 Guru Arjan Dev was arrested under the orders of the Mughal Emperor Jahangir and brought to Lahore on May 1606.  The Sikhs were ordered a heavy fine of 200,000 rupees for the release of their Guru Arjan. The Mughals also demanded erasing some lines of the Gurbani from the Adi Granth. Guru Arjan Dev refused to pay any fine. The Guru was then asked to convert to Islam. He refused. Guru Arjan Dev was brutally tortured for five days till he attained martyrdom.

Day 1 of Torture
Guru Arjan Dev was not given anything to eat or drink. He was not allowed to sleep at night and was kept awake. The Guru bore all this calmly and remained immersed in Simran. he uttered Waheguru, Waheguru, Waheguru and sang Shabads from the Gurbani.

Day 2 of Torture
On the 2nd day, Guru Arjan Dev was made to sit in a large copper cauldron. The Mughals fill the vessel with water and lit a fire underneath it. The water began to get hot and after some time it started to boil.

The boiling water scalded the Guru’s body, but he sat calmly and quietly. Blisters filled up his body. He neither cried in pain nor sighed. He felt no anger against those who were torturing him. He remained absorbed in the sweet remembrance of Waheguru and repeated, “All is happening, O Waheguru, according to Thy Will. Thy Will is ever sweet to me.”

Day 3 of Torture
On the third day, Guru Arjan Dev was made to sit in boiling water. Red hot sand burnt in in iron pans were poured on his head and body. The water burnt the Guru’s flesh from below while the burning red hot sand burnt his head and body from above. The persons engaged in torturing him were wet with sweat. They felt very uncomfortable because of the heat. It was the hottest summer month. But Guru Arjan Dev kept calm and quiet.

Again, the Guru neither cried in pain nor sighed. There was no sign of anger on his face. He kept thinking of Waheguru and doing Simran. Guru Ji repeated:

Teraakee-aameethaalaagai.
(O Waheguru! Your actions seem so sweet to me.)
HarnaampadaarathnaanakmaaNgai.
(Nanak begs for the treasure of the Naam, the Name of the Lord.)

Day 4 of Torture
On the fourth day, the Guru was made to sit on a plate of iron that was heated from below until it became red hot. Then, scalding hot sand was poured over his body. Guru Arjan Dev sat calm and quite, without a cry or sigh, feeling no pain. He sat with his mind fixed on Waheguru, living the message of Gurbani as he accepted the Will of Waheguru sweetly.

Day 5 of Torture
On the fifth day, Guru Arjan Singh asked for a bath in the Ravi River which flowed along the walls of the city of Lahore. His captors reveled at the thought that the Guru’s body, full of blisters, would undergo greater pain when dipped in cold water and so he was permitted him to bathe in the river.

The soldiers were sent to escort the Guru and his disciples saw him leaving. He looked at them, and still forbade any action. He said, “Such is the Will of my God, submit to the Divine Will, move not, stand calm against all woes.”

Crowds watched the Guru standing in the river and having a dip. Light blended with light and the body was nowhere to be found. His disciples cried, “Hail to the Master! Thou art Wonderful – Martyr, the greatest. Thou art the Greatest!”

Guru Arjan Dev Ji sowed the seed of martyrdom, which became the heritage of the Sikhs. Since then every single Sikh sought to fight against atrocities of Islamic Invaders till the last breath to save this holy land and its values and culture.

It is only an attempt to bring the true history to the knowledge of common citizen. The enemies of the Great Nation’s culture and civilisation have fabricated half cooked history in the name of secularism and tolerance.  Unfortunately history has been twisted to suit the ideology of few, who changed everything to be fitting to their short terms and long terms goals of keeping the strings of power in their hands. This act of treason with History has caused the loss of self-pride and patriotic values in today’s youth. They are cut off from their roots. May truth prevail!