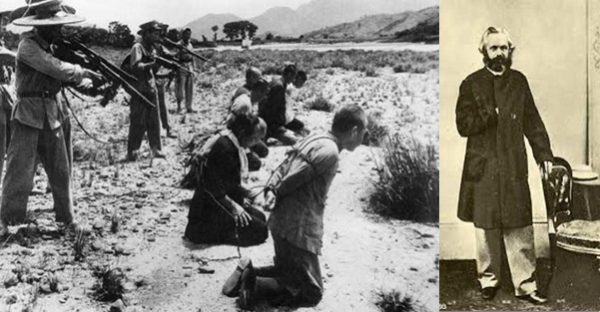 Nobody would have ever imagined how a German revolutionary socialist born in a middle class family in Germany would create such an impact at the global level. His name and his philosophy is more associated with blood-soaked horrors than for bringing order to society! It is no exaggeration to say that Marxism’s brutal history is a consequence of its principles.

Karl Marx was born on May 5, 1818 to Heinrich and Henriette Marx in the German city of Trier.  After two centuries, local authorities held a birthday party in his birth city, unveiling a huge bronze statue, donated by the Chinese Communists. The honor was done by none other than European Commission’s President, Jean-Claude Juncker.

Though Marx was responsible for many deaths across decades, he is admired by many. Labour leader Jeremy Corbyn termed him a ‘great economist’, and John McDonnell, the Shadow Chancellor, considers Marx’s book Das Kapital his favourite. Karl Marx authored The Communist Manifesto and Das Kapital.

Surprisingly even after two centuries, the Marxism legacy is carried forward though it has failed miserably everywhere in the world. Mass killings occurred in all of the communist states; victims were mostly non-combatants. According to an estimate by historians, the number of non-combatants killed by Communist regimes in Soviet Union, China, and Cambodia alone range from a low of 21 million to a high of 70 million. The number of deaths in other Communist regimes isn’t counted here! Most of the regimes based on Marx’s ideas have crumbled. Venezuela is the latest example followed by most Latin American countries. 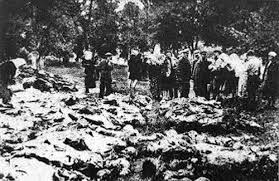 Soviet Union was the first communist state that ever existed, which started as a dictatorship under the Communist Party of Lenin. He ruled from 1917 to 1924. The Leninist view of class conflict led to the mass murder of tens of millions of people. And then came Stalin. During the Stalin era, Stalin’s brutal methods in achieving his goals led to millions of deaths. One of the causes of these deaths is man-made famine. The Soviet Union under a Communist regime, turned into a dictatorship of a single man – Stalin.

Who isn’t familiar with the mass killings under Communist Mao Zedong’s People’s Republic of China? The Chinese communist revolutionary, who ruled from 1949 until his death in 1976, adopted Marxism–Leninism principles while working at Peking University. In his attempt to rapidly transform China’s economy from agrarian to industrial, he started a campaign called ‘The Great Leap Forward’. This campaign led to the deadliest famine in human history. Over 45 million people died between 1958 and 1962. Besides, Mao Zedong was responsible for destroying religious and cultural artifacts and sites across China.

The Khmer Rouge or Cambodian communists infamously carried out the Cambodian genocide under the leadership of Pol Pot. Marxist–Leninist Cambodian revolutionary Pol Pot served as the Prime Minister of Democratic Kampuchea (present day Cambodia) from 1976 to 1979. Approximately 1.5 to 3 million Cambodian people were killed in between 1975 to 1979 under his regime. The cities were emptied and the Cambodians were forced to relocate to labor camps in the countryside where forced labor, mass executions, physical abuse, etc. were humdrum. 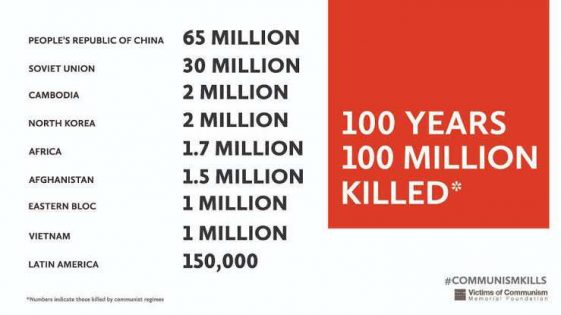 The growing irrelevance of the Communist ideology is noticed everywhere. The Indian government has always adopted democracy over communism. Tripura and West Bengal, both stronghold of Communism have seen a decline. It is visible in bits and parts in the southern part of India.

Award winning film maker Vivek Agnihotri has termed Urban communists in India as ‘Urban naxals’. In his book Urban Naxals, he writes, “Communism is really good only as textbook material. In practice, it destroys societies and their spirit. Look around the world and you will find that wherever Communism reached, people lost their freedom. Their voice. Their lives. First, it makes you angry, then hapless and then a victim. It does not allow dissent or debate. Communism’s only contribution is that it has encouraged poverty, mediocrity and violence.”

The JNU is a breeding ground of communism. Vivek Agnihotri has rightly written in his book Urban Naxals, “I can very easily see that Kanhaiya Kumar and the gang is just the front organization for the Naxals. Kanhaiya is being used by the faculty as an ‘intellectual terrorist’ to wage war against the State…. It appears that Communists have a ‘speech template’ and all their leaders are given training in speaking the same way. The strategy is simple: take an unattainable, high moral ground, raise concerns over all evils of society, divide people but never present a plan to eradicate these evils. They have mastered the art of creating a fake narrative. In any society, there are always some people who are perpetually dissatisfied with everything. To an extent that even if you give them azadi, they will find problems in that too. From my student days until Kanhaiya, they have been fooling people without suggesting any solutions. Ask Kanhaiya how he will get us azadi from poverty and Manuvaad and Brahmanism and I am sure he will shift the goalpost. This is why I do not trust Leftists. They only raise questions. Never give answers.” 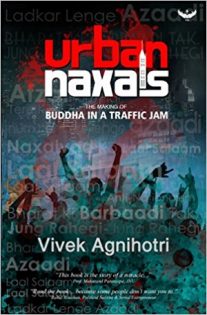 Can anyone explain, what the Communists, or to be precise, ‘urban naxals’ meant when they raised slogans like:

Veer Savarkar: The Misinterpreted Legacy and Roots of an Ideology