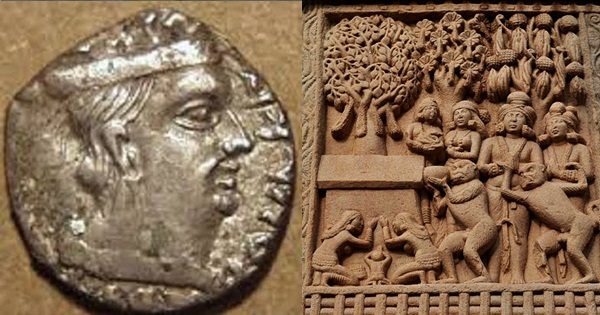 Prior to the colonial era, Indians traditionally followed a well-established chronological history as narrated in the Puranas starting from the Mahabharata era to the Gupta period. The regnal periods of the Brihadratha, Pradyota and Sisunaga dynasties of the Magadha Empire given in the Puranas clearly indicate that Mahapadma Nanda founded his Nanda dynasty 1500 years after the Mahabharata war. Evidently, the traditional chronology places Buddha in the 19th century BCE and Chandragupta Maurya in the beginning of the 16th century BCE.

In fact, the complex problems in Indian chronology arise from a misunderstanding of the epochs of ancient Indian eras. I have discovered that the Kurtakoti copper plate dated Saka 530 refers to a total solar eclipse occurred on 9th May 53 BCE in Northern Karnataka which conclusively establishes that the Saka era commenced in 583 BCE and the Sakanta era commenced in 78 CE.

Historians mistakenly mixed up these two epochs which led to a chronological error of 660 years. Out of two contemporary copper plates found at Pranaveshvara temple, Talagunda, one plate is dated in the Saka era whereas, another is dated in the Sakanta era.

Apart from this error of 660 years, later Jain historians inadvertently identified Ujjain King Chandragupta, a disciple of Bhadrabahu with the Maurya King Chandragupta which made Mahavira, a contemporary of Buddha. In reality, Buddha attained nirvana 675 years before the year of Mahavira nirvana. Puranas and the Burmese inscriptions clearly indicate that Buddha attained nirvana in 1864 BCE. Recent excavations at Lumbini and the radiocarbon samples collected from the Trench C5 at the center of the Buddhist shrine at Lumbini indicate an earliest date of 1681 BCE. Thus, there is a chronological error of 1380 years in dating of Buddha nirvana due to mixing up of two different epochs of Saka and Sakanta eras and the mistaken identification of Chandragupta, the disciple of Bhadrabahu. The dating of Buddha nirvana in 1864 BCE also validates the traditional date of Adi Sankaracharya in the 6th century BCE.

There are numerous anomalies in the modern chronological history of ancient India that need dedication, erudition and patience but unfortunately for us, ‘eminent historians’ preferred to brush inconvenient data aside rather than promoting honest, unbiased research to resolve them. Western historians nurtured a bias towards the traditional chronology of ancient India to further their own political and academic interests and the majority of the historians of independent India carried forward the same legacy, patronised by the certain sections of political establishment.

During the course of my research, I have discovered the exact epochs of various ancient Indian eras that conclusively uphold the authenticity of the Puranic chronology and expose the fallacy of the chronology given in the modern textbooks of Indian history. There is a serious need to re-write the entire history of ancient India with reference to the newly discovered epochs of the ancient Indian eras. I hope indologists and historians may review and evaluate my research work on the chronology without
bias and prejudice.

JF Fleet and F Kielhorn have established the theory based on existing Indian tradition that there is only one Śaka era that commenced in 78 CE. All ‘eminent’ historians have accepted this as eternal truth. TS Narayana Sastri was the first who pointed out the existence of two eras in the name of Śaka. He attempted to prove that the old Śaka era commenced in 550 BCE and that the Śālivāhana Śaka era originated later in 78 CE. Prof Gulshan Rai and Kota Venkatachelam supported the theory of TS Narayana Sastry but Thiruvenkatacharya proposed that the epoch of the Śaka era was in 551 BCE whereas Jagannatha Rao and CV Vaidya believed it was in 543 BCE. K Rangarajan proposed that it was in 523/522 BCE whereas some others speculated it to be 576 BCE. Though these scholars could not convincingly prove the epoch of the Śaka era, they successfully exposed the weak foundations of the theory of only one Śaka era. Evidently, there are two theories related to the epoch of the Śaka era. More details in The Chronology of India: From Mahabharata to Medieval Era – Vol I.

Eminent historians have generally assumed the date of Buddha nirvāṇa around 483 BCE considering the dubious identification of Sandrokottus with Chandragupta Maurya but the date of 483 BCE leads to numerous inconsistencies in the chronology of ancient India, Persia, Sri Lanka, Tibet and Burma. For instance, Al Beruni states that “In former times, Khurasan, Persia, Iraq, Mosul, the country up to the frontier of Syria, was Buddhistic, but then Zarathushtra (Zoroaster II) went forth from Azarbaijan and preached Magism in Balkh.…………. In consequence, the Buddhists were banished from those countries, and had to immigrate to the countries east of Balkh.” This statement of Al Beruni explicitly indicates that Buddha lived at least few hundred years before Zoroaster.

Abu Rayhan (4th century CE) also indicates in his Arabic text of the Athar-ul-Bakiya (the Chronology of Ancient Nations) that Buddha flourished before Zoroaster. While explaining the dating of the eras of the pseudo-prophets, Abu Rayhan mentions that the first pseudo-prophet was Buddhasaf (Bodhisatva). Zaradusht (Zoroaster II) was the second pseudo-prophet. He says: “The first mentioned is Buddhasaf, who came forward in India after the 1st year of Tahmurath. He introduced the Persian writing and called people to the religion of the Shabians. Whereupon many people followed him. The Peshdadhian kings and some of the Kayanians who resided in Balkh held in great veneration the sun and moon, the planets and the primal elements, and worshipped them as holy beings, until the time when Zaradusht appeared thirty years after the accession of Bishtasf. Before the first establishment of their rites and the appearance of Buddhasaf people were inhabiting the eastern part of the world and worshipping idols. The remnants of them are at present in India, China and among the Taghazghar; the people of Khurasan call them Shamanan. Their monuments, the Baharas (Viharas) of their idols, their Farkharas are still to be seen on the frontier countries between Khurasan and India.”

Evidently, the Persian historical tradition unambiguously relates that Buddha flourished before the lifetime of Zoroaster but historians have ridiculously fixed the date of Zoroaster around 628-551 BCE and the date of Buddha around 563-483 BCE. The trilingual Daiva inscription of Achaemenid King Xerxes reads: “Among these countries (parts of Iran submitted to Xerxes) was where previously daivas were worshipped. Then, by the favour of Ahur Mazda, I destroyed that Daiva place, and I had proclaimed, the Daivas shall not be worshipped. Where previously the Daivas were worshipped, there I worshipped Ahura Mazda properly with Law.” Now the question who were the Daivas in Iran? If we read this inscription with the statement of Abu Rayhan and Al Beruni, the Daivas were most probably, Buddhists. Therefore, Buddha must be dated at least few centuries before Zoroaster.

The archaeological studies based on the recent excavations at Lumbini conclusively suggest an earlier date of nirvāṇa than 483 BCE. Radiocarbon samples from the wooden postholes fills in the Trench C5 at the center of the Buddhist shrine at Lumbini provided dates of 1681- 1521 BCE and 799-546 BCE. OSL (Optically Stimulated Luminescence) measurements from early land surfaces within Trench C5 yielded dates of 1520 BC ± 340, 990 BC ± 290 and 545 ± 235.2.

The above article is an excerpt from Vedveer Arya’s book The Chronology of India: From Mahabharata to Medieval Era – Vol I.