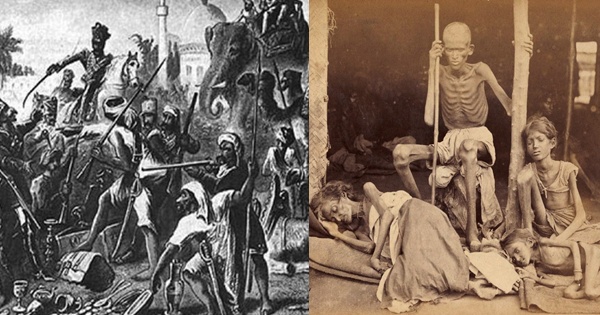 To hide mass murder of 35 lakh persons by Ravenshaw in 1869, Vincent Smith had created a story that all Hindus like Vaishnav devotees of Jagannath or Shaiva devotees of Lingaraj and Jaina munis of Khandagiri were similar murderers and only by becoming Bauddha, one can leave violence.

Stories of murder/injury/capture of 10.5 lakhs of Kalinga army was created. No army in Indian history has been that big. Largest army under Aurangzeb was 6 lakhs only. Alexander had come with only 120,000 men, Babur with 12, 000 men only. Recently, various stories have come up under fits of imagination.

There is no need for baseless and impossible assumptions being fitted in wrong era. In my school days, there was a drama on Kalinga war written originally in Bangla by Dwijendra Lal Roy. In rehearsals for other characters, some dummy king was assumed. Even for that, person in king’s role was fighting as to why somebody else was shown as king. His role as king in drama was protected. Even a peon will not leave his job.

But historians have invented stories that Kalinga king was by rotation. For floating that story, they deliberately ignored clear cut mention of name of Kalinga king in Kalsi inscription of Ashoka. That name is still popular only in Odisha and in no other state.

Till today, no inscription or any record has been found about number of deaths or injured in Kalinga war. How these fraud historians have gone back in time and counted the bodies?

No inscription or any Bauddha text tells so far that Ashoka adopted Buddhism to renounce violence after Kalinga war. Does it mean that Shaiva, Shakta, Vaishnavas like devotees of Jagannath are murderers? Why there is mad competition in self condemnation? These fake and baseless stories were created by Vincent Smith in 1893 to hide murder of 35 lakh persons by Ravenshaw in 1869 by artificial famine by exporting whole paddy. Biggest mass murderer of history is being worshiped as savoir of Odisha and Oriya leaders and people are being condemned by false imaginations.

Fabrication of stories about Ashoka started only in 1893 by Vincent Smith. So, its link with mass murders by Ravenshaw cannot be denied. Adopting Buddhism was based on other fabrication. A Kashmir king Ashoka had become Bauddha due to which local Bauddhas invited Bauddhas of central Asia to ruin the state. This story of Rajatarangini was fitted with Maurya Ashoka. If Ashoka and Maurya kings were Bauddha and anti-Brahmanas, how the commander of last Maurya king was Brahmana Pushyamitra Shunga?

Bauddha book Divyavadan in its chapter Ashokavadan tells that there was almost peaceful annexation of Kalinga, but after that, on complaint by Bauddhas, 12,000 Jain monks were killed. Death in war is inevitable, but why kill peaceful monks without any war or crime? How every historian is calling it renouncing of violence?

Except complete slavery to British and worship of mass killer Ravenshaw, this cannot have any other meanings.

Under mental slavery, people have forgotten meanings of nation and state. In Odisha, so far no person has become CM from capitals of Cuttack or Bhubaneswar. All the Governors are from other states. Should we start war against them for freedom of Oriya people? Similarly, no PM or President of India has been from Delhi. Is the country now slave of Gujrat? Similarly, no king of Magadh has been from the capital at Pataliputra or Rajgriha before that. Chanakya was founder of Maurya empire and belonged to Golla Janapada (Golanthara in south Odisha), taught at Takshashila in present Pakistan and became Prime Minister at Pataliputra.

Chanakya and Chanur (wrestler of Kamsa) both were from Andhra-Odisha border of Chanak town (Ur = town). Vishnu Shasranam tells name of Krishna as Chanur-Amdhra-nishudan. Similarly, all Mauryas belonged to Mura town, regional capital of Panduvamshi kings who ruled just after Janamejaya and have given years and dates of about 3000 BC in their grants. After publishing 300 grants of Mauryas under Panduvamshi kings issued from Mura or Mura-sim-pattan, we declare Maurya Ashok as foreign invader from Pataliputra and foreign mass murderer Ravenshaw as maker of Odisha? Are we incapable of leaving slavery?

Naturally, we cannot get any reference of Maurya kings in Madala panji of 300 BC. But Madala panji was ‘corrected’ as per history of R D Banerji instead of correcting history as per Madala panji.

There are about 50 inscriptions of Mura Shasan under Panduvamshi kings published by Odisha museum with dates given from rule of Janamejaya (Vijay Rajya Samvatsar). Officers of Mura Shasan were called Maurya. All other stories of Maurya origin are baseless guess-works only. Ashoka from western Odisha had no reason to act like a foreign enemy. In 1965, when I visited Dhauli at age of 12, I was surprised that there was no mention of Kalinga war which was fought here only nor any reference of Ashoka becoming Bauddha. On return, I read all 24 inscriptions of Ashoka. There are many exaggerations by Bauddha texts. Some persons are definitely killed in every war, but such high figures of death casualty and arrest are improbable. 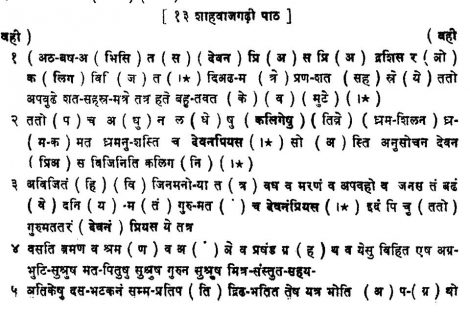 Name of Kalinga king has been written in Ashoka inscription and that name Alekh is still popular only in Odisha. But Alekha-sundar has been made Alexandria which didn’t exist in time of Ashoka (1472-1436 BC). R C Mazumdar has quoted Pliny who has written on basis of Megasthenese about Army of Andhra kings who were just before Gupta period. That is quoted for glory of Andhra, but for history purpose, Maurya period is fitted in time of Alexander. Marriage of Kalinga princess with Ashoka also shows that he was from this region and so he was angry why his own region does not consider him suitable. That story also is denied, but that is only story confirmed by archaeology. 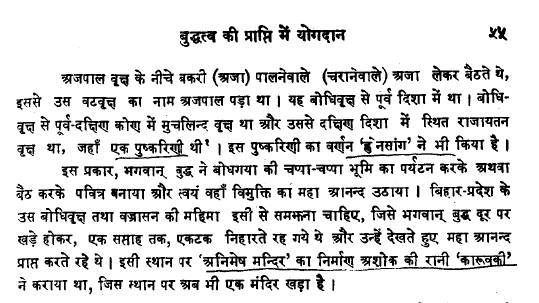 Pond of Karubaki in Bhagalpur

There was a pond in name of Karubaki in Bhagalpur (Bauddha Dharma and Bihar-Bihar Rashtrabhasha Parishad). 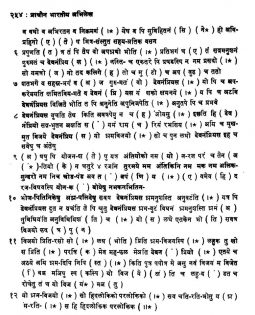 Line 9 of Shahbajgadhi inscription mentions bordering kings whchi include Alik-sundar. This can be corruption of Alekha-sundar, not of Alexandria which was not a neighbour. Presumption is about Kashmir which is beautiful (Sundar) land. But, it is name of a person who was king. Alekha name is popular only in Odisha, elsewhere it is Alakh. Reason could be that Indra as lord of east was called Lekharshabh (originator of Devanagari in association of Marut).

Arun Upadhyay is a retired IPS officer. He is the author of 10 books and 80 research papers.