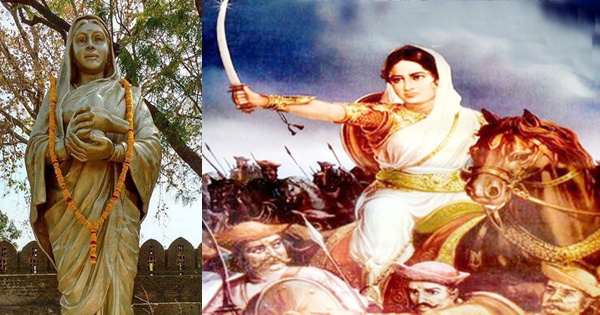 “One of the most acclaimed paintings of Abanindranath Tagore (Nephew of Rabindranath Tagore) was of Mother India or Bharat Mata. I am sure he had Rajmata Ahilyabai Holkar in mind while depicting this famous portrait.”

MAHESHWAR is a small town by the ghats of river Narmada around 95 km from Indore. A towering gate, a small fort confining a hamlet with many temples, a beautiful ghat along the banks of river Narmada and a small Rajwada or palace is conspicuous of this sleepy village now. A two storey white building with vigrahas or stone carved murtis spread occasionally along the Rajwada.

A tiny yet beautiful courtyard growing a special bel tree, a very small courtroom with a white marble statue (mostly like a sitting room) and a spacious private temple with few living rooms don the area. This is all about this Rajwada of Maheshwar. Here lived and ruled one of the most noble, saintly and efficient woman rulers of India –Rajmata Ahilyabai Holkar. If there is an epitome of Bharat Mata or Mother India it must be only Rajmata Ahilyabai Holkar!! 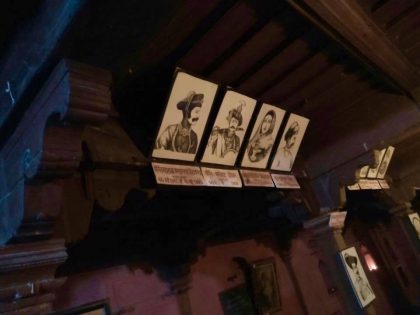 A simple woman from a modest farming background of Maharashtra to an able administrator and fierce fighter, Rajmata Ahilyabai Holkar was an extraordinary lady who successfully heralded Malwa region into its golden era during the 18th century. Her husband Khanderao Holkar was killed in the battle of Kumbher in 1754. After the death of her father-in-law Malhar Rao Holkar 12 years later, she was crowned as ruler of Malwa. She herself led armies into battle and protected her kingdom from Muslim invaders.

During her reign, trade, farming, textile (Maheshwari handloom), culture, literature, religion everything flourished. Indore was transformed into a major city from a very basic village. 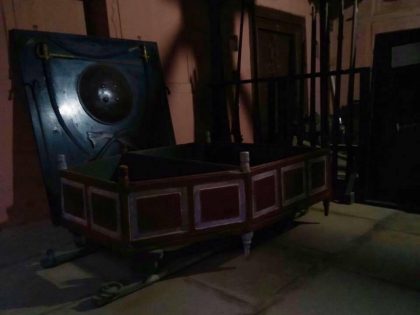 Rajmata Ahilyabai Holkar’s private temple inside the Maheshwar Rajwada still displays several Shiv Lingas and many deities collected from all over India. She was a very religious lady yet she stood like a rock as a Queen for protecting her people, especially the poor and widows. Ahilyabai’s courtroom was open to anybody at any point of time, where she did justice. 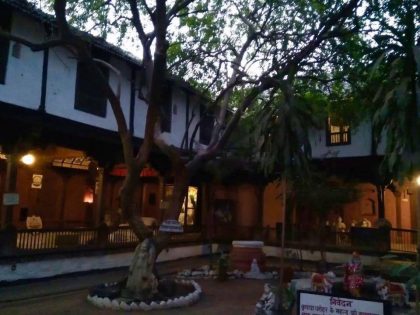 Rajmata Ahilyabai Holkar was an incredibly courageous, brave and noble woman who took up the job as Queen of Malwa under the Maratha confederacy after the demise of her husband and only son. Yet she lived an extremely simple and pious life in a very humble Rajwada at Maheshwar with a vision unparalleled in the history of India.

She is still alive in the premises of all major temples of India where she continuously contributed. Even now I am sure Ahilyabai’s soul is omnipresent, full of devotion around all the temples in India and silently rests at the Narmada ghat every evening during the time of aarti. Rajmata Ahilyabai Holkar lives forever as an incarnation of Mother India or Bharat Mata!!  Our salute to such a great lady!! 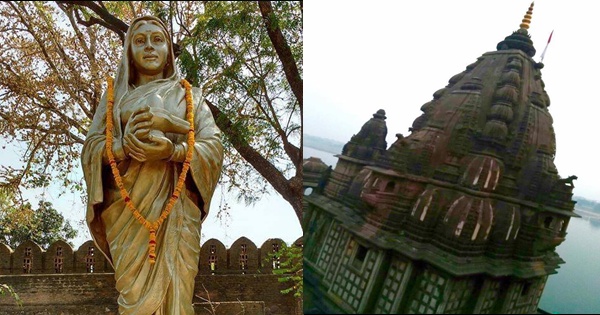 If you want an instant peace of mind, spend an evening at the Maheshwar Rajwada, sit by the ghats of the Narmada river, listen to the melody of soft bhajans and aarti and close your eyes for a while. You will experience the divine aura of Rajmata Ahilyabai Holkar!! Don’t miss this experience…