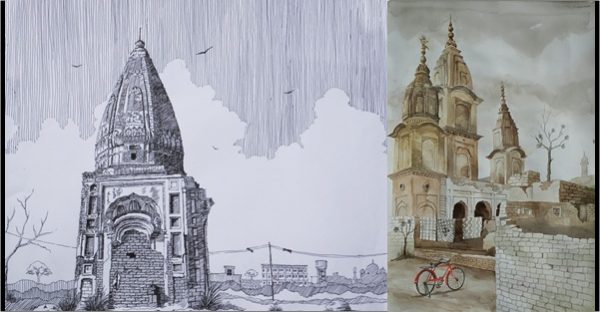 Thousands of Hindu temples dot the Asian landscape. Many of these heritage temples, dating back to hundreds and thousands of years, were destroyed by Islamic invaders to the extent of being razed to the ground. But the ones which still exist suffer in sheer neglect, apathy and ignorance.

As dilapidated and disintegrated ruins today, these temples once enjoyed the power of the prayers of millions of Hindus and influenced the fate of devotees. Many of these represent architectural, historical and cultural heritage of the bygone era, the beliefs of our ancestors and the roots of our identity and lineage.

Nobody knows about the historicity of many old heritage Hindu temples linked to our ancestors, forefathers and our glorious heritage. There is no proper compiled information till now. There is no history about our temples except about a few renowned ones. Those structures are many centuries old, some even before Christ was born.

We have no access to the ruined temples in Pakistan or Bangladesh but we can definitely try and renovate 700-800 odd temples in India where worshiping can resume. Can’t we? We need not depend on the government but we can generate funds and do it as Citizens, maybe with involvement of experts (architects, civil engineers).

Can we promote awareness of the pathetic state of the historical temples through Social Media?

Let us make every Indian know about the neglected shrines and try and restore these great monuments of our Hindu heritage in India at least. 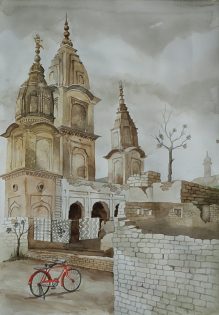 Painting of Temple in Taxila by Ratno Rudra

One of the featured painting is a temple in Taxila, constructed in 1932, Pakistan where once Mahadev lived. Before partition there was a considerable Hindu population in Jehlum, which have all vanished – either converted to Islam or migrated to India. The vanishing Hindu population left behind these magnificent places of worship, which have now been encroached by Muslim migrants from India and Kashmir and are in miserable condition. 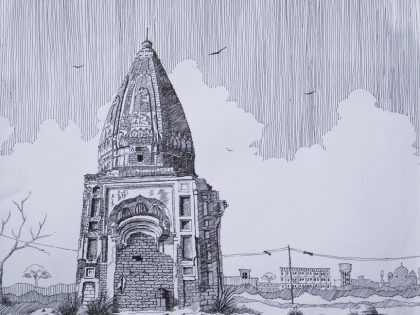 The other temple in black and white is also a Shiva temple in Sanghoi village of Gujranwala district of Punjab in Pakistan. The Shivling was thrown out and destroyed after partition and it’s currently lying in a dilapidated state, almost in ruins.