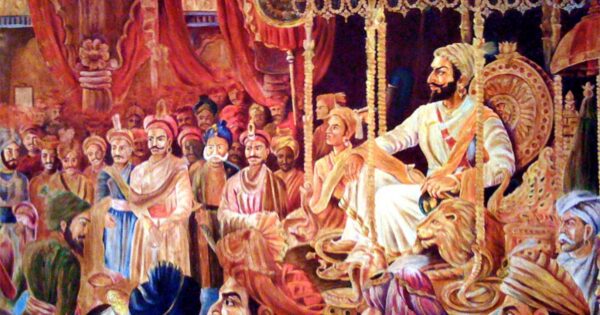 The purpose of strategic analysis is to seek actionable insights into the geopolitical ecosystem surrounding a country (or the competitive landscape surrounding a company). The note below seeks to present a 5-pronged analytical framework, comprised of the Awareness (Sanskrit बोध) of five factors, viz., Individual Self, the Collective, Danger, the Enemy and Power Dynamics.

Most such analytical frameworks focus only on the outside, and they ignore the inside substantially, if not fully. The Five Awarenesses model seeks to integrate the inside (Self, History) with the outside (Danger, Enemy), and then overlay it with the core of geopolitics, viz., Power Dynamics. This integration is important because the cognitive capacity and strategic perspicacity of a nation’s political elite (or a company’s top management and the Board) is deeply influenced by their individual life experiences which are, of course, the summation of their family background, education, professional experience, social environment etc. It is also related to the Japanese Buddhist concept of Esho Funi, which means ‘’Oneness of the Individual and the Environment”.

The trick, however, is to neither define oneself so narrowly that empathy is lost and social cohesion becomes difficult, nor so loosely that the identity itself becomes fuzzy to the point of giving rise to confusion. Monochromatic identities don’t serve sophisticated complex societies well, so a multi dimensional identity is what’s often required.

2. ItihaasBodh (इतिहासबोध) – Awareness of the history of one’s people / country

ItihaasBodh is the calculus-integration of AtmaBodh across a group (usually a nation, but it could be applied to a company / family). That is, it is the aggregate AtmaBodh of a group.

AtmaBodh and ItihaasBodh together shape the National Narrative that underpins strategy formulation, the conduct of diplomacy, threat analysis and so on (Refer Note 2 in the Appendix).

It answers these questions – What are the early signs of a problem/crisis? How do we capture horizon risks?

To the extent we can forecast a crisis, or define what it looks like, how do we prepare ourselves to tackle it if it actually fructifies?

If it is a friend, what am I going to do to reinforce the historical friendship between us? If it an enemy, then based on their historical behaviour, should I aim to just keep them out of my inner circle and its periphery, or should I refuse to take the risk of them lurking around and, therefore, go out to annihilate them?

Those who cannot remember the past are condemned to repeat it – George Santayana (Spain and US, 1863-1952).

This is a mirror image of ShatruBodh. Who has historically been a friend? What do their actions rather than their words, indicate – both in the present and in the past? Is there a long-term strategic convergence between the two parties or is this an opportunistic alliance for one whereas the other is investing too much strategic capital in it? Can we rise above Virtue Signalling and critically examine the declarations of friendship made by the other party? How does a Party declaring itself to be my friend, interact with those who are my enemies? Is this supposed friend really a friend or just the Least Worst Choice?

What are the strategic aims with which we entered the battle or geostrategic tussle? Have those been achieved? Are we focusing only on the short-term goals, so as to defuse stress, while ignoring our longterm goals, perhaps due to real or perceived resistance and interference from other Great Powers, or even due to lack of clarity on our part, arising out of lack of the other Bodhs like AtmaBodh, ItihaasBodh, ShatruBodh and ShaktiBodh? Is a stalemate to be treated as a Victory, in view of the evenly matched strength of the two parties? Are we behaving like victors? Or are too soft and too nice to the vanquished enemy?

What does full comprehensive Victory look like, in this particular battle or geostrategic tussle? Have we achieved that? Have we degraded the enemy’s capability to wage another war or commit a geostrategic attack? Have we thwarted the enemies’ aims, comprehensively, or at least substantially? If not, what are the missing elements? Are these missing elements, significant? Or, recognizing that the world is not perfect, can we let these unfinished tasks remain unfinished, to be completed on the diplomatic table or in a subsequent skirmish?

ShaktiBodh refers to the sense of power, or to be more precise, understanding of power dynamics among the various dramatis personae, both in a given situation as well as conceptually across time and place.

ShaktiBodh primarily pertains to Political Power but since Political, Economic and Military Power are inter-related, this Bodh contains all the 3 elements. It is noteworthy that all these three kinds of Power are collective phenomena, that is, it takes “Collective Thinking and Collective Action” (CTCA) to create, wield, sustain and project them (as contrasted with Star Power or Academic Power which are mostly created and possessed by an individual).

Although ShaktiBodh is listed last, it is the culmination of the preceding four Awarenesses. In fact, a nation or society that fails to master and harness ShaktiBodh (Power Dynamics) will, sooner or later, be vanquished by one that does, rendering the former’s accomplishments in all other non-Power domains useless. In the post-World War II era, while the drama of geopolitical power projection is played out on the economic front-stage, there is fierce politico-military activity in the green-room back-stage. Populations that are naive with respect to ShaktiBodh end up disempowering themselves. They remain de facto powerless even when they acquire de jure power.

Note 1: Extract from The Theory of the Clash of Civilisations by Samuel Huntington.

In the late 1980s the communist world collapsed, and the Cold War international system became history. In the post-Cold War world, the most important distinctions among peoples are not ideological, political, or economic. They are cultural. Peoples and nations are attempting to answer the most basic question humans can face: Who are we? And they are answering that question in the traditional way human beings have answered it, by reference to the things that mean most to them. People define themselves in terms of ancestry, religion, language, history, values, customs, and institutions. They identify with cultural groups: tribes, ethnic groups, religious communities, nations, and, at the broadest level, civilizations. People use politics not just to advance their interests but also to define their identity. We know who we are only when we know who we are not and often only when we know whom we are against.

Note 2: Life Stories by Julie Beck (The Atlantic): How you arrange the plot points of your life into a narrative can shape who you are—and is a fundamental part of being human.

The author is a banker by profession but a keen student of history, of the rise and fall of civilisations and of geopolitics, by passion. He is particularly interested in connecting the dots of the past to draw lessons, and then to attempt to draw the contours of the future, as best as possible.

Congress-AIUDF Alliance in Assam and Changing Demographic Equations: An Analysis

How Vedic Literature is the Father of Modern Knowledge; An Analysis