Why Is It a Fashion to Declare Hindutva as Bad, Hinduism as Good 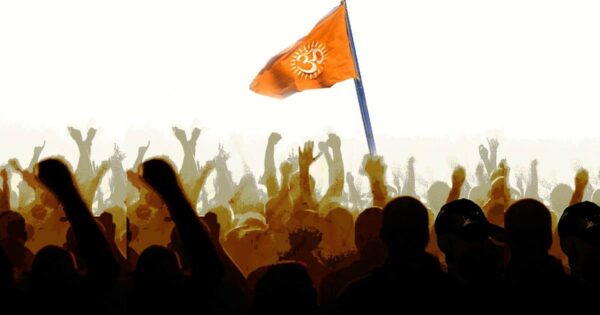 It is becoming a fashion to declare Hindutva as bad and Hinduism as good, mostly by people who don’t know from own experience what it means to be a Hindu, like recently Rahul Gandhi or before him Salman Kurshid.

Yet there are also people with Hindu names who endorse this view. Recently there was an article in Garhwal Post by Dr Satish C. Aikant, who felt that Salman Kurshid, “by denouncing Hindutva for its deviation from Sanatan Dharma, he was indeed making a case for Hinduism.”

I wrote a reader’s letter to Garhwal Post. Here it is:

This refers to your article “Quibbling over Hinduism and Hindutva” dated 12.12.21

The author writes, “It can be categorically stated that Hinduism and Hindutva are distinct and oppositional in nature. The distinction is however academic and cannot be appreciated by the common man.”

Isn’t this a bit arrogant towards the ‘common man’? Is this distinction not rather an academic and not very honest hairsplitting? Hindutva is the Indian word for what the British called Hinduism.

Yet it is true, Hindutva denotes nowadays a more outspoken Hinduism. Do you remember the early days of the internet, when the so-called “internet Hindu” was attacked for standing up for Hinduism? Now, instead of the “internet Hindu”, it’s called Hindutva, and certain sections of society are not comfortable with the fact that the “meek Hindu” found out that his tradition is actually not at all as bad as it was made to be by the colonial power, and that in fact, it is superior.

Now when I say ‘’superior”, those who are attacking Hindutva as bigoted and dangerous, may feel vindicated, saying, “Look, Hindutvadis are supremacists. They need to be stopped. They will persecute those of other religions.”

Do those people/ academics even know what Christianity and Islam claim? These two religions do not postulate that they are superior but they assert that they are “only true” and that all those who don’t accept this, will burn in hell forever.

The claim of being superior is open for enquiry and debate. Daily during shopping, we need to choose between superior and inferior things and will choose the superior quality. Yet “only true” is different. It is not open for enquiry or debate. It is an absolute claim which, however, is not backed up by any evidence. It is based only on the words of the founder of the religion, which has to be believed blindly (and which were written down sometimes centuries after he allegedly spoke them….)

Here the academics should come in and sort out the reasons why ‘religion” has become so intolerant and violent, and has cost millions of lives ever since “the only true” religions appeared on the scene. Hindus have been the victims over a thousand years. The still are, just look to Pakistan or Bangladesh or even India. What hinders academics from looking at religions honestly?

Hinduism or Hindutva is interested in genuine spiritual upliftment.

Can this be said about the “only true” religions?? Yet these have one great advantage: they have many apologists whose dishonest views are inexplicably amplified by mainstream media.

Why Academic Study of Hinduism and Historical Aspects a Must Now?