Why Academic Study of Hinduism and Historical Aspects a Must Now? 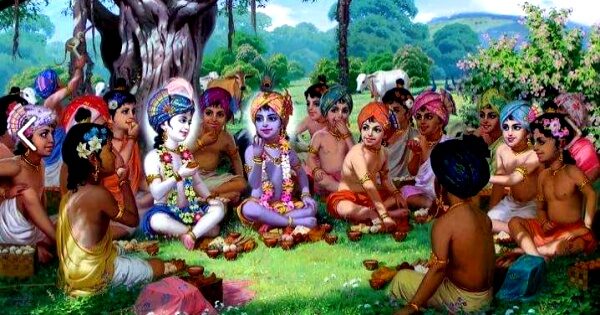 In these trouble times where past horrors of segregation, slavery, believers vs non-believers is disturbing Social harmony, it is time for a HONEST Academic Study of Hinduism with benign purpose of understanding its tenets and its message of “The Whole World is One Family”.

The purpose of Academic research is to seek truth and new knowledge of any subject which enhances social development. Such research is generally one of the integral responsibilities of a faculty member at academic institutions, and involves months or years of work, can include analysis of large data sets and carefully conducted experiments. An academic research could be a groundbreaking work in a new subject area , or contributing incremental knowledge in a subject that may have been studied for years.

Academic study of religion is concerned with studying people, their beliefs, behaviors and institutions, but does involve the theology around “Gods and Goddesses” of the concerned religion. Academic study of religion — which in the US is also called as “History of Religions” is concerned with judging such things as historical accuracy e.g (did Saraswati river exist or not ) and descriptive accuracy (e.g What to Hindus mean when they say “Ekam Sat Vipra Bahuda Vadanti”).

Existing research around religions and journals of history are influenced greatly by European expansionism and colonialism during the age of discovery, religious bigotry and with a mission of mass conversions. So wherever the colonizers landed, they considered the native practices with contempt. Therefore, it’s not surprising, that the existing chronicles of Hindu religion seem to be influenced by the European colonizers based on their subjective understanding, and an evaluative comparative method in the cross-cultural study of people’s religious beliefs as “Our’s” and “their’s”.

An unbiased academic study of historical aspects or claims of Hinduism, some of which I have listed here:

3. Temples in Ellora, Tirupathi, Thanjavur Brihadeeswara Temple and so many others, that have perplexed the archeologists of today of their massive structure, artisanship, endurance against natural elements for centuries.

1. Social structure of the society.

3. Methods of education and training.

4. Economy of those times.

5. Trade and Travel with the outside world.

Such a research could potentially unravel if the inventions claimed by the colonists, were usurped from the colonies. Could it then help us honor the true owners of those inventions?

Hinduism has vast amounts of literature written in multitude languages, written to positively influence psychological development of the society; however, even the most well-read Ramayana and Mahabharata, are not well understood by the society. An academic study of Hindu literature will not only help in a better understanding of Hinduism for its own flock, but also educate the outsiders whose understanding of the religion is based on the biased observations of the colonists. There was plentiful work done during the golden period of Hinduism in Bharat before Islam and European occupations, in the field of Mathematics, Cosmogenesis, metaphysical nature of the world and so on, should be researched and presented to the current day society to appreciate it while also immensely benefit from it.

Further, there has hardly been any methodical research on the works of Patanjali’s Yoga-sutra and development of Ayurveda which has resulted in a situation where there is an increasing number of people globally adopting these practices for wellbeing, but there is a lurking doubt as there is no clear understanding of the underlying mechanisms. Academic research around the impact of this age old science on human wellbeing, could immensely distance it from Voodoo science as some think of it.

Hinduism’s core-principles of life around Dharma, Artha, Kama and Moksha have significant impact on Hindu thinking and thus on every aspect of life of its followers. The concept around rebirth after death is unique to Hinduism, and it influences the actions in the current life. Also, the concept of Brahman pervading in every creation leads to respect of nature, which can be seen through its many deities having their favorite plants, and animals as their vehicle. An academic study of these concepts and its influence on civilization has probably never been done. In my opinion, an unbiased study by the academic scholars both insiders and outsiders could immensely understand and appreciate the Hindu thinking that promotes harmonious living with Nature.

From the perspective of Hindu society, academic research and journals released would help it to be more confident about its identity; outsiders will understand a civilization and its deep philosophical thinking that has helped it sustain for millennia. Extraneous benefits could be reduced attacks from Hinduphobia intellectuals, and from Abrahamic religions and help cease religious conversions.

This article was first published at Medium.