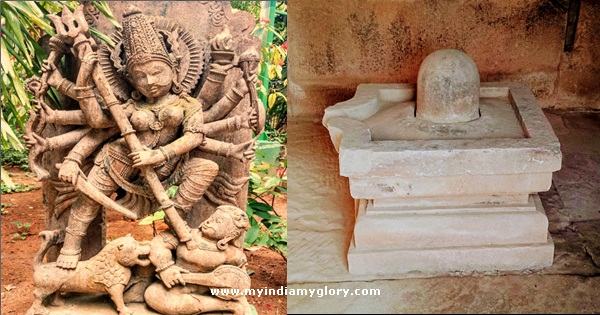 “Why isn’t my child able to defend his religion like children of other faiths in his school?” A father asked me. The anguish in his voice was palpable. The others around nodded their heads. They were parents with growing up children. The men and women were all Hindu Americans.

The men and women were first generation expatriates having settled in USA a decade or more ago. They had come following the American dream, having migrated from India. Now they had school or college going children and like all parents were concerned the way their children faced bullying and harassment in school especially around religious rituals and customs.

“What do you mean by that?” I asked him.

He shared an incident where a Jewish boy in his son’s class had been mocked by a fellow student for his religious practices. The boy had reacted with anger. He had faced him in the eye, banged his fist on the table and shouted at him and not stopped till he gave an apology. He had told him not only why he was wrong but threatened to drag his family to court. His parents had to come to school to apologize. “How could a ten year old boy do all that?”

“Why don’t our children do that?” he had lamented.

“Does your son ever face it?” I asked.

“Yes, he did,” he answered. “The other students mock him about Hindu deities. They had shown him a picture and teased him. Once it was about the shape of ‘Shivling’, the hands of ‘Durga’ and then ‘Kali’. They had asked how he can pray to such horrible things and about his religious beliefs.” 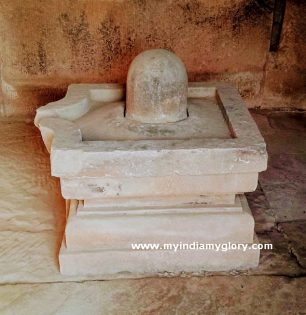 A 9th century Shivling in the Garbhagriha in one of temples in Bateshwar Group of Temples site, MP. Image courtesy: Manoshi Sinha

“He said he became silent and came home and cried. Since then however much we have tried to encourage him to tell him off, he says he can’t do so. The other day he told me he feels ashamed to be a Hindu. I have a gut feeling that when he grows up and moves out he will convert to the dominant religion.”

The other parents around the table nodded. One of them said, “We all feel that a couple of generations down the line, we will lose our children to another religion.” They shared their experiences one by one. Many of them said while their children go through similar experiences, they ask them to keep quiet, often out of shame, not wanting to admit to themselves, their friends and family that the American dream with which they came to America was not so golden after all.

“What have you done to teach him to face this situation?” I asked the parent who had started the topic. “To make him like that Jewish boy?”

“I brought all the books on religion meant for children from India. I got him to read all of them. My wife and I have decided now we will go to India every year and take him to religious places. I have brought every book meant to give a religious base to our children. I got comics to read and for him to understand his religion and feel pride, watch videos. But nothing seems to have worked,” he said. “That is the time I wish we were in India. At least in schools there he won’t face this. My wife and I shudder to think that one day when he is an adult, he will come to us and tell us he has converted.”

“This is a fear that many parents have,” one of the others said. “We see our children being defensive about their religion and associating with it. They feel the word ‘Hindu’ is associated with shame.” One of the parents added, “In my office, when the talk of religion begins, many Indians move away and begin saying they are secular or atheists. Some even deride Hinduism and its practices to appear secular.” 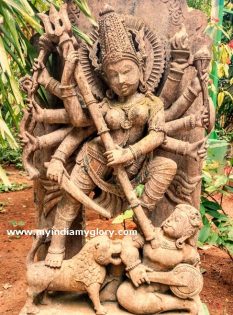 “Why do you think the Jewish boy could defend his faith but your son couldn’t?” The Jewish boy was young, doesn’t perhaps understand the meaning of rituals, yet felt he had to defend himself and his religion. He didn’t enter into an intellectual discussion with them. He fought back. Where is his anger coming from?”

“I wish I knew,” the parent answered.

“There are two Hinduisms today,” I answered. “One that gave the world the scriptures like Bhagwat Geeta, the Upanishads and the Vedas and the other where the adherents of Hinduism fought back and didn’t cave in despite attempts to convert them, even through torture. It is a story of struggle by our priests, unknown Hindus who chose to be a martyr, die with honor rather than submit to coercion. Have you ever taught this to your son?” I asked.

“I don’t know it myself. Did it really happen?” said. “And even if it did, how will that help my son?” he asked.

“The Jewish boy in your son’s class you admire so much, draws his inspiration not from his scriptures but from his Jewish history and the lessons taught to him about it. Drawing from the stories of struggles of his ancestors, his parents have taught him how they defended Judaism and his role in defending his religion and advancing it further. His parents have filled him with emotions that make him rise up on every occasion to defend himself whenever someone attacks him.”

“From the moment he became old enough to read and write and understand, his parents like countless other parents of his generation thought him to be fit enough to listen to those stories and told him to defend his faith. He has learnt it. It wasn’t inborn.”

“So, is that how their children grow up different than ours?” he asked and said now he understands why his children become defensive.

“Remember the other faiths, often deride, mock and ridicule our rituals and traditions and this is what their children learn at home. To hear day in and day out our God is the only God, that our religion is the closest to the creator, many children develop a ‘holier than thou’ approach and begin doing what their families, their priests and religious places of worship teach them. Faced with that and the Indian parents’ obsession to act secular, it puts your child in a defenseless position where he can only feel ashamed and vulnerable.”

“How do we teach our child to defend and hit back when attacked about their faith?”

“Is it enough to believe as many do that going to temples, reading scriptures will make us effective as Hindus and Hinduism to flourish or even continue?”

Can we defend ourselves like that? For how long?”

Will we not get annihilated with the spate of conversions and encroachment on religious freedom?”

“Do our children not need to learn to face a world where it is his religion vs others, where others try to indoctrinate and mock him about this faith?”

When those of other faiths are creating a Frankenstein in a child’s mind that only his religion is right, should we continue to teach naive, inane messages that all religions are the same and it is the same God only called by different names?”

“Will such knowledge help our children to defend themselves?”

“Several years ago, while staying with a Jewish family in USA, the talk had ended with holocaust. Their children were sitting with us and I had wondered if the children should listen. Sensing my doubt, the father had said, “The children know everything there is to know about holocaust and our historical persecution. The other day in his school, a student teased my son that he will burn him alive in gas chambers. My son shamed him and he had to apologize.”

“How much do you tell a child about atrocities and genocide? What about a childhood that may be lost under such coaching? Won’t they distrust the world?” Questions flooded my mind.

The answer he gave had me stumped. “The Jewish people learnt long ago if their children do not become aware of the evil it will annihilate them sooner than they know.”

The Hindu society for the past one thousand years has lived through slavery, iconoclasm and annihilation that almost erased it out of existence from many places.

Seeing my face, he had said, “Our children begin to learn about the evil the same time they learn how to speak.”

Like the Jewish parent, the Hindu parent of today is beginning to learn that the most dangerous enemy to preserve the Hindu faith is not an assault by other faiths on his religion but indifference to one’s own religion believing somehow it will survive itself.

This myth nurtured through denial is better relegated to the background and its place be taken over by fearlessness and courage, qualities Bhagwad Geeta teaches us to imbibe for the protection of ‘dharma’.